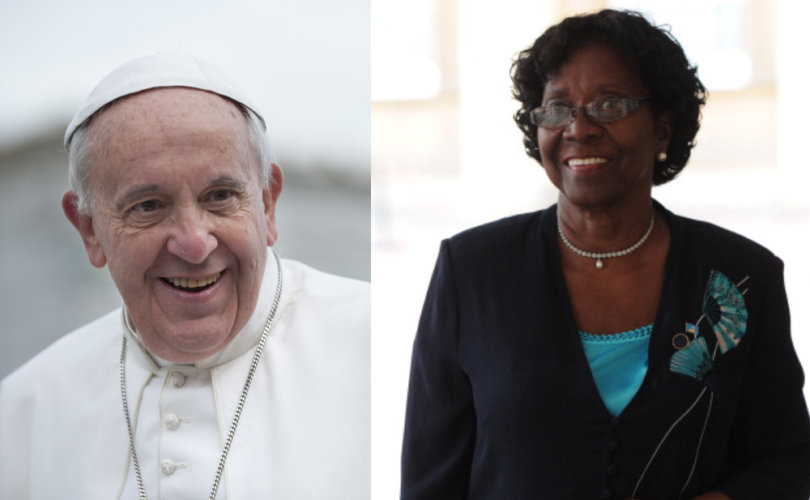 (LifeSiteNews) – Cicero sagely observed corruptio optimi pessima, that is, nothing is worse than the corruption of the best. It follows, therefore, that the greater the actual or perceived excellence of an institution is, the harsher will denunciations of its corruption be.

Institutes of excellence – such as the Nobel Prize Foundation, the British Monarchy and the Catholic Church as a human institution – must, in order to protect their integrity, always ensure that those to whom they grant awards are truly worthy of them. Currently, the British honors system is under a cloud due to issues surrounding the worthiness of the recipients of its awards.

Michael Fawcett, Prince Charles’s closest aide and chief executive of the Prince’s Foundation, is one cause of such a cloud. The Sunday Times found that Fawcett had “offered to help to secure a knighthood and British citizenship” for Saudi businessman Mahfouz Marei Mubarak bin Mahfouz, who had given £1.5m to Prince Charles’s charities.

A greater shadow has been cast by the knighthood of former Prime Minister Tony Blair, which has rankled public opinion to the extent that a petition for it to be rescinded gathered more than a million signatures in two weeks.

The present public outcry is evidence that he is not considered worthy of such an honor: an honor whose value has now been brought into question. This is due not only to his shameful role in the Iraq war, but also on account of his 2006 scandalous “cash for honours” affair.  In this latter incident, Blair was embroiled in a 16 month political corruption inquiry, due to complaints that he had nominated four wealthy businessmen for peerages after they had loaned his Party a total of £5m.

In 2012, Father Michael Seed – one of Britain’s most prominent Catholic priests, a close associate of Tony Blair and ecumenical advisor to the Archbishop of Westminster – was suspended from his order, the Franciscan Friars of the Atonement. The Mail on Sunday uncovered evidence that Fr. Seed had “agreed” to arrange a papal knighthood for Hezi Bezalel, an Israeli arms dealer, in return for a £45,000 donation to charity.

By association, the Catholic Church was brought into a cloud of disrepute by Fr. Seed’s lifestyle. Despite the excellence of Her faithful members, the saints, the Church stands condemned by the corrupt behaviour of those of Her members who neither truly believe, nor fully embrace, nor faithfully live Her teaching.

The siren song of a new springtime in the Church was composed to drown out the howl of the cold hard winter of the decay of faith, the putrefaction of worship and the degeneracy in morals.

The malignant and unheeded origin of this corruption has already metastasized into a gangrene where those who promote, or at least, remain neutral on the increasing de-Catholicizing of the Church are valued and rewarded, while authentic Catholics are ignored if not actually sidelined and worse still, subjected to all manner of denigration.

The undermining of Catholic values, like some malignant cancer, moves forward on all fronts with knaves and miscreants contriving to arrange the conferring of honors on the undeserving. What is being done at the centre is percolating to the peripheries.

As a case in point, one need only consider that a papal knighthood was granted to the two major players in the legalization of abortion on the Caribbean island of St. Lucia, the only country carrying a woman’s name.

The first, Julian Hunte, was the President of the United Nations General Assembly when the issue was being debated. He actually returned to St. Lucia to cast the deciding vote for passage of legalised child killing. He was awarded a papal knighthood the following year.

More recently, a papal knighthood of the order of St. Gregory the Great was conferred on Dame Pearlette Louisy, the second major player. Dame Pearlette, who was knighted by Queen Elizabeth II in 1999, is distinguished as Saint Lucia’s first female Governor General, the longest serving Governor in the Caribbean, and the island’s wealthiest woman.

However, her Catholic femininity and integrity is the epitome of the gold that does not glitter. The issue of legalizing abortion was raised and debated during her tenure as Governor General.

Ignoring the agitation and social protest by both Catholics and non-Catholics alike, she readily assented, approved and signed for the legislation of the wilful murder of the innocent, in a supposedly predominantly Catholic country.

— Article continues below Petition —
PETITION: STOP Medical Discrimination at the Ronald McDonald House!
Show Petition Text
17019 have signed the petition.
Let's get to 17500!
Thank you for signing this petition!
Add your signature:
Show Petition Text

In his famed letter of 2002 to then cardinal, but now disgraced and defrocked pederast Theodore McCarrick, Cardinal Joseph Ratzinger, Prefect for the Congregation for the Doctrine of the Faith, ruled that Catholics who publicly promote or support abortion should not be admitted to Holy Communion.

When acquainted with the Church’s ruling, Dame Pearlette vociferated “What do you expect me to do? I shall have to resign if I don’t sign, and who will give me a job?” She signed. Immediately, the slaughter of unborn St. Lucians occurred and at such a rapid and alarming rate that, ten years later, Dr. Kenny Anthony – the same Prime Minister who orchestrated child killing – saw and lamented the closure of schools due to under-enrolment of primary school age children.

Like other well known heads of state, Dame Pearlette enjoys the favour of our liberal hierarchy. Since she goes to Sunday Mass, she is, they claim, a devout Catholic. Catholics, however, who attend daily Mass, practice spiritual exercises and various devotions, such as the Way of the Cross, are members of confraternities and Catholic associations, teach First Communion and Confirmation classes, support the St Vincent de Paul Society etc. are, in the eyes of the hierarchy, relegated to the class of ordinary.

Thus, the golden commitment of ordinary Catholics is trumped by the devout Catholic’s tinselled lip-service.

It beggars belief that a daily communicant and an ‘ordinary’ Catholic such as Sarah Flood-Beaubrun, who belonged to and promoted various apostolates in the Church and a supporter of Catholic action was overlooked.

Mrs. Flood-Beaubrun was the Minister responsible for women’s affairs when the abortion debacle surfaced in 2003. She was the only one in the 17 member House of Parliament to oppose the legalisation of child killing in Saint Lucia for which she paid the price. She was not only fired from her job but also expelled from the Labour Party which, in the divine order is not a bad thing.

The British monarchy and the Church have their hands full with the sexploits of their high ranking members, Prince Andrew and Theodore McCarrick respectively. It is this kind of situation that permits the rot to seep through to lower levels of the institution.

Abortion was legalised in Saint Lucia because of a confluence of several betrayals by ‘devout’ Catholics. First, that of the eminently devout Archbishop Kelvin Felix who gave the green light by guaranteeing the Church’s silence on the issue of baby killing.

And now, mission accomplished, the current Archbishop, Robert Rivas O.P., celebrated his 75th birthday by obtaining a papal knighthood for a key player whom he considers worthy. I am sure that King Herod, who celebrated his birthday with the decapitation of John the Baptist, would heartily approve of the conferring of such an honor that disgraces the Church.

Thank goodness there is a God in heaven who is not mocked. Whilst the blood of our little brothers and sisters cries out (Gen 4:10), the greater tragedy for the world is that the dragon’s voice is heard in the Church (Apoc 13:11). However, the Holy Spirit has already spoken and warned “Though they know God’s decree that those who do such things deserve to die, they not only do them but approve those who practice them.” (Rom 1:32)

With the growing exposure of the corruption which is endemic in our institutions of excellence, it is now better to be debarred from receiving a deserved honor than to undeservedly receive an honor which will disgrace the institution when skeletons mysteriously emerge from secret closets.