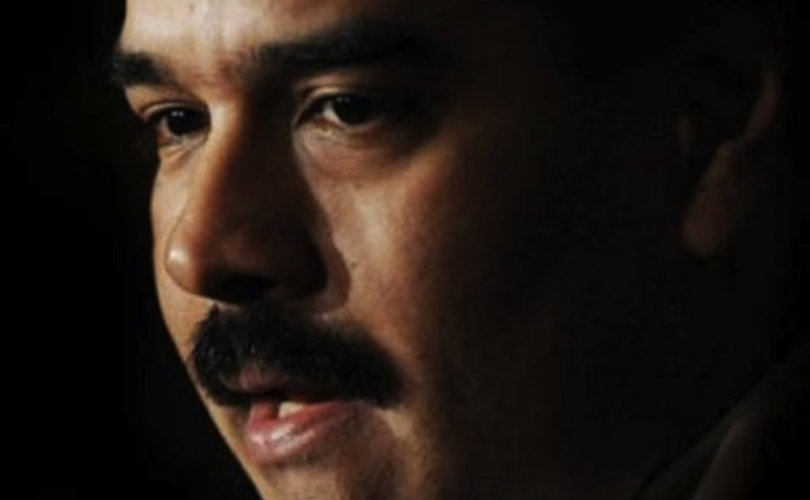 January 18, 2019 (American Thinker) – In the wake of Venezuela's President Nicolás Maduro swearing himself into office after a fraudulent election, the global consensus is that the regime ruling in Caracas is illegitimate. It's so bad that the news accounts call the Maduro regime “isolated.”

Brazil, led by President Jair Bolsonaro, not only refused to recognize the regime, but openly recognized the constitutionally mandated succession of the Venezuelan National Assembly's leader, Juan Guaidó. That's who's president to his country. Other nations, such as Paraguay, cut ties to the regime and pulled their envoys. The United States and Canada have come close to recognizing Guaidó as Venezuela's president, too, with secretary of state Mike Pompeo and national security adviser John Bolton (and Canada's Prime Minister Justin Trudeau) openly calling the regime “illegitimate.” All eyes are now on whether President Trump will make recognition of Guaidó official, which I think he will.

At his Jan. 10 inaugural, Maduro was indeed isolated, with just the pitiful support of socialist hellholes Nicaragua, Cuba, and Bolivia. Nobody else could stomach it.

Well, with one sorry exception: the Vatican.

According to an Agencia EFE report published in the Argentine newspaper Clarín, they actually showed the flag for Maduro, giving him that patina of legitimacy as everyone else decent stayed away and now are getting flak for it.

Here's the link to the account, which is Spanish-only, and here's a Google Translate passage with some tweaks and clarifications from me. I haven't seen this published anywhere else:

After the [local bishops from the] church of Venezuela lambasted Nicolás Maduro by calling him “illegitimate and immoral” on the eve of his inauguration, the Vatican sent a representative to the Venezuelan president's [swearing in] on Thursday, in a clear sign of support for the Chavista leader, leaving more than one of them surprised. This Monday, the Holy See came out to give explanations. And it justified the presence of the [Vatican] envoy [by] saying that the institution “aims to promote the common good, protect peace and ensure respect for human dignity.”

The new (interim) spokesman of the Vatican, Alessandro Gisotti, explained in a note that “the Holy See maintains diplomatic relations with the Venezuelan State, its diplomatic activity is aimed at promoting the common good, protecting peace and guaranteeing respect for human dignity.”

Therefore, the statement adds, “the Holy See has decided to be represented at the inauguration ceremony of the Presidency, by the head of business ad interim of the Apostolic Nunciature of Caracas (George Koovakod).”

This, at this point, is pure Mr. Magoo, and some miserable spin control.

That culpable blindness has pretty well been how the Vatican has done business with Venezuela since Pope Francis took the reins in 2013. Under his leadership, the Vatican tried and failed to negotiate a “peace settlement” with the Maduro regime about three years ago. It was junk diplomacy, then, because it came after Venezuela's opposition had tried to do the same thing in good faith for at least ten years. By then, the protests had grown massive and uncontrollable. Coming in after all that and pretending to be the peacemaker as if nothing had ever happened led to exactly the failure Venezuela's democrats said would happen. This was a totalitarian regime, and it was determined to hold power no matter what.

It was around this time that people were starting to murmur about getting a Pinochet of their own, given the regime's implacability, which the Vatican seemed to think it could march into and turn around. Of course, it failed.

Now the revolution has reached a different stage, and there seems to be a pincer move from both the U.S. and Brazil to oust Maduro by recognizing a new president. It's a delicate, dangerous operation, as the recent arbitrary arrest of Guaidó by Cuban agents a couple days ago demonstrated. This, after all, is a revolution, and it's been on “simmer” for about 20 years, but recent events suggest it's begun to move to “boil.”

Yet there the Vatican was, standing up and showing the flag for the Chavista status quo, which seems to be a hallmark of Pope Francis's papacy, in defiance of the warnings of the country's own bishops, who have joined the country's democrats.

Look at it this way: can you imagine Pope John Paul II sending in his diplomats to legitimize the military dictatorship of Gen. Wojciech Jaruzelski while it was in its showdown with Solidarity? Pope John Paul was with the democrats all along, and as they won freedom with the fall of the Berlin Wall and the Velvet Revolution, the Vatican in the end played a pivotal role for freedom. Poland, as a matter of fact, is one of the few countries in Europe where Catholicism is still significantly practiced.

No such luck in Venezuela. The battle lines have been drawn, and the first Latin pope and his Vatican bureaucrats have picked the bad guy, the ruling dictatorship, over the suffering people, all in the phony name of preserving peace, something whose potential came and went years ago.

Coming right on the heels of a recent scandal of a Vatican news site “congratulating” the Cuban Castro regime for 60 years of oppression, including oppression of the Catholic Church, one wonders what its real alliances are.

Venezuela is a hellhole regime at war with its own people, and it's eventually going to fall.

It's amazing that the Vatican is choosing to try to prop it up instead of supporting the people – and in defiance of the international community. Siding with Venezuela's democrats ought to be a slam-dunk for them, particularly with the diplomatic cover. All an outsider can ask in the wake of the Holy See's decision is, what do they stand for? At a historic critical juncture, they made their choice, and they chose poorly.