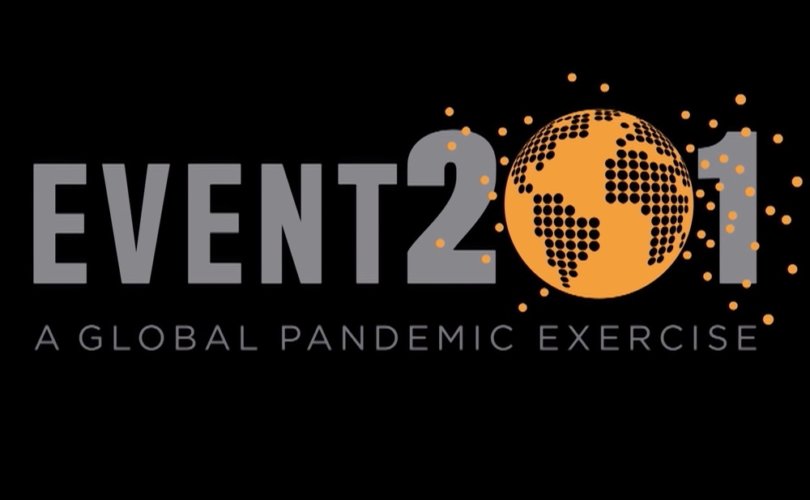 February 25, 2021 (LifeSiteNews) – In discussions on law or philosophy, one may read about what is described as a “reasonable person”. One definition of a reasonable person is:

A fictional person with an ordinary degree of reason, prudence, care, foresight, or intelligence whose conduct, conclusion, or expectation in relation to a particular circumstance or fact is used as an objective standard by which to measure or determine something.

There are many circumstances of the reported COVID-19 pandemic and those persons involved with the provision of COVID-19 information that the reasonable person described above may question.

A reasonable person is often prudent enough to look into and write about the possibility of the truthfulness of a hypothesis without suggesting the hypothesis is actually true. One of these hypotheses is that “SARS-CoV-2” is indeed a real coronavirus that has the potential to, like other common cold viruses, cause pneumonia in some persons, has been circulating for potentially years, is not more deadly than other common cold causing coronaviruses, but was and is merely being used as a fear causing mechanism to achieve goals like the defeat of President Trump, persecution of religion, and other potentially harmful draconian measures.

There have been multiple instances in which novel or new coronaviruses were discovered but were already circulating for an apparently unknown amount of time. It is possible, then, that a coronavirus could have been known to have been circulating by only a few persons before 2019 and then a planned “discovery” of the already known “novel coronavirus” was used as a terror-causing mechanism to achieve the aforementioned draconian goals.

This hypothesis would likely require at least some international coordination between multiple entities to deliberately falsify information  especially COVID-19 death counts and possibly hospitalizations. Hospitalizations may be easy to increase and over-state during a falsified pneumonia pandemic: prior to COVID-19 there were typically more than 4.5 million yearly outpatient and emergency room visits for pneumonia in America. Many of those were treated without hospitalization. But if most pneumonia patients are now hospitalized for treatment, then current hospitalization numbers will appear much higher than previous years. Those hospitalization numbers would not necessarily be the direct consequence of a deadly coronavirus pandemic, though.

A previous article discussed that in partnership with the World Economic Forum (which has supported population reduction) and the Bill & Melinda Gates Foundation, the Johns Hopkins Center for Health Security hosted a “high-level pandemic exercise”, entitled “Event 201.” Here’s the way that the event organisers described the event:

Event 201 simulates an outbreak of a novel…coronavirus transmitted from bats to pigs to people that eventually becomes efficiently transmissible from person to person, leading to a severe pandemic. The pathogen and the disease it causes are modeled largely on SARS, but it is more transmissible in the community setting by people with mild symptoms.

The “high-level pandemic exercise” was held in New York City on October 18, 2019, only a few months before the reported beginning of the COVID-19 outbreak in the U.S., also mainly in New York City.

A few of the participants in Event 201 may be worth noting. The “players”, described by the Johns Hopkins Center for Health Security as a “team of high-level decision makers”, included Hashti Taghi, the Vice President & Executive Advisor of NBCUniversal. NBCUniversal owns MSNBC, one of the most watched cable news stations in America, along with NBC Nightly News, one of the most watched national non-cable news programs. NBC Nightly News averaged 10.66 million viewers during the reported COVID-19 outbreak in New York City, which was up 39% year-to-year. This is not to imply that direct collusion occurred. The involvement of NBCUniversal in a simulated novel coronavirus pandemic exercise is mentioned here simply because it seems a bit out of place.

Another major participant in the simulated fictional novel coronavirus pandemic was the Director-General of the Chinese Center for Disease Control and Prevention (China CDC), George Gao. This is definitely noteworthy. One should be reminded that in October of 2019 President Trump’s American economy was exhibiting great achievements. President Trump was also involved with trade negotiations with China and China had already retaliated to tariffs by decreasing imports of American goods. So, during that time, the Chinese CDC Director-General was attending Event 201, an event simulating the potential destruction of America’s (and much of the world’s) economy with a novel coronavirus pandemic. Around the same time, President Trump had also publicized Joe Biden’s potential connections to China.

Avril Haines’ involvement in the simulated novel coronavirus pandemic is significant for several reasons. She was very involved with President Obama’s administration; she was President Obama’s “top lawyer on the National Security Council from 2010 to 2013 and CIA deputy director from 2013 to 2015”. It cannot be elaborated in this article but should be kept in mind that President Obama had called for a fundamental transformation of America. The response (rather than the virus itself) to SARS-CoV-2 has indeed fundamentally transformed much of America – into a socialist and draconian environment in many ways.

But another interesting entity which Avril Haines worked for is known as “WestExec Advisors”. WestExec Advisors was founded in 2017 by Anthony Blinken, Biden’s new Secretary of State and last year it was revealed last year that WestExec Advisors was involved with business in China, reportedly helping American universities receive money from China. Even popular politically liberal entities like Politico in a November 2020 article used Deep-State terminology to describe WestExec Advisors, calling it “a secretive consulting firm” which looks like “a government-in-waiting” for the Biden Administration. According to Politico:

The website for WestExec Advisors includes a map depicting West Executive Avenue, the secure road on the White House grounds between the West Wing and the Eisenhower Executive Office Building, as a way to show what the consulting firm can do for its clients…“It is, quite literally, the road to the Situation Room, and it is the road everyone associated with WestExec Advisors has crossed many times en route to meetings of the highest national security consequences,” the firm says.

WestExec is loaded with other former top Democratic national security and foreign policy officials who raised money for the Biden campaign, have joined his transition team, or have served as unofficial advisers.

To conclude the discussion, it is worth repeating the previous article which mentioned the U.S. CDC being influenced by the Bill & Melinda Gates Foundation and Bloomberg Philanthropies  two entities with politically liberal principles. Both entities also have direct connections to the provision of health statistics, including potentially COVID-19 death counts  the Gates Foundation through the obvious ties to Microsoft, and Bloomberg Philanthropies through the Bloomberg Data for Health Initiative, which collaborates with the U.S. CDC to develop health statistics systems in multiple countries. It is also worth mentioning that even the liberal media has questioned Bloomberg’s connections to China.

Now, if, and the emphasis is on if, SARS-CoV-2 is a coronavirus which mostly causes the common cold, was already circulating for years but not publicly identified until 2019, and was then used as a fear-causing mechanism to control populations and fundamentally transform America into a more draconian nation, then one might expect to see some coordinated activities between public health officials in China and the powerful U.S. intelligence community, “national security” entities, and other relevant foreign entities prior to and during the falsely reported pandemic. The above discussion provides examples of at least some outward collaborations between powerful public health entities, communist governments, and powerful persons with potentially vast ties within the U.S. intelligence community.

If the reported COVID-19 pandemic is not really a pandemic (or even partially false and partially true) it would involve the provision of false information which would be almost impossible to prove to be false. No matter how high or how low the number, it is nearly impossible to completely disprove what the CDC publishes as the COVID-19 death count. And it is the COVID-19 death count which is the major statistic used to enforce draconian measures. If COVID-19 is not killing many people, then there is no public health emergency, there is no reason for highly profitable and very dangerous human experiments with vaccines, and there is no reason for limitations to large gatherings like the Most Holy Sacrifice of the Mass and sporting events.

The “novel coronavirus” COVID-19 pandemic is a once-in-a-lifetime event; government response to this event is resulting in the achievement of many socialist-draconian wishes that most never thought to be possible in the U.S. The discovery that multiple persons with socialist-draconian backgrounds met to simulate a fictional novel coronavirus pandemic only a few months prior should cause the reasonable person to at least make a note of this unusual sequence of events.