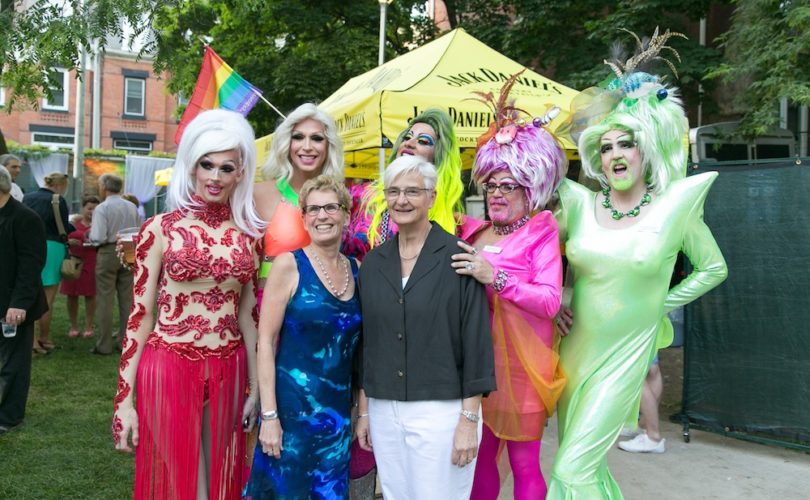 TORONTO, May 1, 2015 (LifeSiteNews.com) — Parents objecting to the Ontario government’s new, pansexual sex education curriculum should not be reassured by Premier Kathleen Wynne’s promise they can always remove their children when offensive lessons are taught, says parental rights advocate Lou Iacobelli.

Just look at the Tourloukis case, says Iacobelli, whose Parental Rights in Education Defence Fund is underwriting Hamilton parent Steve Tourloukis’ court action against that city’s school board. In late 2012 Tourloukis sued to get the board to notify him whenever homosexuality came up so he could prevent his children being indoctrinated with anti-Christian teachings. The suit goes unresolved.

“Three years later and they are still spending taxpayers’ money opposing this parent,” Iacobelli told LifeSiteNews. “If Wynne meant what she said about the parents’ right to opt their children out, they should be calling up Steve and apologizing for the cost, the suffering and the criticism they’ve caused.”

Tourloukis had objected to his children being subjected to lessons based on the government’s “equity and inclusive education strategy,” launched in the school system in 2009. It purported to teach that all people should be treated equally regardless of their sexual preferences.

But Tourloukis, a practicing Greek Orthodox Christian, believes that this policy was actually designed to erase the children’s home-taught moral lessons and replace them with the pansexual belief that anything consenting adults agree to is morally acceptable.

“We are engaged in a culture war,” Tourloukis told the B.C. Catholic.  “Children are on the front lines. Education is way to recruit child soldiers. In 20 years there will be no Christians left,” because of the public schools’ “unlearning process.”

Tourloukis contrasted the board’s treatment of Muslims and Christians, for example. While Muslims were allowed to leave class during discussions of Christmas and Easter, the Hamilton school board replied at the time that homosexuality was not a religious issue, it was an equity issue. While parents were indeed allowed to pull their students during discussions related to religion or morality, this could not be done every time homosexuality came up.

Board director John Malloy asked: What if a classmate being reared by a homosexual couple talked about his two moms? Removing Tourloukis’ children every time might harm or stigmatize that classmate.

Tourloukis isn’t the only parent to run afoul of “equity and inclusion.” The Toronto school board’s guidelines for incorporating it, called “Challenging Homophobia and Heterosexism,” clearly tells teachers, “If a parent asks for his or her child to be exempted for any discussions of LGBTQ family issues as a religious accommodation, this request cannot be made because it violates the Human Rights Policy.” Nor can teachers refuse to teach lessons they object to for religious reasons.

“If the government really believed in equity and inclusion for everyone,” said Iacobelli, “then Premier Wynne wouldn’t have shut down those four or five parents who met with her at Queen’s Park yesterday. She was adamant she wouldn’t change the curriculum. Where is the tolerance?”

Nobody would doubt Tourloukis’ thesis that homosexuality is being promoted in Ontario’s public schools who sat in on Pam Strong’s workshop for teachers at the Canadian Centre for Gender and Sexual Diversity’s conference in early April. Strong promotes same-sex “marriage” to students beginning in junior kindergarten. She described using her own homosexuality to reinforce a fairy tale about two princes getting married. When a brave pupil protested that this was just a story, she said, “It happens in real life too. I am married to a woman. I am gay. And I am in love with my wife.” In other words, park your Christian heterosexism at the Church door. Don’t bring it to school.

Moreover, the discussion of controversial sexual topics extends even into math class. At the same conference, activist-teacher Alicia Gunn explained how using math to promote the homosexual agenda in elementary classes helps her to “hide” it from parents.

“I find if you teach all the ‘isms,’ it kind of backs you. If I teach all the isms, and sometimes I can hide it a little bit in the math, and what I mean is I can say, ‘I’m just teaching your kid about division. I’m so sorry that you, you know, feel that way,” she said, to laughter from the other educators in the room.

Other evidence came from Toronto homosexual activist S. Bear Bergman in her March article in the Huffington Post titled, “I Have Come to Indoctrinate Your Children Into My LGBTQ Agenda (And I'm Not a Bit Sorry).”  Bergman, a woman who now prefers to be regarded as male and publishes school materials normalizing minority sexual behavior, wrote about her decades of working with children in schools. “I am here to tell you: All that time I said I wasn't indoctrinating anyone with my beliefs about gay and lesbian and bi and trans and queer people? That was a lie.”

Sanda Gwynne, a Pickering, Ontario parent, told LifeSiteNews that some teachers are jumping the gun and teaching elements of the new curriculum already—in grade one. “A friend told me her son came home after a lesson on gender fluidity afraid he was going to turn into a girl. This tells me two things. He and his classmates couldn’t comprehend the lesson and the lesson shouldn’t have been taught to that age group.”

Tolerance and equity have always been the cover story, in other words. As some parents in Ontario are finally realizing, the real goal is the indoctrination of their children into a new morality.