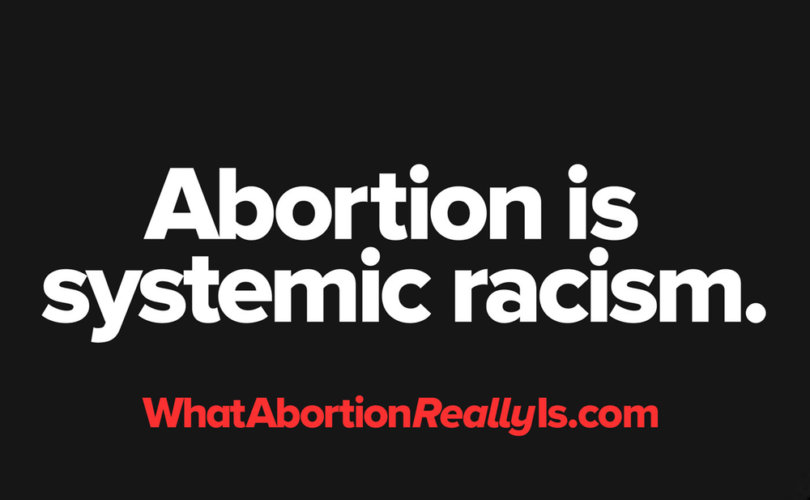 February 14, 2018 (Life Issues Institute) – Since the beginning, the abortion debate has relied on a war of words. Not only are semantics central to conveying a message on abortion, the venue that carries it is equally important.

A tried-and-true tool of pro-life communication in the 70s, 80s and 90s appears to be making a comeback.

In spite of having access to websites, email, texting and social media, the abortion industry has noticed our past and current successes with billboard messaging and is attempting to replicate them.

In both cases, abortion facilities launched the first salvo. Recent pro-life advancements may have triggered Abortion Care Network’s Bay Area billboard campaign. The California Board of Registered Nursing decided to give continuing education credit for training on abortion pill reversal; a January Walk for Life boasting tens of thousands of pro-lifers provided a huge wake-up call; and there’s been the general success of RealOptions Pregnancy Medical Clinics which has four locations in the Bay Area (along with other pro-life centers).

A stone’s throw away is a “Believe in Miracles” pro-life billboard with a father and infant. Additional text reveals a baby’s heartbeat can start as early as 18 days.

In Cleveland, the state’s largest abortion facility, Preterm, is utilizing a variety of billboards in an attempt to diminish the stigma of abortion. Two of them read, “Abortion is gender equality” and “Abortion is sacred.”

The Radiance Foundation and local area pastors and pro-life groups are responding with their own billboards that included “Abortion is Big Busine$$” and “Abortion is Regret.”

A Lesson in History

Those of us who’ve been in the pro-life movement long enough recall how pro-life billboards helped educate millions of Americans to the deadly reality of abortion during the 70s, 80s and 90s. J. C. Willke, MD, past president and founder of Life Issues Institute, and his wife Barbara were pioneers in visual pro-life education. I became a pro-life advocate in the mid-seventies because of their effective materials (I and countless others). A February 1976 Village Voice article called Jack the “visual aids guru of the pro-life movement.”

The brainchild behind designing these materials that spanned decades was a very unassuming man, Harry Reisiger, a former package designer for Kenner Toys. During the formative days of Cincinnati Right to Life, Harry’s wife, June, volunteered his services at an evening meeting. The rest is history. Tens of millions have seen and been impacted by Harry’s work. Jack and I worked with Harry to design a series of “Love Them Both” visuals in the 1990s and then handed them off to Cincinnati RTL to market and distribute. These graphics have circled the globe.

While it’s absolutely necessary that the pro-life movement adapt and effectively utilize modern technology, the abortion industry has recently reminded us how effective billboards still can be. And we need to remember whose shoulders current pro-life advocates stand on. They have been some amazing people.