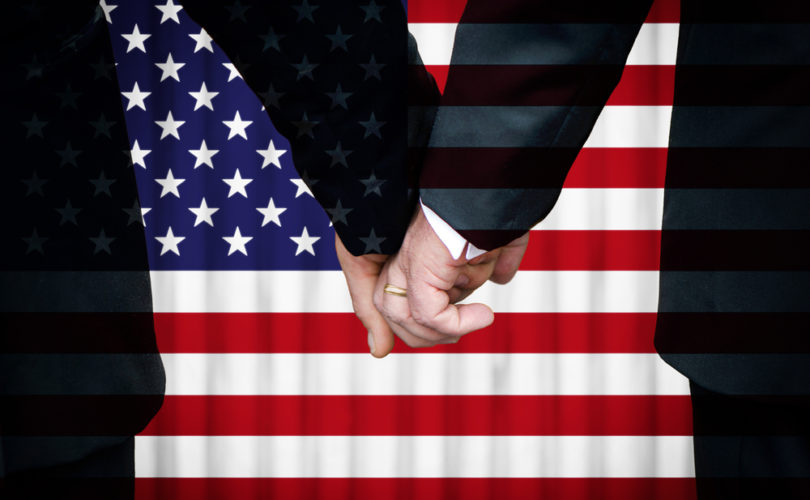 March 25, 2015 (CrisisMagazine.com) — The New York Times was abuzz March 5. The board of trustees of South Carolina’s Erskine College—a small, liberal arts college historically associated with the Presbyterian church—had issued a statement declaring that the school considered “all sexual activity outside the covenant of marriage [as] sinful and therefore ultimately destructive of the parties involved.” Not only did the trustees affirm what has been standard Christian belief and practice since … well, the beginning of Christianity, but they even stated: “As a Christian academic community, and in light of our institutional mission, members of the Erskine community are expected to follow the teachings of scripture concerning matters of human sexuality and institutional decisions will be made in light of this position.”

How would the trustees’ statement, worried the Times, be perceived by some homosexual and lesbian members of the volleyball and lacrosse teams?

What the Times did not worry about—indeed, did not even ask—was what vision of society underlay the self-styled “progressive” view?

Progressives generally perceive themselves as “socially conscious,” supposedly concerned with the “good of society” and the “commonweal.” The truth is: progressives really do not believe in society. They believe in the State.

Loud rhetoric about “social justice” and “concern for the community” notwithstanding, the progressives’ position has, at root, an impoverished view of society. That attenuated view of society, in turn, derives from their vision of moral values in the community, which one suspects is driven in large part by their commitments in the areas of life and sex.

For the progressive, what matters is the isolated individual and his will as it pertains to moral matters. In a toxic blend of three deficient philosophies—Ockham’s nominalism (perpetuated in American society through its Protestant roots), the social contract theory of the “Enlightenment,” and the Nietzschean Übermensch whose power and superiority is his will—the progressive gives us a lone individual who does not discover but who actually creates and constitutes right and wrong.

Thanks to the prevalence in some circles of the idea that traditional moral norms, which came to be dominant in Western civilization through its Judaeo-Christian roots, are thus irredeemably tainted, guilty by association with religion and thus debarred from any influence on a society in which church and state are separate, there can be no objective set of values against which the individual’s moral wants can be evaluated, much less denied. By driving common moral values off the social playing field, the individual’s wants can be weighed against … nothing.

Enter the State. A religiously neutral state is regarded—at least by progressives—as a state that is axiologically agnostic: the state can have no moral values of its own. The state exists simply to facilitate the moral will of the individual.

We know, of course, that the vision just described is untrue. There are communal moral values, including those whose origins may have been religious. People hold them. The fact that free voters in more than thirty states, in free elections, decided that sexual differentiation is relevant to marriage is one such values expression.

The problem for the progressive is that society is irrelevant.

For the progressive, society (to wit, the State) can facilitate the will of the individual (especially on issues of life and sex). Society cannot have any values contrary to the will of the individual, at least none that might influence, much less control, social policy. The society that decided, by its votes, that sexual differentiation is relevant to marriage, does not exist. It is to be muted, gagged, disenfranchised … and perhaps reeducated.

Thus, when a government endorses same-sex “marriage,” it is speaking for “society.” When a government refuses to do so, it is speaking for nobody. The voters who, in 30+ states decided by democratic referendum that sexual differentiation is a conditio sine qua non to marriage are defined out of “society” (or at least the part that can make policy).

Society, for the progressive, collapses into the State and the State, in turn, is just the individual writ large. The State, masquerading as “society,” cannot advance any other values position than that of the individual will because to do so, in a certain view of community, involves “religious imposition” or some similar boogeyman. The State must be agnostic vis-à-vis truth and values; those who press, in the name of some other “society” (e.g., the voters in 30+ states who enacted same-sex “marriage” bans, in keeping with what their society and, indeed, the West at large generally held for centuries) for public endorsement of their values must be swept from the public square.

But there’s another contradiction in progressive social theory.

On the one hand, progressives pretend that institutions have no moral values, no consciences. This attitude was prominent, especially in the summer of 2014 when, in the wake of the U.S. Supreme Court’s Hobby Lobby decision, proponents of forcing employers to buy abortifacients for their employees, conscientious objections notwithstanding, simply denied institutions can have consciences. They ridiculed the idea that a company can have—much less act—on a moral position. “Corporations don’t have consciences.”

So we know from experience that progressives really don’t believe what they say about institutions not having consciences or moral duties.

But even if we were to follow the progressive line to its logical end, it would follow that the State should also have no moral conscience. But progressives quite expect it to have a moral conscience—the moral values of the individual—and to bring the full weight of State power to bear on those who might embrace and dare to act on any other values, like the butcher, baker, or picture taker who choose to dissent from being part of the “memorable moments” of what the State now calls “marriage.” Suddenly, the State becomes not only conscience but moral enforcer, ready to crush the grandmother florist who goes to Mass in the morning but does not want to do Adam and Steve’s wedding bouquets in the afternoon. Jacques Maritain warned against this when, in writing about the collapse of intermediate institutions between the individual and the State, the latter turns into a “Minotaur,” devouring dissidents.

That’s where the Times’ faux outrage about Erskine College fits in. Erskine is a private Christian college with a seminary on campus. That it should choose to endorse what has been the mainline Christian position on human sexuality for about two millennia apparently dumbfounds the editorial writers.

What was even more chilling, however, was the reaction of readers commenting on the story: no shortage of them demanded the yanking of “federal aid” to the school. Federal aid, of course, primarily goes to students, not schools. And some of those students may choose to go to Erskine, Yeshiva, Brigham Young, Ave Maria, Haverford … or even Berkeley. And if they go to Erskine or Yeshiva or Brigham Young … don’t they have a right to choose those schools because they embody their values? Or are those values to be subject to some sort of secular excommunication?

With the possibility in its current term of the U.S. Supreme Court inventing a “right” to ersatz marriage, these problems will grow more acute. As critics of the effort to promote homosexual “marriage” have pointed out, this is not a matter of “live and let live.” It is a matter of ensconcing one view of “marriage” in law and culture and driving all others—along with their proponents—out, at least off the public square. Nor is the issue confined to homosexual “marriage.” On March 6, 2015, the Ontario College of Physicians promulgated a new “Professional Obligations and Human Rights Policy” that essentially turns what the Hippocratic physician would have disavowed into an “obligation” while undermining the doctor’s human rights: there is a very real possibility that doctors who will not abort their young patients or kill their old ones can be driven out of the profession. The American College of Obstetricians and Gynecologists has been pushing for that for years, attempting to require conscientious objectors to refer patients to willing abortionists and to require every medical school—including those with religious objections—to teach how to perform abortions.

We need beware of the “tolerance” of the intolerant, in which not all members of society—or their consciences—are created equal.