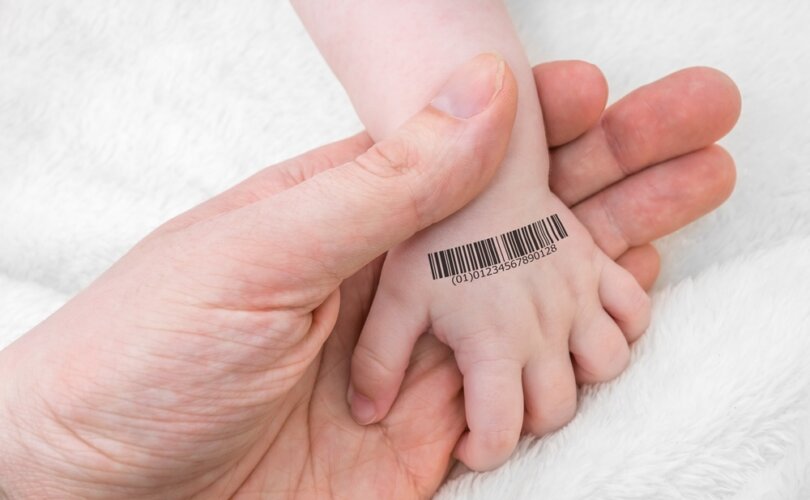 (Live Action News) – In April, Nicholas Maggipinto and Corey Briskin — a “married” gay couple — filed a lawsuit, along with the U.S. Equal Employment Opportunity Commission, against the City of New York. The claim alleges discrimination because the health insurance plan for City employees does not pay for access to the full range of reproductive technologies that Maggipinto and Briskin require in order to create the ‘wanted’ children they wish to raise together. The case, which the couple hopes will cause a domino effect across the nation, shines a light on children’s rights, and whether or not a child’s value should be determined based on how much an adult wants him or her.

“It’s the tie that binds abortion and reproductive technology, and that is determining a child’s right to life based on their level of wantedness,” Katy Faust, founder of Them Before Us and contributor to The Federalist, told Live Action News. “So abortion says, ‘If a child is unwanted we can violate their right to life and force them out of existence.’ And third-party reproduction says, ‘If a child is very wanted we can force them into existence even if it violates their right to be known and loved by their mother and father.’ Both the baby-taking industry and the baby-making industry are two sides of the same child-commodifying coin. Both treat children as objects, not as persons who have distinct rights that need to be respected and protected.”

Some fertility services are covered by the City insurance plan; however, Maggipinto and Briskin would require the use of women’s bodies in order to create a baby who would be biologically related to one of them. They argue that because they are both men, they should be considered infertile according to the law. While the insurance plan will cover artificial insemination, it does not cover surrogacy or the purchase of a woman’s eggs, which Maggipinto calls an issue of “fundamental fairness.”

But this stretches the definition of “infertility” beyond its long-accepted and understood meaning. To claim it is unfair that insurance won’t pay for them to use women’s bodies (due to the fact that two gay men cannot biologically reproduce on their own) is, to say the least, an unusual and shocking argument.

Children’s right to a mother and a father

Children have a fundamental right to be known and loved by their mother and their father, and when they are denied a parent, they can suffer from something referred to as “father hunger” or “mother hunger.” Faust explained, “Mother hunger looks like walking up to any woman that shows you any amount care and affection and saying, ‘Will you be my mother? How about you? Will you be my mother?’ Because they long to be loved by a mother even if they have two loving dads. […] The fact that it is so difficult to create an intentionally motherless child should tell you everything you need to know about how much we shouldn’t be doing it.”

I didn’t even know that there was such a thing as a mother until I watched “The Land Before Time” at school. My 5-year-old brain could not understand why I didn’t have the mom that I suddenly desperately wanted. I felt the loss. I felt the hole.

As I grew, I tried to fill that hole with aunts, my dads’ lesbian friends and teachers. I remember asking my first grade teacher if I could call her mom. I asked that question of any woman who showed me any amount of love and affection. It was instinctive. I craved a mother’s love even though I was well-loved by my two gay dads.

Children who are created using third-party reproductive technology and raised by a married man and woman can experience an identity crisis when they learn that one of their parents is not their biological parent. They can feel as though they are a commodity produced with the help of a biological parent who then abandoned them, often for little more than financial gain or a misplaced sense of philanthropy.

One young man who was created through traditional surrogacy said that his birth mother was paid $8,000 to have him and give him away. He explained:

Something horrible happened to us at birth. We lost our mothers. They did not die, but they might as well have been dead because we lost them in the capacity of mother, and to a tiny baby, that feels like death… That makes us feel very rejected. That leaves a hole in our hearts whether we admit to it or it manifests some other way like in depression or a fear of getting close to someone else…

Surrogacy with another woman’s egg is often carried out so that the mother feels less of a bond with the baby — but in actuality, the baby still feels that bond, growing in the surrogate’s womb, hearing her heartbeat and her voice before birth.

“No amount of adult longing or loss or suffering or pining justifies violating that child’s right to be known and loved by their father and their mother,” said Faust. “We’ve been studying family structure for decades and we have conclusive evidence of statistically what children need — the factors that will lead them to most likely have a life of safety and love. Overwhelmingly scholars on the left and the right agree that it is being raised by your married biological mother and father that maximize child outcome and child thriving. Further, what we see is the presence of an unrelated adult statistically diminishes a child’s outcome.”

This is the reason why adoptive parents must go through screening and background checks prior to having a child placed in their home. It can be dangerous for children to be placed in the home of biological strangers — but that is what the fertility industry does every day.

“They are always awarding children to unrelated adults but unlike adoption, there’s no screening or background checks involved for this,” said Faust. “What these two men are demanding goes against common sense, natural law, children’s natural rights, the best social science that we have, and what they want and what they’re seeking actually flies in the face of adoption best practice as well. This is treating children as commodities, and they want the states to subsidize it.”

When asked whether they had considered adoption, Briskin said he found the question “deeply offensive,” and Maggipinto said that “as a couple, we’ve come to a decision that having a child that’s biologically connected to us is important.”

There are two obvious points to be made here. The first is that the child would be biologically connected to just one of the men, meaning that either Maggipinto or Briskin will not enjoy the biological connection driving them away from adoption and toward third-party reproductive technology. So to say they want “a child that’s biologically connected” to them is, at best, misleading.

The second point is that Maggipinto and Briskin will be denying the child the same biological connection that they themselves do not wish to be denied. The child will not have the biological connection to his mother that he deserves, needs, and has a right to. He will look for her at birth, seek out her scent and her voice. This is true even for children created through third-party technology being raised by a straight couple. Couples who opt for egg donation or sperm donation deny the child his or her right to know and be loved by one of his biological parents.

“There’s something special about that biological connection. There’s something really sweet and precious about seeing your features reflected in a child that’s genetically connected to you,” said Faust. “But what amazes me is that they will assume the child couldn’t care less that they are going to be permanently cut off from 50% of their biological heritage. And the response is that ‘biology is important for me but not for thee.’ This whole thing is predicated on biology being irrelevant to their kids. It is perfectly emblematic of how self-absorbed and self-obsessed the whole process of reproductive technology is.”

In addition, surrogates and egg and sperm donors get paid, while the biological family of an adopted child never receives money in the process, because it would be considered child trafficking. With adoption, the child is the client, explained Faust. Decisions are made in his or her best interest. But with the fertility industry, the adults are the client.

A child’s right to life

Millions of children created using reproductive technology are also denied their right to life. Only seven percent of children created in a lab will be born alive. In 2012, it was found that since 1991, 3.5 million embryos had been created, but only 235,480 had been successfully implanted. Children are being discarded like trash and denied their right to life, as it is standard practice to discard certain embryos who don’t make the cut, even when children with certain conditions prove that they can survive to full-term delivery.

In some cases, more than one embryo implants in the uterus, which was the case with one couple, who learned five babies were successfully growing in the womb. They, like many other couples, used “selective reduction” to abort three of the babies. Children, created to meet the desires of adults, are being killed in abortions because adults — who were so desperate for children — now viewed some of those children as disposable “extras.”

“By the numbers, the IVF industry violates the lives of children more often than the abortion industry does,” said Faust. “If you love babies, you are going to oppose these reproductive technologies because the core technology that’s at the root of most of these processes, IVF, destroys more embryonic life than abortion does every year.”

The value of a baby

Children are invaluable gifts, but the fertility industry has turned them into dollar signs. “Making babies in a lab is expensive, but if you also have to rent the womb of a woman that’s going to go up to a six-figure price tag, whether or not the adults can afford it,” said Faust. “No one is donating here. This is a marketplace — unlike adoption, which is centered around the well-being of children. This is a marketplace centered around the desires of adults for profiting highly lucrative money-making industries that will exploit economically vulnerable women.”

Despite the high price tag, the true value of children has been diminishing. To many adults, children’s worth is dependent upon how “wanted” or “unwanted” they are by the adults paying for them. Prospective parents do not have a right to use third-party reproductive technology to create children in a lab — children who will be denied their own fundamental rights, and exist only to meet the wants and desires of adults. No one does.