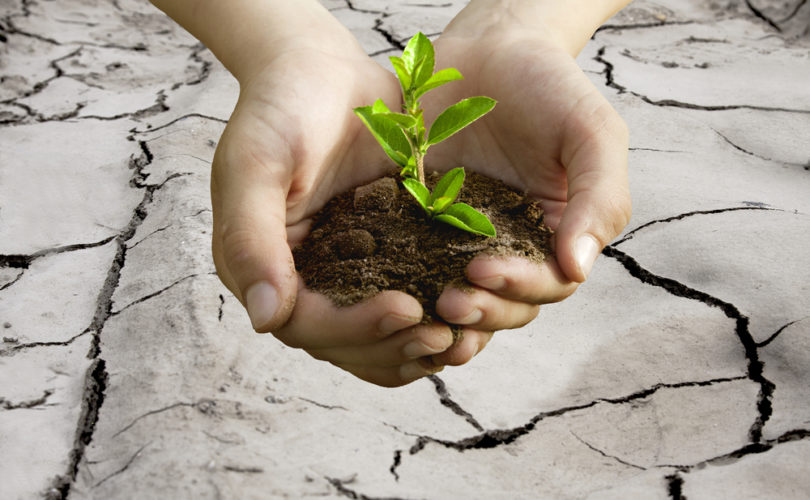 December 22, 2015 (VoiceoftheFamily) — Pope Francis has indicated support for the final agreement reached on 12th December 2015 at the United Nations Conference on Climate Change in Paris. Tragically, the agreement contains language designed to promote abortion and contraception, even though the terms themselves are not used.

The Holy Father has spoken out against abortion on numerous occasions during his pontificate. In Laudato Si he said: “Since everything is interrelated, concern for the protection of nature is also incompatible with the justification of abortion.” Notwithstanding this the pro-life movement has often been forced to raise concerns about statements made by senior prelates that seem to be a departure from the Holy See’s former vigilance concerning language used in international agreements, which could further the pro-abortion, pro-contraception agenda of many national governments and aid agencies.

“The climate conference has just ended in Paris with an agreement that many describe as historic… Implementing it will require unanimous commitment and generous involvement by everyone.”

The grim reality is, however, that the Paris agreement will in fact lead to an intensification of the assault on the most vulnerable of all populations: unborn children.

In the Paris agreement we find the following clause (our emphasis):

“Parties should, when taking action to address climate change, respect, promote and consider their respective obligations on human rights, the right to health, the rights of indigenous peoples, local communities, migrants, children, persons with disabilities and people in vulnerable situations and the right to development, as well as gender equality, empowerment of women and intergenerational equity”

The terms in bold may initially seem innocuous to many readers but experience has shown that these terms are often used to advance a dangerous ideology.

1. The Sustainable Developments Goals use “gender equality” and “empowerment of women” to advance abortion and contraception

The United Nation’s Sustainable Development Goals, agreed by nation states in September 2015, consist of 17 goals and 169 targets, which will determine the direction of international aid and action for the next fifteen years.

These goals are welcomed by the Paris agreement, in which the “conference of parties” unites in:

Goal 5 of the SDGs is to “Achieve gender equality and empower all women and girls”. This goal includes the following target, to be achieved by 2030 (our emphasis):

This target makes it clear that “sexual and reproductive health” is a critical element in achieving “gender equality” and “empowerment of women” despite the fact that some UN bodies, together with pro-abortion member states and organisations, interpret it as including abortion and contraception.

The United Nations Population Fund states that “sexual and reproductive health” includes access for all to “the safe, effective, affordable and acceptable contraception method of their choice”, which includes methods of contraception that are, or can be, abortifacient. The Population Fund also supports other methods of abortion, stating: “where abortion is legal, national health systems should make it safe and accessible.” Abortion providers such as Planned Parenthood openly consider abortion and contraception as integral to “sexual and reproductive health” including in materials aimed at teenagers. It is also a term which is used by the Obama administration to include access to abortion.

The meaning given to “gender equality” and “empowerment of women” above is not unique to the Sustainable Development Goals; it is well-established in UN documents. This can be demonstrated by examining a report published earlier this year by the United Nation’s Committee on the Elimination of Discrimination against Women (CEDAW), entitled General recommendation on women’s access to justice (23 July 2015).

“Criminal laws are particularly important in ensuring that women are able to exercise their human rights, including their right to access to justice, on the basis of equality… Some criminal codes or acts and/or criminal procedure codes discriminate against women: … b) by criminalizing behaviours that can only be performed by women such as abortion”

This argument is continued in paragraph 49:

“Women are also disproportionately criminalized due to their situation or status, for instance women in prostitution, migrant women, women accused of adultery, lesbian, bisexual, transgender women and intersex persons, women who undergo abortion or women belonging to other discriminated groups.”

In paragraph 51 the document proceeds to deploy calls for the abolition of discrimination as a means of directly calling for the legalisation of abortion:

“Abolish discriminatory criminalization, and review and monitor all criminal procedures to ensure that they do not directly or indirectly discriminate against women; decriminalize forms of behaviour that are not criminalized or punished as harshly if they are performed by men; decriminalize behaviours that can only be performed by women such as abortion; and/or act with due diligence to prevent and provide redress for crimes that disproportionately or solely affect women, whether such acts were perpetrated by State or non-State actors”

Furthermore, paragraph 24, which is found in a section entitled “Discriminatory laws, procedures and practices”,  speaks of “barriers” faced by “girls (including the girl child and adolescent girls, where appropriate)” in accessing “health and sexual and reproductive rights.”

3. “Empowerment of women” used to promote abortion and contraception

In paragraph 25 the document ” recommends that State parties”:

(c) Take measures to avoid marginalization of girls due to conflicts and disempowerment within their families and the resulting lack of support for their rights; abolish rules and practices that require parental or spousal authorization for access to services such as education, health, including sexual and reproductive health, as well as access to legal services and justice systems; and

(d) Protect women and girls against interpretations of religious texts and traditional norms creating barriers to their access to justice resulting in discrimination against them.

This text exemplifies the manner in which this term can be used by UN bodies to promote (i) attacks on parental rights, (ii) abortion and contraception (“sexual and reproductive health”), (iii) attacks on traditional moral norms and (iv) attacks on religious texts, which can include Sacred Scripture.

The language used in the Paris climate agreement is consistently used to promote abortion and contraception under the guise of “sexual and reproductive health”. For more than three decades the Holy See has opposed the inclusion of such terms in international agreements precisely because of the recognition that they are used to pursue an agenda which is destructive of human life and the family. The Holy See mission at the UN has raised concerns about the use of such terms as recently as September 2015.

However, over the course of the present pontificate Voice of the Family has had the distressing task of documenting the steady reversal of the Holy See’s former vigilance on this issue and the increasing incidence of the Vatican and international anti-life and anti-family forces working together, despite the Holy Father’s public condemnations of abortion.

The Paris agreement, especially taken together with the Sustainable Development Goals, gives further strength to calls for renewed efforts to ensure “universal access” to abortion and contraception.