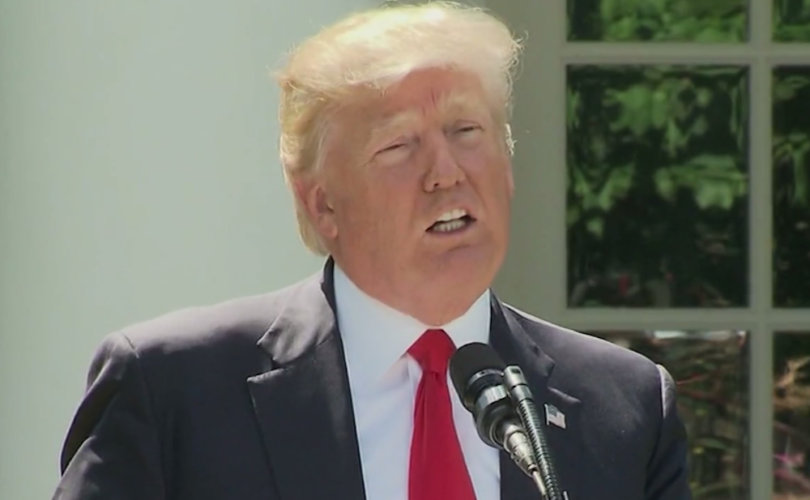 December 10, 2019 (American Thinker) — President Trump is not a buffoon or a blowhard or an egomaniac, even though his tweets can sometimes make all three descriptions seem accurate. This is certainly the way much of America sees President Trump.

The president demonstrates he's not a narcissist every time he shows compassion to a child or to a wounded warrior, or to the family of a fallen warrior. His critics never seem to notice his compassion, the sincerity of his concern for others, and how it should make clear that he is not the narcissist he sometimes appears to be.

Donald Trump is a salesman. What he sells is himself and the Trump brand. Bill Gates made his money with computer software, so he might not be too concerned with how people view the name Gates. Donald Trump made his money in hotels and resorts, where it's important to have a name like Hilton as opposed to a name like Motel 6.

Donald Trump played the role of a loud, bigger than life ringmaster to build the Trump brand. He brags, he exaggerates, and sometimes he tells bald-faced lies. When attacked, he will always respond to the attack in order to protect his brand. Donald Trump is a modern-day P.T. Barnum. This is a role that Donald Trump has played for so long that it's become part of who he is, but deep down, it's not who he is. It is merely a role he has played as a salesman.

The character that Donald Trump has become is loathed by a large portion of society to a degree that many of us find hard to understand. They call Trump a bigot, but this is based entirely on their interpretation of some of the things he has said, not on any clear statement of hatred on his part. The president's critics didn't interpret any of his pre-presidential statements as bigoted, just as they never interpret as bigoted any statement made by anyone they agree with, no matter how bigoted it may sound. Our interpretation of what someone says is always heavily influenced by our opinion of the person who says it.

Nobody hates anyone this much unless it is personal, and the hatred of President Trump by the elite is very personal. Donald Trump is a caricature of the elite, but he's not much of an exaggeration. The role Donald Trump plays, the persona he took on to build his business, is almost cartoonish at times, but it is a more honest, a more accurate portrayal of who our elite really are than how they present themselves. Wittingly or unwittingly, Donald Trump mocks the elite.

The elite pretend to be compassionate, but they hated people in fly-over country for years before the people in fly-over country finally started to hate them back. The elite believe themselves to be brilliant, but they turned world production over to a brutal regime in China, creating not only a ruthless superpower, but also an unsustainable world economy where we keep printing and borrowing money to buy goods from the Chinese plantation factories. The elite believe themselves to be honest, but they cannot see their own corruption, or the corruption of their elite friends, and they cannot see the reasonableness of asking for that corruption to be investigated, as in the case of Hunter Biden.

Donald Trump is an intelligent, compassionate though sometimes ruthless businessman who took on a persona to build his business. After our elite ran the country into the ground by their corruption and incompetence, it was Donald Trump who led the revolt against them. Then Donald Trump came into Washington still having the persona he used to build his business, still playing a caricature of society's elite. This is divine intervention.

This is why they hate President Trump so much.