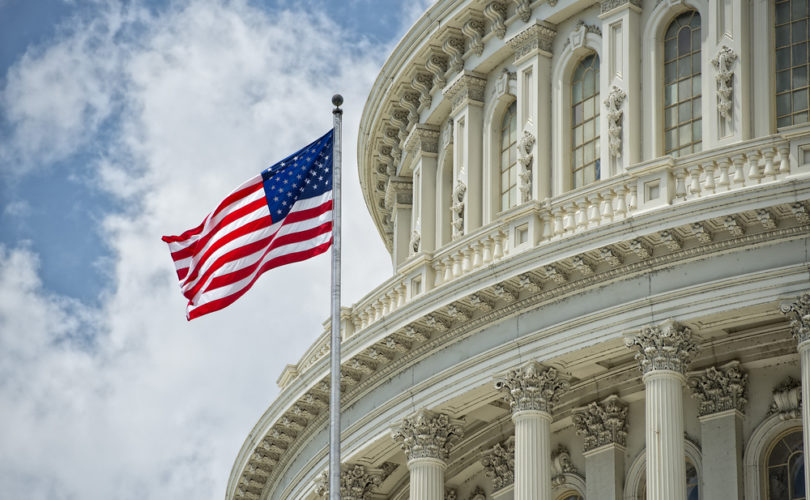 Editor’s note: The U.S. House of Representatives will vote on H.R. 36, the Pain-Capable Unborn Child Protection Act, on Thursday. Even within the pro-life movement there are differing opinions on the strategy behind the bill, and today LifeSiteNews is running opposing opinion pieces laying out the case for and against the bill. Gualberto Garcia Jones, national policy director of the Personhood Alliance, argues against the bill in his op-ed, “Four reasons why I can’t support the 20-week abortion ban and you shouldn’t either,” available here.

This Thursday, January 22, will be an historic day in Congress.  As hundreds of thousands of Americans converge on our nation’s capital to mark the 42 years since Roe v. Wade, the House will vote on a crucial pro-life bill that restricts abortions on babies after five months gestation and protects women’s health. That bill is the Pain-Capable Unborn Child Protection Act, H.R. 36, and it is important to the future of both the unborn and women alike.

A mere two years ago, Americans were horrified by the actions of murderer Kermit Gosnell.  His trial spotlighted the barbaric act of a late-term abortion and its effect on both babies and their mothers. Nonetheless, here we are, continuing to discuss the value of the unborn. Now is the time to affect change; “We the People” must never allow something this horrendous to happen again.

It was stated in the Gosnell Grand Jury report that he “regularly and illegally delivered live, viable, babies in the third trimester of pregnancy – and then murdered these newborns by severing their spinal cords with scissors.”  In addition, he  “overdosed his patients with dangerous drugs, spread venereal disease among them with infected instruments, perforated their wombs and bowels – and, on at least two occasions, caused their deaths.”

At five months’ gestation, a mother can feel her baby’s movements, hear the baby’s heartbeat, and feel the life growing inside of her.  Amazingly, in just 20 weeks this little baby already has fingernails, its own unique fingerprints, eyebrows and eyelashes.  The baby can suck its thumb, recognize its mother’s voice and will actually startle with loud noises.  There is also significant medical evidence that the baby is capable of feeling excruciating pain at 20-weeks gestation; doctors have testified before Congress that they have seen babies on the sonogram flinch and move away from sharp objects to avoid the pain during surgical procedures.

The untold story is that women and girls are facing substandard abortion practices that carry the increased risk of death and serious complications. Not only does this legislation protect babies who are five months in the womb and can feel unbearable pain, it also protects women, who are then at an increasingly greater risk to the harmful effects of having a late-term abortion. Women need to be both educated on and protected from abuses by the abortion industry.

The gruesome Gosnell Grand Jury Report further revealed that babies in their third-term are often “big and too hard to get out so Gosnell’s approach, whenever possible, was to force full labor and delivery of premature infants on ill-informed women.”  His problem, according to the report was by inducing labor, live babies were born and his “simple solution” was to kill them.

According to a report issued by the Charlotte Lozier Institute, for an abortion performed on a woman during her 12th or 13th week of pregnancy, the likelihood of a complication is between 3-6 percent.   When the woman is well into her second trimester, the complication rate increases to 50 percent, and possibly higher.

The United States sees itself as a beacon for freedom.  It is extremely disappointing that in a country that prides itself on being the leader of the free world, we have to fight tooth-and-nail to protect our unborn babies from cruel and brutal abortions.   The United States is one of only seven nations that allows elective abortions after 20-weeks gestation.  The other six nations are Canada, China, Netherlands, North Korea, Singapore and Vietnam.  According to an article in the Daily Caller written in February 2014, this puts the United States within the top four percent of the most permissive countries on abortion policies.

The majority of Americans overwhelmingly agree that abortions at five months gestation when the baby feels pain should be restricted. According to The Polling Company’s nationwide poll in March 2013, 64 percent of Americans believe abortions should not be allowed if the baby can feel pain. Recent polls by Quinnipiac, National Journal, Huffington Post, NBC News/Wall Street Journal, and The Washington Post/ABC News all revealed: A majority of Americans support limiting abortion after 20 weeks. Sixty percent of women think abortion after 20 weeks should be illegal.

You cannot argue with the facts. America is now more pro-life than ever, and our legislation must start mirroring the will of “We the People.” There is no perfect legislation.  Some believe this bill is too restrictive regarding exceptions and other believe there should be no exceptions.  However, now is the time to come together as HR 36 is a thoughtful first step in righting a grievous wrong of the past 42 years.

Penny Young Nance is President and CEO of Concerned Women for America.