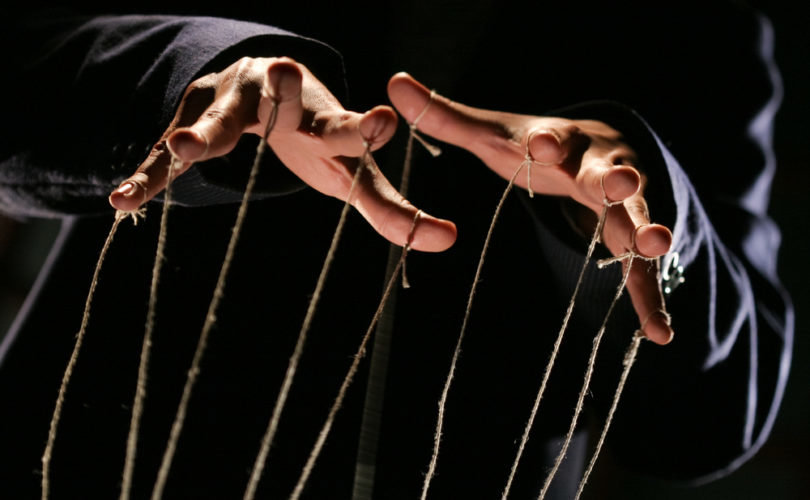 Voice
of
the
Family
Voice of the Family
Comments
2

Oct. 2, 2015 (VoiceoftheFamily) – It is widely considered that the Extraordinary Synod on the Family, held in Rome last October, was manipulated by those controlling it in order to promote changes in the teachings of the Catholic Church on questions relating to human sexuality, marriage and the family.

The evidence for such a view has been very ably set out by experienced Vatican correspondent Edward Pentin in his recent book The Rigging of a Vatican Synod?  (a review of the book can be found here). An overview of events can also be found in Voice of the Family’s document The Extraordinary Synod on the Family: A Narrative Account.

A number of cardinals who participated in the Synod have made public accusations that manipulation took place; these include Raymond Cardinal Burke, Wilfrid Fox Cardinal Napier and George Cardinal Pell.

Robert Cardinal Sarah, Prefect of the Congregation for Divine Worship and Discipline of the Sacraments has raised fears about the manipulation of the Ordinary Synod, which will open on Sunday 4th October. In the recently published book Christ’s New Homeland Africa: Contribution to the Synod on the Family by African Pastors His Eminence wrote (our emphasis):

“As the starting date for the XIV General Ordinary Assembly of the Synod of Bishops dedicated to “The Vocation and Mission of the Family in the Church and Contemporary World” approaches, the particular Churches, the theological faculties, and groups and associations of families are intensifying their preparations for this major ecclesial event. At the same time, there is a sense that opinion makers, pressure groups, and lobbies are coming to the fore. We also see communications strategies being implemented; it would even seem that new methodologies for the synod assembly are being examined in order to give a voice to some lines of thought while endeavoring to make others inaudible, if not to silence them completely. Everything leads us to believe that the next synod assembly will be for many people a synod with high stakes. The future of the family is indeed at stake for mankind today.”

The warning of Cardinal Sarah, coming as it does from within the Roman Curia, must be taken seriously. Voice of the Family would therefore like to propose a number of reasons for believing that Ordinary Synod is being manipulated:

1. Those responsible for the manipulation of the Extraordinary Synod remain in control of the Ordinary Synod

Fr Federico Lombardi S. J. remains in charge of the Holy See press office despite also being implicated in the manipulation of the Extraordinary Synod. The press conferences held last October were widely considered to have deliberately skewed the reporting of the synod fathers’ interventions. Cardinal Burke, who was present at the synod, stated that “the daily briefings organized by Father Lombardi facilitated the manipulation”. Fr Thomas Rosica, who used his role as English-speaking spokesman to stress those contributions that pushed a so-called “progressive” agenda also remains in his position.

The President of the Synod of Bishops, of course, remains Pope Francis. Cardinal Baldisseri has stressed the centrality of the Pope to the work of General Secretariat:

“The pope is the president of the synod of bishops. I am the secretary general, but I don’t have anyone else above me, such as a prefect of a congregation or a president of a council. I don’t have anyone else above me, only the pope. The pope presided over all the council meetings of the secretariat. He presides. I am the secretary. And so the documents were all seen and approved by the pope, with the approval of his presence.  Even the documents during the synod, such as the Relatio ante disceptationem, the Relatio post disceptationem and the Relatio synodi were seen by him before they were published.”

2. The Instrumentum Laboris remains the agenda of the Ordinary Synod despite, as demonstrated in Voice of the Family’s analysis, clearly undermining the entire edifice of Catholic teaching on human sexuality

Cardinal Baldisseri confirmed at a press conference at the Vatican this morning that the Instrumentum Laboris will be the basis of discussions at the synod. The text is divided into three parts, each of which forms the agenda for each of the three weeks of the synod.

In an interview with Portuguese broadcaster Radio Renascenca, which was released on 14 September, Pope Francis confirmed that the Instrumentum Laboris would be the basis for discussion at the Synod. He said:

“As for the synod, you journalists are already familiar with the Instrumentum Laboris. We are going to speak of that, of what is in there.”

3. The Synod Secretariat has “devised a new method” of conducting the Synod. The “new method” has only been made public two days before the Synod begins.

The Ordinary Synod will be conducted in a significantly different manner to the Extraordinary Synod. The synod fathers will spend much more time in small language-based discussion groups and comparatively little time in plenary sessions. There will be no relatio ante disceptationem or relatio post disceptationem. This means that, unlike last year when the relatio post disceptationem revealed the agenda at work and provoked a fight-back, the synod fathers will receive no indication of the content of the final report until the very last day of the Synod.

After being questioned by a journalist Cardinal Baldisseri stated that the synod fathers were informed a month ago that there would be a new method. He very noticeably fell short of affirming that they were actually told what the new procedures would be.

4. Cardinal Baldisseri refused to explain how the membership of the small groups was determined

The cardinals and bishops will spend most of their time at the Synod in small language-based groups. There are thirteen such groups which include four groups conducted in English, three in Spanish, three in French, two in Italian and one in German.

Upon being questioned by a journalist, Cardinal Baldisseri refused to explain how the membership of each group was determined. This will do little to allay concerns that the synod fathers will be allocated to the small groups in such a way as will best further the agenda of those controlling the synod.

5. Cardinal Baldisseri refused twice to affirm that Article 26 § 1 of the Ordo Synodi Episcoporum will be respected. This article requires a 2/3 majority for approval of items put to vote.

Paragraphs 52, 53 and 55 of the Relatio Synodi (final report) of the Extraordinary Synod failed to achieve a 2/3 majority of the synod fathers’ votes. According to the rules of the synod they should have been rejected. However these controversial paragraphs, which discussed homosexuality and Holy Communion for those living in public adultery, were included in the published report on the direct instructions of Pope Francis. They were also included in the Lineamenta and the Instrumentum Laboris.

Texts that were rejected by the Extraordinary Synod therefore form part of the agenda of the Ordinary Synod.

Cardinal Baldisseri was asked twice whether Article 26 § 1 would be observed at the Ordinary Synod. He ignored the question the first time it was put to him and the second time he simply stated that it remained in place in the official rules. This gives us little confidence that the voting process will not be abused again.

6. Pope Francis has entrusted leading dissenters with the responsibility of drafting the final report of the Synod

The committee consists of ten prelates, at least seven of whom hold so-called “progressive” views. Voice of the Family has already raised particular concerns about:

7. A committee has been established to supervise the synod… and it will include Cardinal Baldisseri and Archbishop Forte

At this morning’s press conference Cardinal Baldisseri reassured journalists that there was no need to be concerned about allegations that the synod would be manipulated because a committee of ten would oversee the proceedings. He then announced that the membership of the committee would include himself and Archbishop Forte. In other words, the committee which is supposed to give us confidence that no manipulation is taking place includes the very men most implicated in the manipulation.

Jonathan Swift, the foremost prose satirist in the English language, could not have invented a better tale than the true story of the Synod on the Family.

What do we do if the Synod takes a ‘strange turn’? The simple answer just got Cardinal Burke big applause