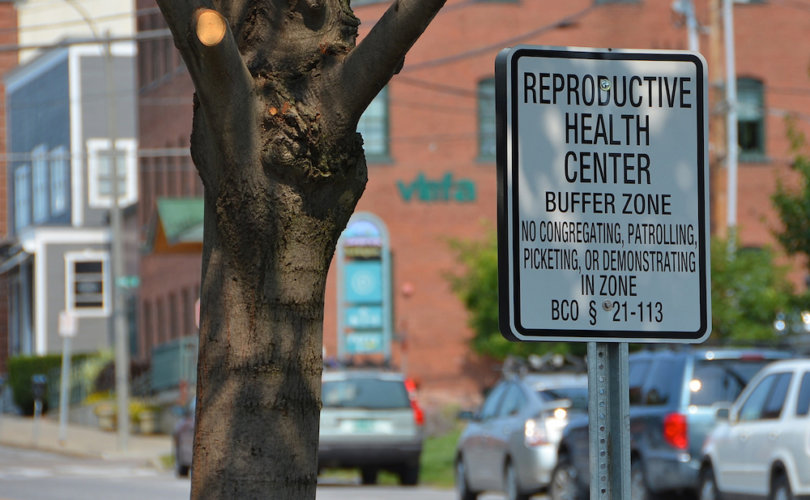 October 18, 2017 (Catholic Insight) — The Ontario Legislature has just passed second reading on a bill to limit witness and protests outside abortion “‘clinics” within a 50-metre “bubble zone,” as well as hospitals, pharmacies and the homes of abortion providers, a euphemism for professional clinical and well-compensated assassins of unborn children.

The sad, sad thing is that one expects this from the “Liberals,” who at both governmental levels have declared themselves unequivocally pro-abortion, committed to a woman’s “right” to choose the death of her child. Yet every single Conservative member either voted yes, or, what to my mind is almost worse, did not even show up, including the much-vaunted boy-wonder Sam Oosterhoff, curiously absent, upon whom so many placed such high hopes, along with other no-show conservatives.  Never mind high hopes; I just hope Mr. Oosterhoff and other no-shows at the very least show up for the third, final and fateful vote.

Only one lone MPP, Jack MacLaren, a member of the Trillium party, voted no. Ponder that: One, out of 107, to stand up for those spiritual heroes who stand outside these clinics as one last chance for women to make a choice for life, before they enter those satanic halls wherein hope is lost, offering their children to the Moloch of ‘reproductive choice’. Such women are always to some extent hesitant, unwitting and unwilling, for any pregnant woman knows that there is a child within her, growing, developing, dependent upon her … well, what was that term, choice.

Yet even the purportedly “good,” who claim to stand on the side of life, do nothing, or, as I wrote yesterday, too often go along to get along, complaisant and cowed, while those on the side of death march forward brazenly, confident of victory, history on their side. I am not sure about history, but I am rather sure about Christ, who had some dire warnings about how we treat the least of His children. And history is always on the side of Christ, eventually. If our nation ever returns to sanity, something of which I often despair, moments like this vote, or non-vote as the case may be, will be regarded with infamy and disgrace.

In the midst of the carnage of the First World War, host to its own set of evils, Yeats wrote of the Beast slouching toward Bethlehem:

The best lack all conviction, while the worst

Are full of passionate intensity

Here’s hoping “the best” among us, which should include those who have access to the fullness of truth, stir up some of that conviction and intensity, before it’s too late, if it’s not already. Let us not forget that the first Christian physician died a martyr, and although we may not have to give up our lives, we may have to give up a lot to stand on the side of life, of truth, of God.

​Reprinted with permission from Catholic Insight.