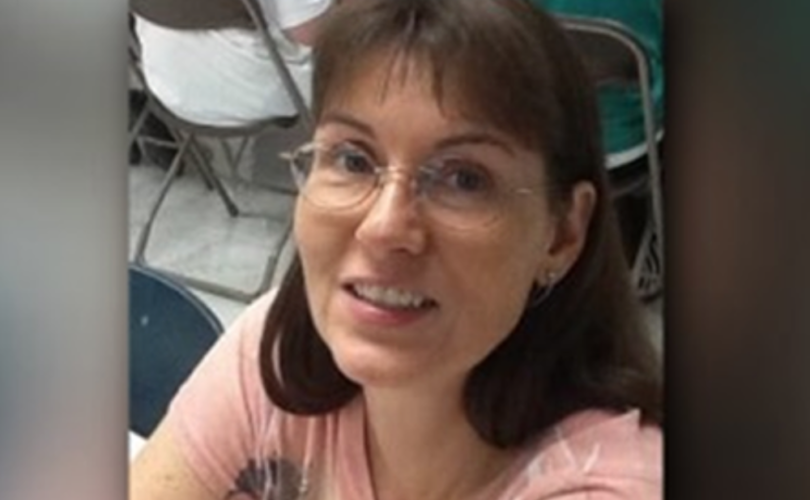 November 24, 2018 (LifeSiteNews) – To the great honor of this nation which stands under the heavenly patronage of the Immaculata, there are now a good number of Saints and Blesseds who have been born in and/or worked in the U.S.A. However, only one native-born U.S. citizen has so far been raised to the altars of the Church wearing the glorious Martyr’s crown: Blessed Stanley Rother, a La Salette missionary priest from Oklahoma who was murdered in 1981 by a death squad while ministering to the poor in Guatemala. (The heroic North American Martyrs, of course, were missionaries born in France and shed their blood for the faith well over a century before the United States came into existence.) However, no American woman or lay person – and no U.S. citizen at all who died on this nation’s soil – has so far been honored by the Church as a martyr.

That may well change in the near future, as the unplanned result of a horrific, coldly planned and unprovoked crime that took place last week, less than half an hour’s drive from my church in downtown St. Louis, Missouri.  The local community — Catholic and non-Catholic — has reacted with abhorrence, and indeed, St. Louis County police chief Jon Belmar said it was “among the most heinous crimes” he had seen in his 32 years in law enforcement — an atrocity that “shocked the senses.” Yet the ways of Divine Providence are strange: as we have seen so many times throughout history, God can bring great good out of evil, even in one overwhelming instant. However, as I write, most St. Louis area Catholics are perhaps still too numb with shock to have noticed the rays of spiritual light that are emerging from this seeming black hole.

So what happened? During mid-afternoon last Monday, November 19, 2018, all seemed quiet in the Manchester Road branch of St. Louis’ main religious goods vendor, Catholic Supply. A stocky, middle-aged man walked in and noted that only three people were in the store — all women. Two were store workers, one fiftyish, the other in her twenties, and the third was a customer who had just come in. After exchanging a few words, the man said he was going back to his car to get a credit card and would be right back to make a purchase. But when he re-entered, it was not a card, but a revolver that he had in his hand. He immediately herded the three terrified women back into a secluded corner of the store, and insisted that they submit to acts of sexual abuse.

Fortunately, following their immediate diffusion of the perpetrator’s appearance and dress described by the two survivors, the St. Louis County police did a first-rate job in tracking him down, and by Wednesday 21, the day before Thanksgiving, Thomas Bruce, 53, of Jefferson County, was arrested at his trailer park residence and is currently being held without bail on 17 charges, including first-degree murder, multiple counts of sexual assault, armed criminal action, kidnapping, burglary and tampering with evidence.

This tale of indomitable resistance to demonic evil calls for deep reflection. Jamie Schmidt’s act of supreme courage and nobility, called forth immediately in a moment of sudden crisis, clearly did not come from nowhere. The action of grace had been evidently working quietly but deeply in the soul of this lady who had outward lived devoutly but unobtrusively, like any number of other good Catholics. Her husband Greg Schmidt, who married Jamie, his high school sweetheart, in 1990, has understandably been too distraught, together with their three children, to make any public statement as of this writing. But her good friend and fellow parishioner at St. Anthony’s, Laura Sheldon, commented to the St. Louis Post-Dispatch in last Wednesday's report, “She was very simple, very modest, very quiet. If you ever needed help, she would be there. That’s just the way Jamie was.”  She was also active in a parish group that organized women’s retreats. Furthermore, Mrs. Schmidt was notably talented artistically and musically, and used her gifts in God's service: she adorned St. Anthony’s with some fine paintings, and was active in the parish choir, sometimes performing solo parts. “Her voice was just beautiful,” said her friend Laura.

Was Jamie Schmidt’s sacrifice of her life, then, a case of true martyrdom? Only the Church will be able to decide that authoritatively, of course, after mature reflection. But the evidence available so far strongly suggests an affirmative response, and would certainly seem to warrant the prompt opening of her cause for beatification at the diocesan level. While there can be little doubt about her heroism in that supreme moment of her existence, another prerequisite for martyrdom is that the perpetrator must have acted not simply out of personal hatred, greed or ideological/political enmity, but in odium Christi – out of hatred for Christ.  And the parallels and precedents  here are well established. Even though this murder was not carried out with any explicit reference to the victim’s profession of the Catholic faith, it is part of that faith that the natural moral law, inscribed in all hearts by God, has as its Author the divine Wisdom, the Logos, who has now become incarnate as Jesus our Redeemer. Speaking of “God's beloved Son” (Col. 1: 13), St. Paul goes on to affirm, “For in him were created all things in heaven and on earth, the visible and the invisible . . . all things were created through him and for him” (v. 16).

It is known that Thomas Bruce had absolutely no personal grudge against any of his three victims, none of whom he had ever encountered before. His barbaric act of slaughter, as far as we can tell from the evidence so far available, was therefore an implicit act of hatred and rebellion against Christ the incarnate Wisdom, whose divine and natural law rebuked and condemned the perverse and adulterous lust that found such resolute resistance from this brave woman who carried Christ in her heart. Jamie’s eventual canonization as a martyr would therefore appear to follow closely the Church’s precedents in raising to the altar the young St. Maria Goretti (stabbed to death for refusing to fornicate with an assailant), St. Charles Lwanga and his companions (who chose death by fire rather than engage in sodomy with a homosexual tyrant), and indeed, that archetypal martyr St. John the Baptist, who lost his head for denouncing another king’s violation of the moral law regarding marriage.

Now, at a time when the relaxation, corruption and violation of God’s laws regarding sexual purity and marriage is far worse in modern society — and even within very high levels of the Church herself! — than when Saints Maria Goretti and Charles Lwanga were canonized in the middle of last century, how wonderful it will be if, out of last week’s unspeakable tragedy in St. Louis, there should arise a new spiritual beacon to illuminate our beloved United States, the wider world, and indeed, our Church — overshadowed as it is by the ongoing sexual revolution with its abuse scandals and the weak vacillation of an Amoris Laetitia-stained magisterium! How beautiful, if the shining example can be raised to the altars of a new native-born American martyr saint — a woman who proclaimed at the cost of her own lifeblood that Christ’s laws against adultery and sexual perversion are clear, absolute, and unequivocal!

May it please God that, before long, we may be able to invoke the intercession of Saint Jamie Schmidt — to help Make America Pure Again!