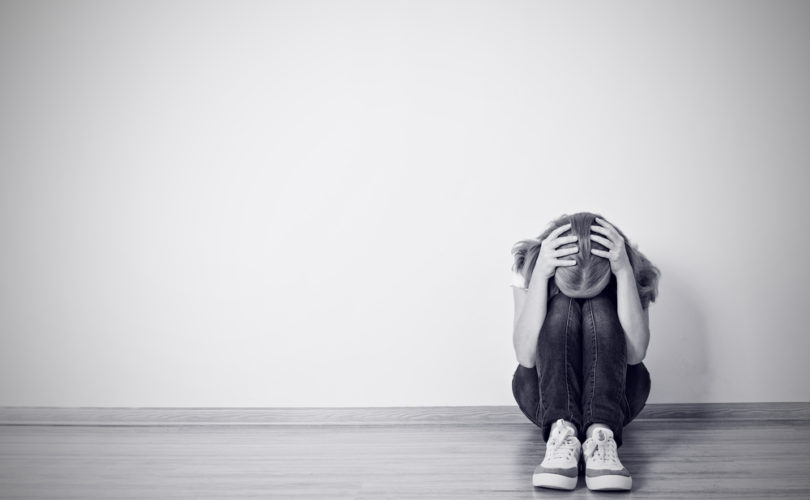 "I said I didn’t want to sign it (the fetal tissue donation consent form) and they said I had to or I couldn’t have the abortion."Shutterstock.com

(LiveActionNews) – It has been a public mantra of Planned Parenthood since the Clinton administration – this idea that abortion should be safe, and legal, but also, as rare as possible. With induced abortion being the most invasive and painful medical procedure available to prevent and/or end an unintended pregnancy, even those that passionately identify as pro-choice agree that preventing an unintended pregnancy is preferred over the need to terminate one. Both pro-life activists and Planned Parenthood affiliates alike publicly celebrate and take credit for the fact that abortion numbers across the United States are at the lowest point since 1973.

In the wake of the undercover videos being released by anti-abortion advocates about Planned Parenthood’s fetal tissue donation policies, CEO of Planned Parenthood Cecile Richards spoke out on the subject in an interview with ABC News.

“To me, this (fetal tissue donation for medical research) isn’t something that should be criticized or made fun of, this is actually laudable,” Richards said. Richards also recently retweeted a quote from a supporter that called the undercover videos “an attack on women who, like me, have voluntarily decided to try to save lives through tissue donation after an abortion.”

Planned Parenthood believes that they are furthering the good of our society by allowing something that would otherwise just be thrown away to be used again for a greater purpose. They believe that making this service more readily available to their patients would be a good thing for our country.

They believe that they are recycling an otherwise useless product for the greater good.

I recently had the opportunity to speak with a post-abortive woman by the name of Nancy Tanner who shared her story with the Silent No More Awareness Campaign about her experience at a Washington D.C. Planned Parenthood clinic where she had her abortion:

“I was second-guessing my decision to have the abortion,” Nancy says. “And as I was filling out the paperwork, I saw a permission slip that dealt with the disposal of the 'products of conception.'”

After reading the permission slip, Nancy realized that the form gave Planned Parenthood permission to donate her fetus for scientific research, and she didn’t feel comfortable signing the form. She says that the nurse must have sensed her uneasiness about signing it, because she recalled that the nurse “asked me if I was an organ donor, and I told her that I was.” Nancy said, “she told me that this (the fetal tissue donation) was of a similar value.”

Recycling our waste has become a lauded practice for most people today. As a society, we are beginning to see the value in consuming less and producing less waste. However, in a study published by the Journal of Consumer Psychology, researchers found a discouraging trend in people’s recycling habits – a trend that suggests people who are given the option to recycle tend to create more waste.

For example, in one experiment conducted for this study, a public restroom’s paper towel usage was monitored over a 30-day period. For the first half of the month, a trash receptacle was the only option for disposal of the towels; for the second half, a recycling bin was added next to the trash can. Researchers found that when the recycling bin was added, the number of paper towels used by each person increased by .5 towels – an increase that would total 12,500 more towels being used in the course of a year.

This study, and many more like it, suggests that even when people have the purest of intentions (to recycle their waste for the good of the environment), when the option to recycle over simply trashing exists, subconsciously and unintentionally, people tend to create more waste.

When writing the “National Institutes of Health Revitalization Act of 1993,” lawmakers attempted to ensure that this same trend – the option to recycle causing an increase in waste – didn’t happen with the recycling of fetal tissue after induced abortions by clearly stating in the law that:

“[H]uman fetal tissue may be used only if the attending physician with respect to obtaining the tissue from the woman involved makes a statement, made in writing and signed by the physician, declaring that the consent of the woman for the abortion was obtained PRIOR to requesting or obtaining consent for the donation of the tissue.” (emphasis mine)

Lawmakers recognized that the option to consent for fetal tissue donation was something that should only be offered AFTER the woman had already consented to have the abortion. They recognized that to tell a woman that is still “on the fence” about having an abortion that she would be doing something good for the advancement of medicine by donating her fetal tissue, is akin to providing her with a moral incentive to terminate her pregnancy.

Nancy claims she was given that incentive.

I said I didn’t want to sign it (the fetal tissue donation consent form) and they said I had to or I couldn’t have the abortion. I didn’t want my baby to be used for scientific research and I was told, “Don’t worry, it’s not a baby.” I told her I had two daughters already and I knew what a baby was. She said, “We don’t think its a baby.”

I had changed my mind. I was looking for a way out of going through with the abortion, so I thought about just not signing the (fetal tissue donation) consent form. But the Planned Parenthood Staffer told me “what you think of as a “baby” will be used for something good.” So I signed the form. I was on the table, but wanted to leave and I was pushed back down. They said it was too late to change my mind.

The cramping was horrible… After the machine was finally turned off, the doctor took the jar and right in front of me, he dumped the contents onto a tray and started looking for the pieces… “I can’t find all the parts. How pregnant were you?” He yelled at me! “If you get an infection it’s not my fault.” Then he turned the machine back on and vacuumed some more. That was worse than the first time.

When I left, I stopped at the desk and asked for my tissue donation consent form back because I wanted to rip it up. They told me, “It’s too late, we don’t have it anymore.”

Nancy left the clinic filled with regret and shame.

Everyone should be able to agree that Nancy’s story is horrific; even Planned Parenthood’s most avid supporters would know that this is not how patients should be treated. There were so many aspects of Nancy’s experience that were handled terribly at best, and blatantly illegally at worst.

But, is Nancy’s story unique? Or is she only one of many women who were persuaded to have abortions that they would eventually deeply regret by Planned Parenthood staff morally justifying the procedure by calling their fetal donation a “good deed?”

Holly O’Donnell – an ex-tissue procurement specialist who worked inside a Planned Parenthood clinic – claims in the most recent video released by the Center for Medical Progress that this illegally obtained consent “happened all the time.”

After hearing this claim, I wondered if a post-abortive woman who had donated fetal tissue could confirm or deny that the recycling theory I cited above held up in the case of abortion and fetal tissue donation. I wondered if she could tell me whether or not being given the option to donate fetal tissue directly affected her decision to abort. If it “happened all the time” – like O’Donnell said – there must be women who would want to talk about their experience, but I had no idea how I was going to find a woman in this very specific scenario who was willing to provide me with a statement.

Little did I know just how easy it would be.

I made one phone call to an organization that helps post-abortive women. I told them I was looking for someone who could speak on their experience with fetal tissue donation, and was told by a representative that she knew of “at least one woman off the top of my head.” Not even 24 hours later, Nancy had called me and provided me with her entire statement.

A statement that confirmed everything I had been thinking.

How many women could have subconsciously decided to have an abortion that they otherwise wouldn’t have gotten because they were told their donation would benefit medical research? How many more women out there were victims of illegal and unethical consent practices at the hands of Planned Parenthood?

If it only took one phone call to find Nancy, how many more women just like Nancy are out there, ready to speak out?

“She said that abortion was a good choice for me since I had other children and was separated from my husband… She told me that what I had referred to as my ‘baby’ would be used for something good. She said that I should give honor to what I thought was my ‘child’ by signing the form. In my very confused state I listened to her say it was a ‘good’ thing to do, and I caved,” Nancy said.

So what does this say of Planned Parenthood? If abortions are the “waste” – like the paper towels in the study cited earlier – then could offering the option to “recycle” actually be leading to more abortions? And if Planned Parenthood is getting compensated for this “recycling,” wouldn’t that encourage providers to try to convince more “confused” women like Nancy that abortion is the best “choice” for them – a choice that studies have shown makes women six times more likely to commit suicide, 40% more likely to suffer from major depressive symptoms, and have a higher risk for breast cancer.

Oh, and the business would have to just so happen to be a green environmental health organization that openly advocates reducing waste consumption as much as possible.

No woman should have to wonder if she could have been convinced to have an abortion by someone who stood to profit from her decision – especially if she was convinced by the moral justification to “advance medical research.” No woman should have to feel regret, or shame over an abortion that she felt pressured into having. No woman, in one of the most vulnerable and confused places in her life, should ever have to wonder if her consent to kill her unborn child was obtained illegally by a persuasive, genuine-sounding grab for money hiding behind a justifying tone.

“My abortion wasn’t quick and wasn’t painless, and I wasn’t fine. I’m still not fine. It has been very hard to watch the Planned Parenthood videos. I want to look away, but I won’t let myself,” Nancy said, expressing her feelings in response to the undercover videos.

“To know that Planned Parenthood is still doing this and still getting away with it – it makes me so angry. It’s not for good; it’s for money.”