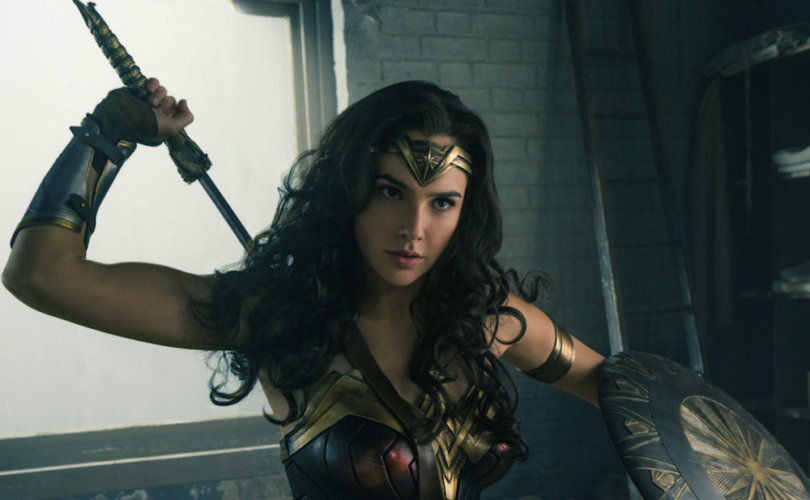 June 8, 2017 (LifeSiteNews) – The star of the new “Wonder Woman” movie is showing that women can be mothers and still succeed in the world.

Israeli actress Gal Gadot was five months’ pregnant with her second child last November while she did reshoots that involved a battle scene for the superhero film.

Gadot — an international model and former Miss Israel who served two years in the Israeli Defense Forces beginning at age 20 and also performed her own stunts acting in three installments of the “Fast and Furious” movie franchise – illustrated the folly of a feminist culture that tells women they can’t have a life and children.

She also gives great witness to a U.S. culture with a declining fertility rate and many millennial women delaying marriage and children, as Marguerite Bowling pointed out at The Daily Signal.

“Given the prevailing negative news that shows women facing all sorts of career challenges by wanting to have a baby, it’s refreshing to see a successful woman embrace her pregnancy and still do an exceptional job,” she wrote.

A March 20 Instagram post from the actress and mother shows the couple and big sister Alma pushing a baby stroller, apparently ready to leave the hospital.

And then we were four… She is here, Maya. I feel so complete blessed and thankful for all the Wonders in my life #family #newborn #grateful

To film Gadot while five months’ pregnant in the reshoots, costume designers cut out a triangle from the front of her suit, according to Entertainment Weekly, and replaced it with a bright green cloth so the special effects department could modify her figure post-production.

The 31-year-old actress then set about running and performing her fight choreography.

Gadot joked about filming with the makeshift green patch over her expectant abdomen.

Director Patty Jenkins — the first female director of a big-budget superhero film, and herself a mother — commented on Gadot working diligently and successfully doing her job while expecting her daughter.

“She’s pregnant during part of the movie, in a suit out in a field in the freezing cold in others,” Jenkins said. “There are so many things we asked her to do: Now do it on one foot. Now shout while you’re doing it. Now it’s raining in the freezing cold and you’ve lost your voice, go. Every day it was a hilarious gauntlet and she would do it.”

Jenkins continued, “Now, at least, we will be able to tell her daughter Maya that she’s in her mom’s stomach right then, in the middle of that battle scene.”

Aside from its lead actress showing how mothers can succeed on the job while pregnant and offering a strong female character, the movie’s record-setting opening weekend box office returns bettered that of another film with a not-so-positive portrayal of women.

Wonder Woman had a global opening weekend total of $223 million, $103 million of that coming from the United States. This gave Jenkins the record for the biggest U.S. opening by a female director, according to The Guardian, beating the previous $85.2 million by Fifty Shades of Grey’s Sam Taylor-Johnson.

Variety also reported that “Wonder Woman” is the most tweeted-about movie of 2017 in the U.S., with more than 2.19 million tweets so far this year.