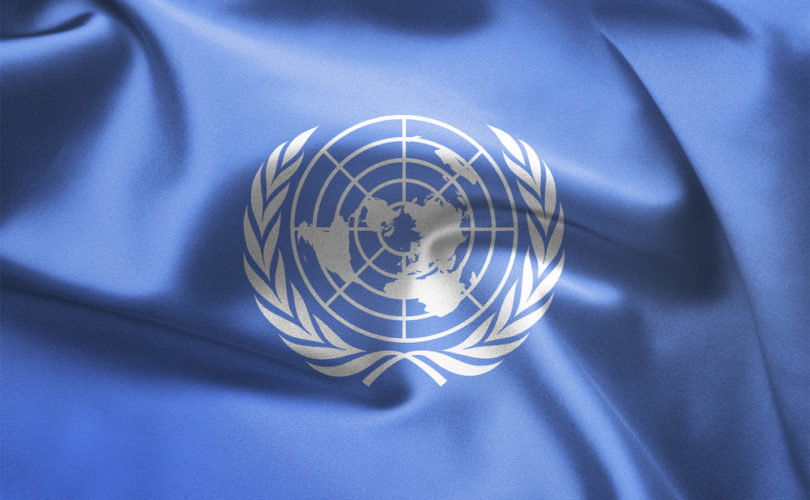 January 22, 2016 (C-Fam) C-Fam’s Susan Yoshihara reports today that an official UN panel has issued its final report and part of its proposals include a global tax that would be an independent revenue stream for UN agencies and bureaucrats. Fewer proposals at the UN are more dangerous than this one.

The UN has been funded by voluntary contributions from Member States from its founding. This has guaranteed at least a modicum of control by the Member States. Donor nations have had the freedom to withdraw their funding as the U.S. did for several years over the Oil-for-Food Scandal. Withholding its substantial contribution caused real problems for the UN bureaucracy.

UN agencies and bureaucrats certainly want to keep the voluntary contributions from Member States but they have long thirsted to have their own money and be accountable to no one but themselves.

The danger is that if the UN Secretariat and the agencies have their own independent source of revenue they will be utterly free to be as radical as they want to be. The disconnect between the General Assembly and the agencies and bureaucracy has existed for a long time. The General Assembly will decide a question and the bureaucracy will ignore this and do what it wants.

The General Assembly, for instance, has defined “gender” twice, in the Beijing Platform for Action and the Rome Statues establishing the International Criminal Court, and both definitions have been acceptable to traditional delegations. However, the bureaucracy continues to define gender as a social construct and has accepted the notion of transgenderism that the General Assembly has consistently rejected.

Having an independent source of revenue from large financial institutions but also from everyday people will only widen this divide between the Member States, that tend to be conservative, and the bureaucracy that tends to be radical.

There is very little doubt that an independent revenue stream, a global tax, will mean a rapid expansion not of humanitarian assistance but in radical advocacy, especially in the area of the homosexual agenda.

The General Assembly has consistently and overwhelmingly rejected the inclusion of “sexual orientation and gender identity” in UN documents and therefore a part of new international norms. The bureaucracy, led by the Secretary General, however, is running by global campaign to impose this agenda on the UN and on the world. The last thing we need is for them to have their own money, accountable to no one but themselves, to run such an anti-life and anti-family agenda.

The shocking thing is; no UN Member State is as powerful as any UN agency. Not even the United States, for instance, can bend the $1 billion UN Population Fund to its will. Even though the US basically appoints the head of UNICEF, the US has little power in fighting the increasing radicalism of UNICEF.

An independent revenue stream will be a disaster for families the world over. Governments are warned, the little power you have will be drained away by a global tax. This issue will be discussed at the upcoming World Humanitarian Summit at Istanbul this May. The proposals should be stopped then and there.