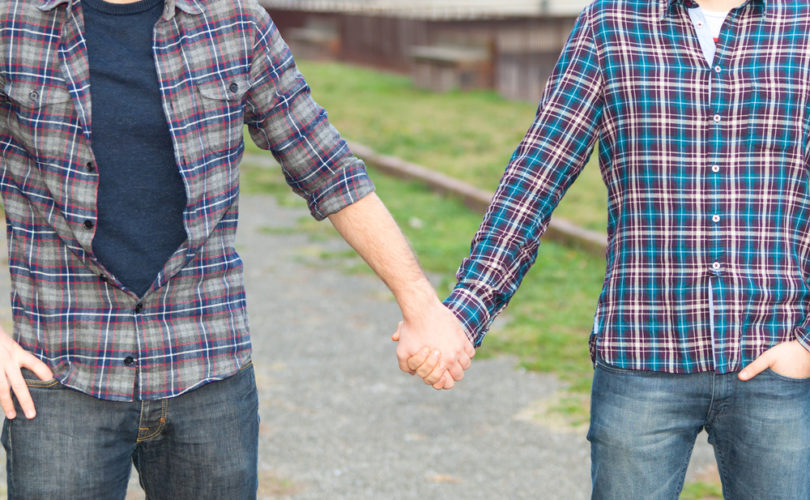 July 13, 2017 (LifeSiteNews) — I want to recommend a book by Daniel Mattson that can help us greatly in addressing the sexual confusion of our time, but first let’s do a quick review of where we are and what seems to be the central problem.

The rise of “transgenderism” and the widespread approval of homosexual acts represent a resurgence of the oldest heresy the Church has had to face: Gnosticism. Gnostic dualism divorces the body from the soul and the “knowing self” from the natural world. Our bodies of course are our first and deepest encounter with the physical or natural world.

Gnostic dualism says, in effect, “I am not my body. I am only my feelings, my thoughts. My body is at best irrelevant and at worst a limiting cage against which I must rebel.” In this way, some people today claim the ability to be whatever they imagine themselves to be.

Just a few years ago, if one heard that a certain man had declared that he was a woman trapped in a man’s body, the reaction would likely have been to conclude that the man had some form of mental illness (“gender dysphoria”) as he was obviously out of touch with reality. Most people would not have taken such a claim seriously, as it was nearly universally agreed that the physical body provided the definitive indication of one’s sex.

About five years ago a tipping point was crossed in our “culture,” and the belief in gnostic dualism reached critical mass. Whether this was of demonic origin or just the accumulation of darkened intellects resulting from the sexual revolution (see Rom 1:18ff) is not clear, but the idea that the body is irrelevant in determining one’s sex is widespread. Even suggesting (let alone asserting) that the body reveals and determines one’s sex is greeted with blank stares at best and accusations of hatred or bigotry at worst.

Today, a male who says he is a female trapped in a male body is taken seriously by many people. If an “unenlightened troglodyte” does not play along, and instead says, “No, your body indicates you are actually a male,” the retort will be this: “My body? What does my body have to do with anything? It is what I think and feel that matters.”

This is Gnostic dualism in all its deceptive fullness. From a Christian perspective, it is seen as an almost complete disconnect from the body as revelatory of who and what we are. Gnosticism amounts to a reduction of the human person to merely our soul, or our thoughts and feelings. And while it is true that we are not just our body, we are also not merely our thoughts or feelings.

The glory of the human person is in the uniting of two orders of creation: the physical and the spiritual. We are not merely persons with bodies; we are bodily persons. Though we can distinguish soul and body in our mind, we cannot do so in reality. Consider the analogy of a candle flame. In our mind, we can distinguish the heat of the flame from its light, but we cannot physically separate the light and the heat. They are so together as to be one. It is the same with us. Our body and soul are so together as to be one. The separation of body and soul is the very definition of death and it is why our bodies must rise for our salvation to be complete.

The proponents of transgenderism will have none of this. The body is irrelevant to a person’s “self-definition.”

This disconnect and dualism is but a doubling down on the gnostic premises involved in approving homosexual acts. Here, too, pointing out that the very design of the human body indicates that the man is for the woman and the woman for the man leads to blank stares or the outright dismissal of the body’s relevance in something as obviously “embodied” as sexual union. The same basic claim is made, “What does my body have to do with anything? It is my feelings and attractions that matter. I am my feelings. My body does not matter and has nothing to say to me in this regard.” So insistent are many that they craft an entire “identity” based on an attraction, a feeling. The primary way they wish to be known is as “gay.” This amounts to a remarkable reduction of the human person to one aspect (and a disordered one at that) of who they are.

Gnostic dualism is alive and “well” in our times. We must continue to insist that the body matters, that the body is revelatory, that the body has things to teach us about who we are. It is no mere container or cage. I am my body along with my soul and its faculties.

Daniel Mattson has some helpful insights in his book, Why I Don’t Call Myself Gay: How I Reclaimed My Sexual Reality and Found Peace. On this subject, he writes both credibly and articulately. He speaks not only from experience, but from a good command of the philosophical, theological, and anthropological matters at stake.

Defining reality based on my feelings seemed a rather unconvincing premise on which to build my life. My father taught me this at a very early age. In the planetarium where he worked, I would often sit next to him as he gave presentations to visiting schoolchildren. My favorite part of every program was the moment when he made the star projector spin speedily, round and round, making it feel as if all of us in the auditorium were spinning. … And though we knew we were seated firmly in our chairs, it felt as if we were dizzily careening through space. … “Feelings are important,” he would say, “But they don’t always tell us the truth.”

I want to live my life according to reality, not based on what I feel reality to be. … I feel our society is in need of a return to sexual sanity, rooted in embracing and accepting the truth that the sole sexual identities that are objectively true are male and female, designed for union with each other.

… Man’s greatest freedom comes from living in accordance with the truth of sexuality revealed to us in the nature of our bodily design. One of the many reasons I joined the Catholic Church is her unambiguous embrace of the objective reality of man’s sexual nature as revealed to us in our bodies. … My body, and the sexual organs that are part of my body, are designed for union with a woman and designed for the propagation of the species through procreation. That’s my sexual nature, and every other man’s nature.

Nature matters … [Today] we care immensely about the environment … [but] with man’s sexuality, however, society seems to want to ignore nature in favor of supposedly new and improved constructions and design. … When we oppose or question or seek to change our created nature, we necessarily live in dissonance with reality (pp. 89-94).

… [A] point that seems to me to be neglected, today as in the past [is that] there is also an ecology of man. Man too has a nature that he must respect and that he cannot manipulate it will. Man is not merely self-creating freedom. Man does not create himself. He is intellect and will, but he is also nature, and his will is rightly ordered if he respects his nature, listens to it and accepts himself for who he is, as one who did not create himself. In this way, and in no other, is true human freedom fulfilled (Pope Benedict XVI, Address to the Bundestag, 2011, quoted in Mattson, p. 94).

I highly recommend Mr. Mattson’s book. He makes good sense, both practically and philosophically. It is light amid the darkness, from a credible source who has personal knowledge of a subject that has affected many, whether they have same-sex attraction themselves or family and friends who do. His teaching is also helpful in addressing the wider sexual confusion of our times.