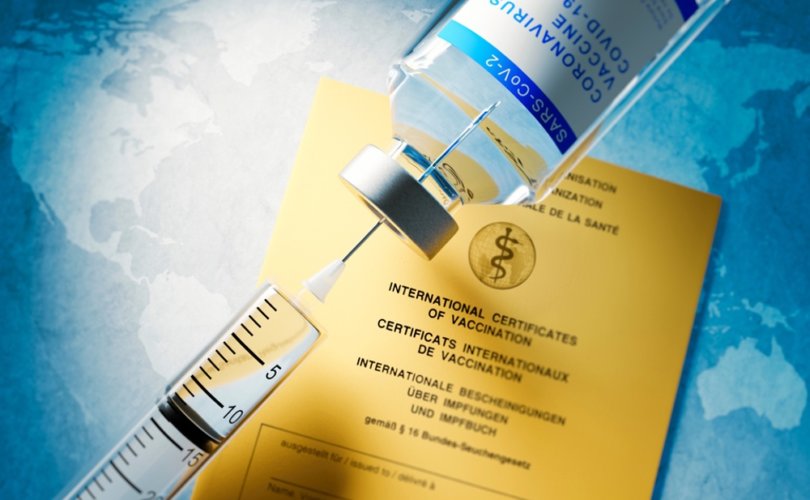 (Brownstone Institute) – The World Health Organization (WHO) recently announced plans for an international pandemic treaty tied to a digital passport and digital ID system. Meeting in December 2021 in a special session for only the second time since the WHO’s founding in 1948, the Health Assembly of the WHO adopted a single decision titled, “The World Together.”

The WHO plans to finalize the treaty by 2024. It will aim to shift governing authority, now reserved to sovereign states, to the WHO during a pandemic by legally binding member states to the WHO’s revised International Health Regulations.

In January of 2022 the United States submitted proposed amendments to the 2005 International Health Regulations, which bind all 194 UN member states, which the WHO director general accepted and forwarded to other member states. In contrast to amendments to our own constitution, these amendments will not require a two-thirds vote of our Senate, but a simple majority of the member states.

Most of the public is wholly unaware of these changes, which will impact the national sovereignty of member states.

The proposed amendments include, among others, the following. Among the changes the WHO will no longer need to consult with the state or attempt to obtain verification from the state where a reported event of concern (e.g., a new outbreak) is allegedly occurring before taking action on the basis of such reports (Article 9.1).

The relevant state no longer needs to agree with the WHO Director General’s determination that an event constitutes a public health emergency of international concern. A new Emergency Committee will be constituted at the WHO, which the Director-General will consult in lieu of the state within whose territory the public health emergency of international concern has occurred, to declare the emergency over.

The amendments will also give “regional directors” within the WHO, rather than elected representatives of the relevant states, the legal authority to declare a Public Health Emergency of Regional Concern.

Through these amendments, the WHO, with the support of the U.S., appears to be responding to roadblocks that China erected in the early days of COVID. This is a legitimate concern. But the net effect of the proposed amendments is a shift of power away from sovereign states, ours included, to unelected bureaucrats at the WHO. The thrust of every one of the changes is toward increased powers and centralized powers delegated to the WHO and away from member states.

Leslyn Lewis, a member of the Canadian parliament and lawyer with international experience, has warned that the treaty would also allow the WHO unilaterally to determine what constitutes a pandemic and declare when a pandemic is occurring.

“We would end up with a one-size-fits-all approach for the entire world,” she cautioned. Under the proposed WHO plan, pandemics need not be limited to infectious diseases and could include, for example, a declared obesity crisis.

As part of this plan, the WHO has contracted German-based Deutsche Telekom subsidiary T-Systems to develop a global vaccine passport system, with plans to link every person on the planet to a QR code digital ID. “Vaccination certificates that are tamper-proof and digitally verifiable build trust. WHO is therefore supporting member states in building national and regional trust networks and verification technology,” explained Garret Mehl, head of the WHO’s Department of Digital Health and Innovation.

The WHO’s gateway service also serves as a bridge between regional systems. It can also be used as part of future vaccination campaigns and home-based records.

This system will be universal, mandatory, trans-national, and operated by unelected bureaucrats in a captured NGO who already bungled the covid pandemic response.