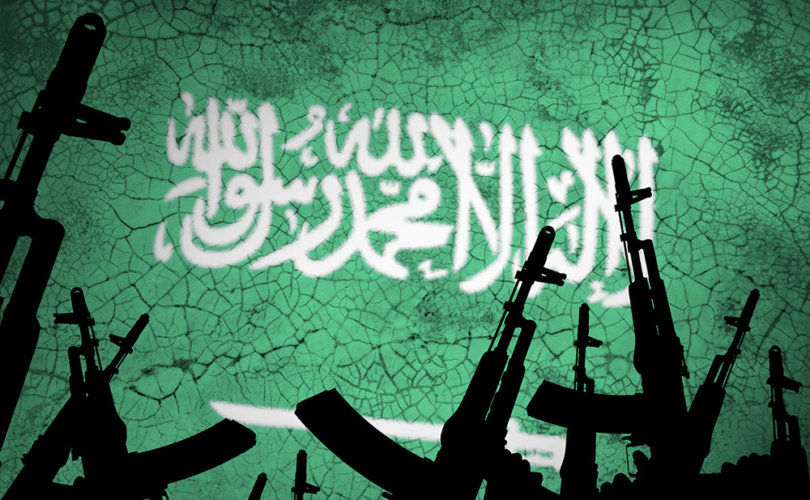 May 29, 2017 (American Thinker) — The political and religious leaders of Indonesia stand out among Muslim nations in attacks on Islamic radicalism and terrorism.  We hear little about their hatred of Islamic hate and violence from our media, because it doesn't fit the politically correct narrative that any criticism of the Religion of Peace is Islamophobic.  The Muslim Indonesians have plenty of harsh words for the ugly extremism of modern Islam, the Islam promoted around the world by Saudi and Qatar oil money, and based, they admit, on “classic Islamic law.”

While Trump was in Riyadh, trying to enlist our frenemy, the Saudis, to take responsibility for the radical jihadism they themselves spawned, across the world in Indonesia, there was an international meeting of 300 Muslim scholars to address the same issue.

“President Trump called for honesty in Riyadh.  Indeed, let us be honest,” one speaker declared at the event, put on by the 5-million-member Indonesian Muslim “youth movement” Gerakan Pemuda Ansor, according to a press release.

It is false and counterproductive to claim that the actions of al-Qaeda, ISIS, Boko Haram and other such groups have nothing to do with Islam, or merely represent a perversion of Islamic teachings. They are, in fact, outgrowths of Wahhabism and other fundamentalist streams of Sunni Islam.

The two-day event concluded with an official declaration, calling for a campaign “to transform Muslims' understanding of their religious obligations, and the very nature of Islamic orthodoxy.”  This is some of what it said:

For more than fifty years, Saudi Arabia has systematically propagated a supremacist, ultraconservative interpretation of Islam among Sunni Muslim populations worldwide. The Wahhabi/ultraconservative view of Islam … by Saudi Arabia and Qatar … al-Qaeda and ISIS – is intricately wedded to those elements of classical Islamic law that foster sectarian hatred and violence. Wahhabism is … characterized by antipathy – at times violent – towards Christians, Jews, Hindus, Buddhists and Sunni Muslims who do not share the Wahhabis' rigid and authoritarian view of Islam[.] … [Legitimate] Saudi opposition to Iran[ian], ISIS and al-Qaeda [supremacism] does not and should not absolve it from responsibility for promoting the very ideology that underlies and animates Sunni extremism and terror.

Muslims face a choice between starkly different visions of the future. Will they strive to recreate the … Caliphate – and thus seek to restore Islamic supremacy – as reflected in … orthodox, authoritative Islam? Or will they strive to develop a new religious sensibility that reflects the actual circumstances of our modern civilization, and contributes to the emergence of a truly just and harmonious world order, founded upon respect for the equal dignity and rights of every human being?

President Obama's policy of promoting Iranian nuclear might and hegemony in the Middle East (motivated by our former president's anti-colonialist spite toward America) has further destabilized that already violent region.  This presents us with opportunities, as well as the more obvious dangers.  The Saudis are open to change because they are terrified of both Iran and ISIS.  The monster of jihadism they have unleashed upon the world, along with the Shiite mullahs, has become a danger to themselves.

President Trump's Riyadh trip was a brilliant and practical effort to seize upon this fear and use it for our benefit.  He is enlisting the Saudis to cut off funding for ISIS and al-Qaeda, Hezb'allah and Hamas, and to monitor jihadis on the internet.

At the same time, we have work to do here at home to counter the widespread jihadi presence in America.  If we are serious about protecting American lives, we must drive out the jihadis from American mosques and communities.  That means taking on their Wahhabi financing.  (See my post earlier this week, “Drive them out: Time to deport known American jihadis.”)  Saudi Prince Talal, a senior member of their monarchy, pledged $32 billion – that's “billion” – to Islamize America.

The picture of Saudi activities in the United States is not a pretty one.  Freedom House's Muslim volunteers went to 15 prominent mosques from New York to San Diego and collected more than 200 books and other publications disseminated by Saudi Arabia (some 90% in Arabic) in mosque libraries, publication racks, and bookstores.

What they found can only be described as horrifying. These writings – each and every one of them sponsored by the kingdom – espouse an anti-Christian, anti-Semitic, misogynist, jihadist, and supremacist outlook. For example, they:

Reject Christianity as a valid faith: Any Muslim who believes “that churches are houses of God and that God is worshiped therein is an infidel.”

Insist that Islamic law be applied: On a range of issues, from women (who must be veiled) to apostates from Islam (“should be killed”), the Saudi publications insist on full enforcement of Shariah in America.

See non-Muslims as the enemy: “Be dissociated from the infidels, hate them for their religion, leave them, never rely on them for support, do not admire them, and always oppose them in every way according to Islamic law.”

See America as hostile territory: “It is forbidden for a Muslim to become a citizen of a country governed by infidels because this is a means of acquiescing to their infidelity and accepting all their erroneous ways.”

Prepare for war against America: “To be true Muslims, we must prepare and be ready for jihad in Allah's way. It is the duty of the citizen and the government.”

The report's authors correctly find that the publications under review “pose a grave threat to non-Muslims and to the Muslim community itself.” The materials instill a doctrine of religious hatred inimical to American culture and serve to produce new recruits to the enemy forces in the war on terrorism.

To provide just one example of the latter: Adam Yahiye Gadahn, thought to be the masked person in a 2004 videotape threatening that American streets would “run with blood,” became a jihadi in the course of spending time at the Islamic Society of Orange County, a Saudi-funded institution.

President Trump would be wise to heed the advice of Indonesia's Islamic reformers: the violence against Christians and Jews and non-Muslim nations is being actively promoted by Wahhabi imams in every country on the globe – including America.  Eighty percent of the mosques in America are Saudi-funded.

It's fine to create a pragmatic alliance with the Saudis to advance our interests in the Middle East, just as FDR and Churchill allied with Stalin in WWII.  The Saudis are not our friends, any more than was Stalinist Russia.  Saudi citizens, including the royal family, are actively working to subvert our constitution and our culture throughout America.

There is something simple we can do to drive jihadis our of our mosques and communities, and Freedom Caucus member Representative David Brat of Virginia proposed it last summer: no Saudi money for American mosques.  It is time to resurrect and push that bill.

This article was originally published on American Thinker and has been republished with permission.

Needed: A New Church Policy toward Islam [Pt. 1]
Newsbytes – The spread of Islamism