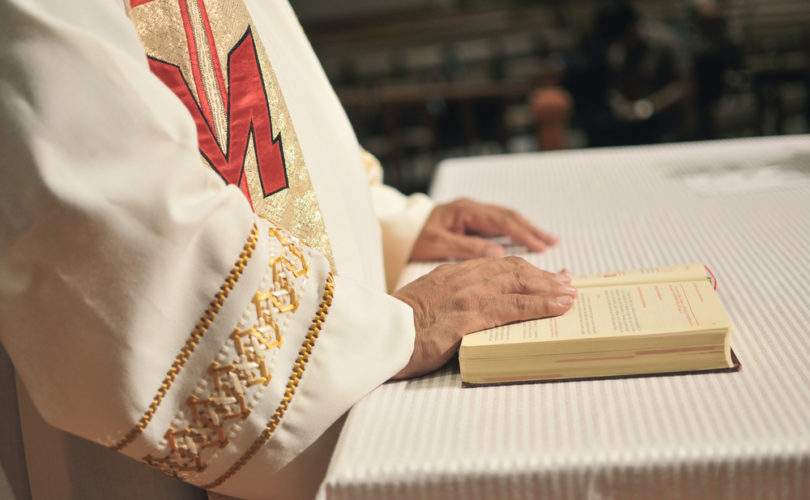 Editor's note: Catholic journalist and commentator Matt Abbott has written about the Catholic Church's sex abuse crisis since its earlier days, including in particular Cardinal Theodore McCarrick, who was removed from public ministry in June resulting from credible and substantiated allegations of abuse of a minor. McCarrick's abuse of seminarians and young priests under his purview while a bishop was a widely known secret among some journalists and many in the Church for years and was finally brought to light with his recent removal. Abbott was among those reporting on the abuse – when the story was largely ignored by journalists, quashed by some editors, and apparently enabled by Church leadership. Many who knew about the abuse were afraid to go on record for fear of repercussions, frustrating the work of journalists who were investigating and trying to report on the story.

One man, a former priest, reached out to Abbott at the time and confirmed the stories about McCarrick on the record. Some years later, the man requested that Abbott remove his name from Abbott's column due to its negative effect on his livelihood. Abbott complied, taking down that and another column he'd written on other McCarrick abuse with concern for the greater good. The former priest has reached out to Abbott in the wake of McCarrick's recent widespread exposure, willing to go back on the record.

LifeSiteNews is reprinting Abbott's July 16, 2018 column on Abbott's communication with the man below.

July 20, 2018 (Matt C. Abbott) – In 2006, I wrote a column quoting Bart Aslin, a former priest who was one of the only men at the time to publicly speak out about the deviant activities of Cardinal Theodore McCarrick, which finally came to light in the mainstream media in recent weeks after years of being an open secret.

A couple of years later, Mr. Aslin politely asked me to remove his name from my column, as his online words were causing him to lose potential job opportunities. Speaking the truth was costing him his livelihood, so I obliged and removed the entire column. I also removed a 2005 column on the same subject. I struggled with the fact that nothing was being said or done even well after my columns had appeared. Maybe I made a big mistake in publishing the material, I thought. Maybe I was wrong for “exposing” this influential prelate. Maybe I had sinned.

Given what's transpired in the last few weeks, I realize that I was not wrong to do so. Publishing those columns was a legal risk, but I was morally certain that the information I had received was accurate. Still, if it weren't for the fact that the Church had substantiated an allegation of abuse of a minor by McCarrick, the open secret would have continued indefinitely.

Years back, I wrote to you to confirm that I was a seminarian at Mount Saint Mary's Seminary and later a priest for the Archdiocese of Newark under Theodore McCarrick. I revealed to you my knowledge of McCarrick sleeping with seminarians, many of whom I knew personally. I had been a firefighter for the City of Linden, New Jersey prior to entering the seminary. It was a great job that I loved, but I decided to leave because I loved the Church and wanted to serve God and His people. Serving God's people was very rewarding; serving the Church, not so much.

The things I witnessed in the seminary and as a priest ultimately led me to leave the priesthood after five years. It was the hypocrisy of McCarrick and my fellow (gay) priests that led me to leave. In some ways, I was forced out because I did not fit the mold of a Newark diocesan priest. It was difficult enough to live a celibate life, but knowing that my 'brothers in Christ' were not following the Church's teachings caused me great strife and spiritual pain.

As I read the recent New York Times article in which Rob Ciolek was interviewed, it brought back many painful memories of watching Rob and other seminarians from the Diocese of Metuchen suffer under the abuse of 'Uncle Ted.' I recall that my spiritual director at the Mount also directed the very seminarians whom McCarrick would take to his shore house. I privately loathed these young men for what they were engaging in. Today, I feel nothing but empathy and sorrow for these men. What were they to do? Our ordinations were in the hands of a predator!

Since you printed my comments years ago, I have applied to many jobs within the Catholic Church. Recruiters would put me forward as a very strong candidate, but in every case, my candidacy went nowhere. I quickly concluded that I was suffering the consequences of my speaking out. I do not write this out of self-pity or anger. Just an observation of what I encountered.

Matt, I loved being a priest. I loved serving God's people. I was a very hardworking and dedicated priest who worked with children and young families. When the clergy scandals hit the media in the early 1990s, McCarrick sent all of his priests a letter informing us that if we were accused of sexual misconduct, we would be responsible for our legal representation.

That was the last straw for me.

I was a celibate, dedicated servant to the archdiocese,yet McCarrick and the very people who called me brother were turning their backs on their loyal servants. Since I worked almost exclusively with children, I decided it was time for me to leave. McCarrick and his cronies were happy that I left. I never once heard from him or the archdiocese after I submitted my letter of resignation.

I conclude by saying that it pains me that the Church took over 30 years to remove this reprehensible man. They knew all about his actions and turned a blind eye. I observe each Sunday how few young people and families attend Mass. Is there no wonder? The sin and hypocrisy of its servants has turned off and away its people. How the Lord must weep!

Thank you for your tireless work over the years. You are in my prayers.