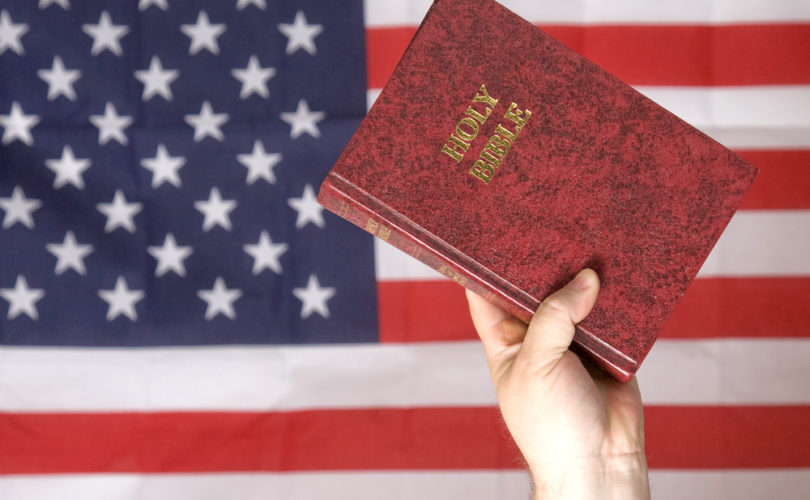 March 9, 2015 (BreakPoint.org) — As you probably know, on February 15th twenty-one Coptic Christians were martyred by the self-proclaimed Islamic State in Libya. The gruesome video shows the victims declaring their faith and calling upon the name of Jesus even as they died.

The killing brings to mind the words of Tertullian, the second-century apologist who was also from North Africa, who said “The blood of the martyrs is the seed of the Church.”

And that’s what the brother of the martyrs Bishoy and Samuel Kamel is counting on. As he told an Arabic Christian channel, “ISIS gave us more than we asked when they didn’t edit out the part where they declared their faith and called upon Jesus Christ. ISIS helped us strengthen our faith.” Wow. Amen.

Now a less edifying use of this story is how some, both Christians as well as non-Christians, are using what happened in Libya to downplay the challenges to religious freedom happening here in the U.S.

Now, let me first state the obvious: Nothing happening here or elsewhere in the West can remotely be compared to what Christians in the Islamic world undergo on a daily basis. Our first and second response should be to pray for them, and our third response should be to do whatever we can to draw attention to their plight.

At the same time, as Rod Dreher has helpfully pointed out, the “people in this country who fear and loathe Christians” are not beneath using what happened in Libya as an “argument-ender” when Christians complain about infringements on religious freedom. Their response is in essence, “Get back to me when they’re chopping Christian heads off in Times Square, then we’ll talk.”

Never mind, as Dreher also points out, that “No secular liberal would— nor should they—accept the argument that gays in the [U.S.] have no right to complain against discrimination because they don’t have it as bad as gays in ISIS-held territory.”

Yet American Christians are often held to a different standard, and not just by secular liberals. Some of our fellow Christians have become almost predictable in employing this rhetorical shaming strategy. One blogger asked, “Can we stop complaining about this bogus idea that American Christians are persecuted now?” He added that our complaints about the infringement of religious freedom here in the U.S. is “distracting, offensive, and insulting to those who face real persecution for their faith.”

Now, how he knows that our complaints are “offensive and distracting to those who face real persecution” goes unsaid. There’s no hint that he has actually spoken to any Christians in Iraq or Syria.

And as for “distracting,” regular BreakPoint listeners will tell you that we are quite capable of paying attention to both the suffering of our brethren overseas and the infringement on religious liberty here at home. And we’re hardly unique in that respect. Russell Moore, Rick Warren, and World Magazine have also been able to do both. In fact, I can’t think of a single example of someone who is so “distracted” by events here that they’ve not spoken out about atrocities there.

What’s at work here is a kind of false dilemma that one of my colleagues refers to as the Starving-Children-In-Africa fallacy. “There are problems in the world worse than yours,” goes the fallacy, “so your problems are not worth caring about or solving.”

What this false dilemma misses is that the actor most capable of addressing the persecution faced by our brothers and sisters overseas is the United States. And if the United States takes the lead in addressing the issue, it’s in large measure because of religious voices in the public square that are calling for action and seeking to influence public opinion. And without religious liberty, religious voices will be dismissed from the public square, and will be unheard.

And that would really be bogus.