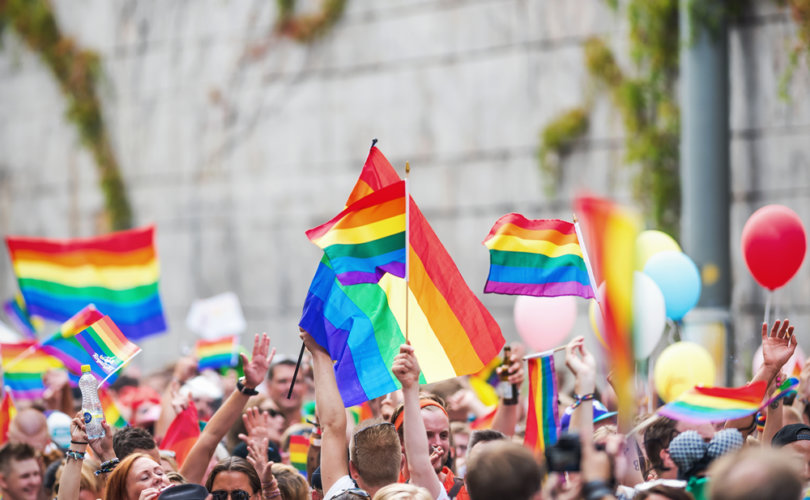 March 27, 2018 (The Daily Signal) – Recent developments in America's courts and legislatures have brought home a reality that I discussed in this space last summer: Transgender activists seek to undermine parental rights.

Transgenderism is part of a movement that is hostile to traditional family life. The traditional family is based on the idea that the needs of children are supplied by parents with rights and responsibilities to meet those needs.

While the state can interfere in cases of abuse or neglect, generally protecting parents' freedom is the best way to ensure that children are well provided for.

Wherever the state deals with children, such as in schools or in foster care, there are bound to be conflicts between parents and the state. This conflict in the sphere of education is why transgender activists spend much time trying to reform the way schools educate.

The state has greater power over foster parents than over birth parents because the state has assigned children to foster families, and it oversees the care they give. Transgender activists are sure to use those conflicts to spread the assumptions of the transgender movement.

Two developments – one in California and one in Delaware – in the past few weeks point toward greater developments in the spread of transgender ideology.

The gender-affirming care may include hormone suppressants and sex-reassignment surgery. Any attempt to treat a child consistent with his or her sex at birth would not be supported. The law blesses efforts to respect and affirm the child's “non-assigned” gender identity.

Regulating foster parents is an easier wedge for transgender activists than going directly after parental rights.

Some recent court decisions suggest that this movement may go beyond foster parents. In Ohio, parental rights were transferred to grandparents when a court ruled that the parents were not “transitioning” their child, which the court deemed the right gender-related health decision.

Delaware indirectly undermines parental rights. The Delaware secretary of education released proposed anti-discrimination regulations that guide schools in how to provide reasonable accommodations to those who identify with a gender different from their “assigned” sex.

As an example, students can participate in the sports teams that are “consistent with the student's gender identity regardless of the student's assigned sex at birth” or change their names on their diploma.

The secretary also set up a process whereby the school is to recognize a new gender identity (and, for good measure, a new racial identity). Schools begin the process by discussing the change with the student and asking if the parents are “supportive” of the child's self-identified gender or race.

Parents need not be consulted if the student reports that the parents will threaten the child's “health, safety, or well-being.”

Courts, schools, and legislatures that enable children to have autonomy over their medical decisions undermine parental rights and ultimately undermine the power necessary to raise and love children.

If children are able to define abuse and neglect, parental power is deeply compromised. This is precisely what transgender activists want. Those interested in the long-term viability of family life must resist those changes wherever they arise.

Published with permission from the The Daily Signal.