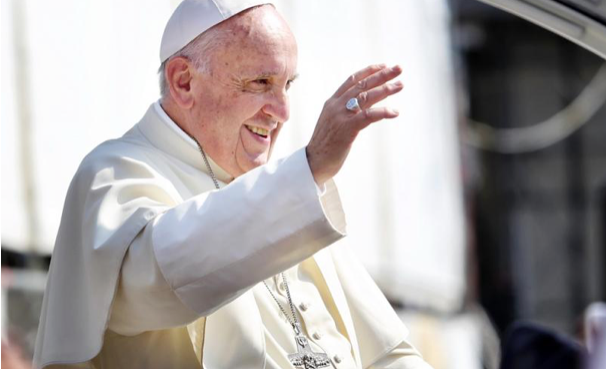 October 1, 2018 (Cardinal Newman Society) – It's underway. Despite Archbishop Chaput's call for a delay or cancellation – which the Newman Society supported – the Synod on Young People, the Faith, and Vocational Discernment is proceeding in Rome.

We have grave concerns that too many Synod organizers and gadflies with the ears of powerful officials are using it to advance their agenda to dilute Church teachings and, instead of calling young people to join the Church on the narrow path to Christ, are plotting to have the Church move to meet them on the secular world's easy, wide path.

How so? By seemingly discarding centuries of wisdom about formation and how to evangelize young people under the guise of offering a listening ear, “meeting them where they are,” and attention to “practical realities,” which would appear to be code for giving in to worldly concerns.

But isn't that precisely what has brought about today's crisis in the Church?

Accompanying young people down the secular world's wide path is not the way to God. Permissiveness and dependence on human relationships is tempting, but it is treacherous and full of deceivers, thieves, and (yes) predators who strive to ruin souls. Young people don't need the Church to walk with them on this dangerous path, they need to the Church to show them the way to Christ!

Christ's way is the narrow path. It is Truth, and it is hard, except for God's grace and mercy. A formation that gives young people the tools, knowledge, and moral discipline to help carry the Cross is the true path of holiness.

Synod organizers don't seem to believe this is possible today. But they only need look at thriving parishes with traditional devotions, the growing Catholic homeschool movement, the examples of faithful Catholic schools like those recognized by the Society's Catholic Education Honor Roll, and, of course, the counter-cultural Newman Guide colleges that take their Catholic identity seriously.

These places prove that the traditional way of forming young people works! This is precisely why The Newman Society proposes faithful Catholic education as the best response to the “contemporary 'crisis of truth' [that] is rooted in a 'crisis of faith,'” as Pope Benedict explained to American Catholic educators 10 years ago.

It is a shame that the organizers of the Synod ignore this success.

And it's hard to imagine a worse time for the world's bishops to gather for a Synod on Young People.

Too many Church leaders have demonstrated an appalling lack of concern for the safety of children and young adults from predator priests and bishops. How do the Synod fathers assure parents, educators, youth ministers, and others that they speak with authority – the authority of Christ – if key Synod participants and even Pope Francis himself will not respond forthrightly and decisively to the scandals and accusations that have rocked the Faithful?

Moreover, as The Cardinal Newman Society and others like the intrepid Robert Royal have warned for months, the Synod organizers seem disinterested in taking the necessary steps to bring the authentic Truth of our Faith to young people.

Our reports on the Youth Synod's preparatory documents have exposed serious flaws in the Synod organizers' favored approaches of attending to youthful desires and permissive “accompaniment.”

But even a cursory glance at the Instrumentum Laboris, or working document, for the Synod exposes a social-progressive mindset that clouds the importance of Christian formation. The document seems more about “taking care of young people” than teaching them Truth.

The “realities” for young people that are considered by the Synod's working document include globalization and diversity, social and economic inequalities, war and violence, injustice and exploitation, jobs and unemployment, intergenerational relationships, digital media, sports and entertainment, immigration, and so on.

To the extent that sexuality is discussed, there is no sense of crisis. Instead, the document seeks more “practical” conversation about fundamental teachings on sexuality.

Education gets far too little attention. When it is discussed, it is primarily in the secular context of academics and career, not with the mission of evangelization.

We hope that some of the faithful bishops attending the Synod, and there are a number of them, are able to redirect the discussions and outcome. But assuming that not much good will come out of it regarding effectively leading young people away from the secular world's siren call, families – in partnership with faithful educators and trusted priests and bishops – must go all-in on the renewal of Catholic education.

A renewal of Catholic education – by which we mean the Christian formation of young people in the home and in schools – is critical to the renewal of the Church's mission of evangelization.

The disastrous results of prior generations' rebellion against authority and moral discipline – against Truth itself – have reached a culmination in the horrific scandals among so many unfaithful priests and bishops. At least, we hope and pray this is the turning point.

Now is the time when our message of fidelity and responsible formation can resonate. It is for this reason that now – in our 25th anniversary year – the Newman Society is refocusing and redoubling our efforts on recognizing faithful Catholic education and holding it out as a model for the Church.

By setting more and more young Catholics on the narrow path, the true Way of Christ, we will once again see the heroism and the holiness of the saints. And by their example, and by the sacrifice of true educators, and with God's grace, we will see the renewal of the Church and Catholic life.

Published with permission from the Cardinal Newman Society.