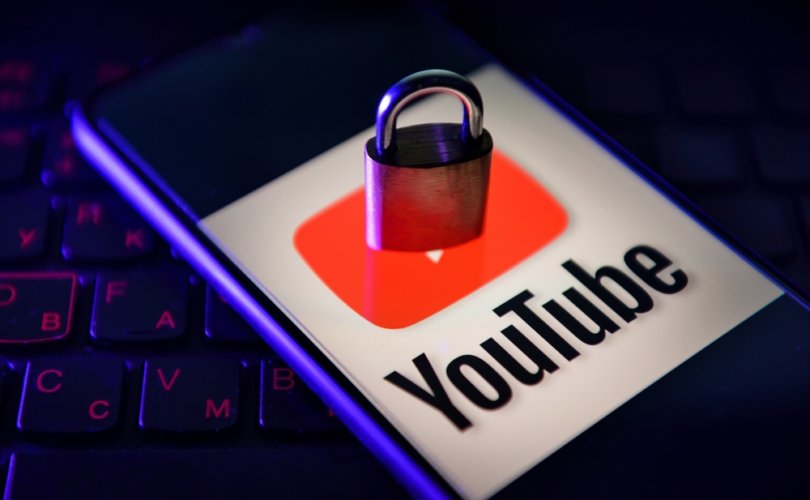 (WND News Center) – A new video has been released documenting “election denialists,” those personalities and politicians claiming that a presidential election was fraudulent, that the winner is “illegitimate,” and that Americans’ real choice for the presidency was illegally cast aside.

Headlines in the last two years have been replete with reports of such claims by former President Donald Trump and his supporters, but this new video shows critics of his claims using the very same language concerning the 2016 election outcome.

Trump’s claims are based on circumstances that do raise eyebrows, and in an least one case have drawn suggestions that one of those influencing the election outcome be charged criminally.

That charge, coming from the Center for Renewing America, cited Mark Zuckerberg’s actions to influence the election, and said he should be investigated by the IRS for alleged violations of existing tax laws for “intentionally pouring financial resources into the 2020 election to benefit then-candidate Joe Biden.”

It already was well-known that Zuckerberg had an inordinate influence over the 2020 presidential election when he ordered accurate but very damaging information about the Biden family’s international business operations to be suppressed in the days before the 2020 vote.

In fact, GOP House leader Kevin McCarthy has accused him of colluding with the FBI to change the victor from Trump to now-President Joe Biden. Zuckerberg also, through foundations, handed out hundreds of millions of dollars, outside the regulated election finance system, to influence the 2020 presidential vote.

But the new video, published by journalist Matt Orfalea, doesn’t show Trump or his supporters. It’s all leftists, whether in showbusiness, the media, or in politics.

After all, Hillary Clinton, who was a two-time loser in the presidential race after falling to Trump in 2016, has repeatedly propositioned that Trump was an “illegitimate” president.

The video was posted by Substack journalist Matt Taibbi, but demonetized almost immediately by YouTube, giving rise to accusations from constitutional expert Jonathan Turley that it was the Big Tech corporation’s “latest attack on free speech.”

“YouTube has previously shown open political bias in its censorship and demonetization policies. However, this is remarkably blatant in demonetizing a video that showed how Democrats previously claimed elections of Republicans were stolen – contradicting the narrative maintained in the media and on social media,” he explained.

The comments about Trump come from the likes of “Hillary Clinton, Joe Biden, Kamala Harris, Karine Jean-Pierre, Adam Schiff, Rob Reiner, Tom Arnold, and Chris Hayes, among many others,” and none of the statements were censored when originally made.

But now Republicans’ statements are.

Taibbi commented: “The decision to assemble these materials in one place, inviting audiences to consider their meaning, apparently crosses a line. Now we know: you can deny election results on a platform like YouTube as much as you want, you can even promise disruption, but drawing attention to such behavior angers the algorithm. It’s hard to imagine a better demonstration of the double-standard in content moderation.”

Turley said, “Demonetizing a video of what Democrats have previously declared is reminiscent of the Twitter blocking of the site Libs of TikTok to stop the site from replaying the postings of liberals.”

“YouTube and other companies are now openly advancing a political agenda in blocking or demonetizing such postings. This is only likely to get worse as we approach the midterm and 2024 elections. The effort is to actively block resources or access to conservative, libertarian, or contrary viewpoints.”

In a commentary for PJMedia, Rick Moran noted that “Democrats are getting nervous about the January 6 Committee and the curious lack of indictments. In short, there haven’t been any and while there have been referrals to the Justice Department, DOJ has other fish to fry when it comes to Trump and his associates.”

“The Democrats were hoping that the January 6 Committee would blow the roof off the midterm elections with shocking headlines and famous Republicans doing a perp walk to jail. So far, it hasn’t even been established that anyone broke the law in seeking to ‘overturn’ the election.”

Moran continued, “As with Ukrainegate and impeachment, and Russiagate before that, polls show January 6 remains low on the list of voter concerns (the cratering economy is first). However, the reason it ‘may be hard for people to understand,’… is that congress has spent too much time blurring lines between election denial and conspiracy to overturn the result. If they just focused on the latter – and they have produced evidence, like Trump asking Acting Attorney General Jeffrey Rosen to seize voting machines – the hearings might be more effective, even with Republicans.”

“But they haven’t been, for a reason made obvious by Matt Orfalea’s damning video – which YouTube incredibly has already demonetized… Amid sweeping efforts to punish election denial in the Trump context, both criminally and with censorship, an almost exactly similar denial campaign that inspired four-plus years of blue politics has been dropped down a memory hole.”

Moran argued that the “kicker is that the difference between Democratic denial and Republican denial is that Democrats aren’t being flayed alive for their election denial like the GOP.”

In fact, Democrats have been in denial about every Republican victory since the turn of the century in one way or another.

Reprinted by the WND News Center.