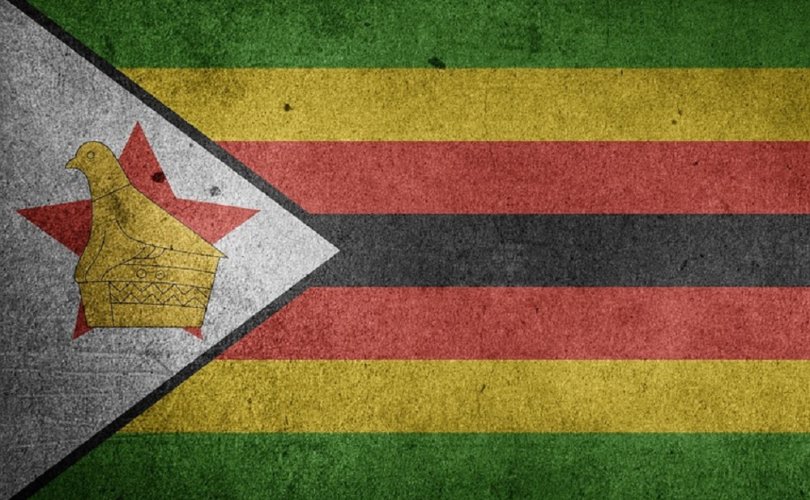 In all my mission trips I have never encountered such an entrenched contraceptive mindset as in Zimbabwe. The quotes below are a sampling from nursing students at one of the government accredited Catholic nursing schools. The government has for decades, through its ministries of Health and Education, mandated that Zimbabwe's contraception and comprehensive sex-education, “reproductive health”, be fully integrated throughout the school system. This includes primary, secondary and higher education institutions – one of the most aggressive and concentrated efforts I have encountered thus far.

In a previous column, I spoke about the situation in Uganda, where population control groups are aggressively trying to convince Ugandans, the fastest growing and youngest population in Africa, to embrace the anti-life agenda. Whereas in Zimbabwe, the people have fully already embraced the contraceptive mindset.

The nursing students we spoke to believe that a lower birth rate is synonymous with prosperity and happiness. They think that family life and the gift of children are obstacles, hindrances to economic growth. Yet the current economic situation with high unemployment is not caused by the number of children; rather, it results from government corruption and exploitation of the Zimbabwean people. There are nearly 90 population control groups and NGOs working in this country, all with a goal of lowering an already dangerously low birth rate – average family size is 2-3 children (total fertility rate of 2.4).

Zimbabwe is struggling; her families are hurting, and children are suffering. High unemployment is experienced by numbers of people, including college graduates and tradesmen, begging and soliciting assistance. At every major street corner there are people attempting to sell goods simply to provide money for food and necessities. Every weekday, thousands line up at the immigration office to petition for approval to travel outside the country for employment. There are over 2 million Zimbabweans working abroad, with the highest populations in South Africa and London. Over 27% of Zimbabwe's income is from remittances from these citizens sending money to their families.

There are extremely difficult issues confronting this beautiful nation and its people.  However, their root cause is not large families. It is reprehensible to make married couples feel that being open to life, a larger family, will hinder their prosperity and happiness. However, this was the common sentiment expressed among most we met, single and married – the consequence of decades of governmental indoctrination and “colonization of the mind.” In 1975, the average woman of childbearing age had 7 children and a similar economic situation was present. Has lessening of the number of children and a smaller population made the situation better? Absolutely not. Large poor families have simply become small poor families.

Where is the honesty?

Most have been brainwashed to believe that Zimbabwe is overpopulated, instead of considering the systemic reasons for abject poverty and economic problems. No one is talking about the maldistribution of goods. Few are talking about the corrupt political leaders who have sold out their people and nation to NGOs and private entities for financial gain. Sadly, because of the constant bombardment of propaganda, we were met with rejection – people want to believe what has been taught by their government. Anyone opposing what is approved by the government is quickly silenced – sometimes with dire circumstances.

In 1974 under the Nixon administration, the National Security Council of the US promulgated National Security Study Memorandum 200, entitled “Implications of Worldwide Population Growth for US Security and Overseas Interests.” The document expresses the overall strategy of the US government regarding worldwide population control operations. This document continues to be in force and has never been rescinded or amended. Chapter III of the document states its purpose:

“The U.S. economy will require large and increasing amounts of minerals, especially from less developed countries.  This gives the U.S. enhanced interest in the political, economic, and social stability of the supplying countries. Wherever a lessening of population through reduced birth rates can increase the prospects for such stability, population policy becomes relevant to resource supplies and to the economic interests of the United States.”

Zimbabwe is targeted by anti-life groups because of the vast mineral resources many Western and developed counties require to sustain their industry and way of life. The Central Intelligence Agency (CIA) of the US lists these resources in its 2017 World Factbook: coal, chromium ore, asbestos, gold, nickel, copper, iron ore, vanadium, lithium, tin, and platinum group metals.

Because of their influence and the massive amounts of money they possess, population controllers dominate the health sector and control the media. These outlets, on radio, television and in publications, advertise and endorse the use of condoms and contraceptives. They even reach the most remote areas of the country.

Some of these groups have been working in Zimbabwe for decades. PSI Zimbabwe, for example, was established in 1987 and began its collaboration with the Zimbabwean government in 1996. PSI markets condoms, chemical contraceptives, HIV testing, abortions and many other anti-life services.

PSI collaborates with the National AIDS Council (NAC), New Start Centre and National Family Planning Services among other groups in Zimbabwe to carry out its anti-life work. It dominates the “health” sector, giving pregnant women lessons on contraceptives, convincing them to have less children, believing that having several children is a major cause of poverty and that it is bad for their health. PSI and its partners also promote long-term abortifacient implants, like Depo-Provera and Norplant. Although abortion is illegal in Zimbabwe, PSI offers abortions and is getting away with it. The government simply turns a blind eye when it comes to addressing this matter. This shows how much influence PSI and their anti-life partners have upon the leaders of this nation and exposes their role as the source of corruption and exploitation.

History of Population Control in Africa

Population control groups began to exert pressure on Africa in the second half of the 20th century after International Planned Parenthood Federation (IPPF) had pioneered the founding of Family Planning Associations in the continent. IPPF was born in Bombay, India in 1952, and currently has its world headquarters in London with its African headquarters in Nairobi, Kenya.

At the United Nations Conference on Trade and Development (UNCTAD) that took place in Bucharest in 1977, the Group of 77 (G77) – founded on June 15, 1964 by the “Joint Declaration of the Seventy-Seven Countries” at the first UNCTAD meeting in 1967 – expressed great concern over contraceptive use. One of the leaders forming the group, President Julius Kambarage Nyerere of Tanzania, was so angered that he said the best route for Africa was development, not contraception. Nyerere clearly saw that economic development in Africa lay in its growing population. Zimbabwe's contraception rate is a prime example.

However, from the mid-1980's, contraception was liberalized in most African countries, especially after the Cairo International Conference on Women and Development (1992) and the Fourth Women's Conference in Beijing (1995), which promoted new concepts, like “reproductive health” and “women's development” i.e. contraception, sterilization and abortion. Nearly all countries embraced new practices in contraception, making them available and acceptable to all women regardless of their marital status and age. In Zimbabwe, for example, contraception has gained prominence since 1996.

Corrupted by huge amounts of money and deceived by outright propaganda, some African leaders became willing agents of the population control agenda. The situation became worse, especially in countries that had no “opposing voice”. Today contraception in Africa is marketed as a necessity, and most people think it is synonymous with development, a tool for eradicating poverty and making married life happier.

There are a few pro-life groups making a difference by steadily proclaiming the truth about the dignity of the human person, sexuality and the institutions of marriage and family.

One example is the Guadalupe Association of Zimbabwe, HLI's affiliate, founded on March 19, 1996. As a Catholic association, it proclaims Church teaching concerning life, marriage and family. Through education, advocacy, acts of charity and public debate, it furthers respect for every life from the moment of conception to its natural death.

Among its many programs are:

Another sign of hope is Makumbi Children's Home. It is directed by Sister Diana Kanyere, LCBL (Little Blessed Children of Blessed Lady). The home cares for 80 orphaned children, counsels women, mothers and families and assists those diagnosed with AIDS. Sister Diana is passionately committed to the cause of life and family. She has given retreats and hundreds of talks on the teaching of the Catholic Church to Catholic groups, women's organizations and youth groups. Sister Diana, her religious community and staff support the less privileged children and families in the Domboshawa Makumbi community.

Recently, I met with an archbishop from Tanzania to discuss the current crisis confronting the Church in Africa. We both acknowledged the Church in Africa has experienced rapid growth, but that it needs more time for formation and catechesis to anchor the faith and protect the people from radical anti-life and family agendas being aggressively promoted. Thus, the role of the Church in Africa is irreplaceable in authentically replacing the radical contraceptive mindset with greater respect for life, marriage and family. This will require an active, united and concerted effort on the part of the bishops, priests and religious.

Please join me in praying for the people of Zimbabwe, as well as for the African continent. This blessed land is under assault by forces seeking to ravage a people who love life and family. Inspired by the challenging words of St. Pope John Paul II in Evangelium Vitae HLI, which has worked in Africa for many decades, stands ready to provide continued support and assistance.

“Individuals, families, groups and associations, albeit for different reasons and in different ways, all have a responsibility for shaping society and developing cultural, economic, political and legislative projects which, with respect for all and in keeping with democratic principles, will contribute to the building of a society in which the dignity of each person is recognized and protected and the lives of all are defended and enhanced.” — Evangelium Vitae, ¶90

Published with permission from the Human Life International.