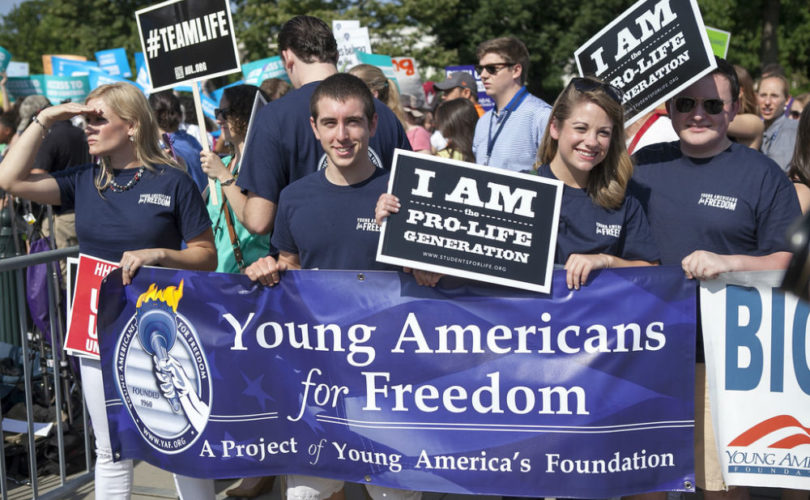 On the occasion of the 40th anniversary of Roe v Wade in January 2013, Time magazine published a surprising and iconic cover story about how the pro-choice side has been losing ever since it thought it won in 1973. The reasons Time listed were spot on:

Indeed, abortion advocates have been in an admitted state of panic for quite some time over building pro-life momentum.

Other recent abortion articles have hit on the same theme…

Here are 15 reasons why abortion proponents think pro-lifers are crushing them, as lifted from the aforementioned abortion articles. A couple were included in Time’s list, but most are in addition:

In a nutshell, quoting VanEgeren:

Whether it’s through hundreds of laws passed at the state level or the recent Hobby Lobby decision that allows companies to deny birth control coverage to employees on religious grounds, the pro-life movement is on a winning streak over access to abortions and birth control.

“It’s kind of like waiting for the other shoe to drop,” said Elizabeth Nash, state issues manager with the Guttmacher Institute, a think-tank focused on sexual and reproductive health policy. “I’m not entirely sure what will happen next.”

Well, here’s another shoe, impossible for abortion proponents to fill. Quoting Sarah Weddington (pictured right), the lawyer who successfully persuaded the Supreme Court in Roe v Wade, speaking at an event on July 12, via KnoxNews.com:

“Today, the young people are so much further (along) than I was at their age,” she said. “They speak more languages. They go on more trips. They have to show me how to use my iPhone … but one of the things we haven’t quite managed to do is to give them the same burning motivation to change things that we believe are wrong in the way that we did.”

In other words, the pro-choice crowd has no rear guard. They killed them.