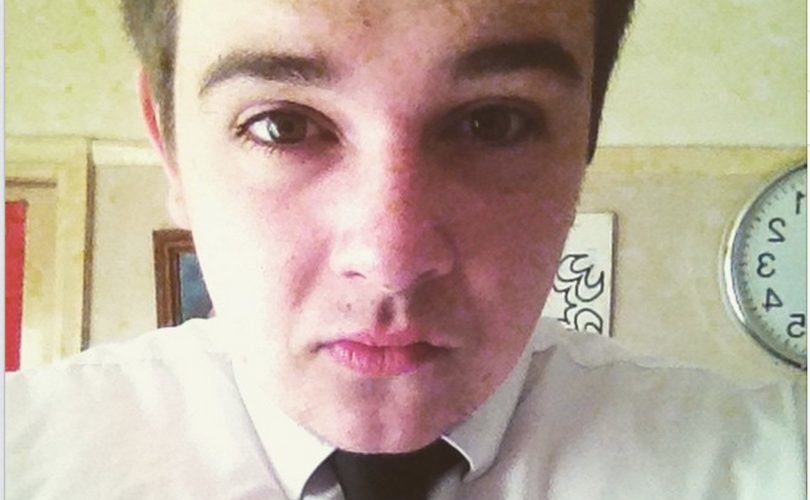 (LiveActionNews) – Joshua Checksfield is a grieving father on a mission. At just 17 years old, he’s felt the devastating effects of abortion and is taking steps to do something about it in honor of his child.

Last year, Checksfield met and fell for a girl. And despite the disapproval of her mother, the two started up a relationship. A few months later, they discovered they were expecting a baby.

“At first we were both shocked, scared and confused of what to do next,” explained Checksfield. “We were both really young, in school, and had exams and things on our shoulders. We hid it as great as we could…baggy clothes, everything we could think of.”

Then things changed. He and his girlfriend had an argument. It turned out that her mother had discovered the pregnancy. She took the two of them to a doctor, but Checksfield was not allowed in the exam room. When the appointment was over, Checksfield says that his girlfriend and her mother walked out of the office, and didn’t acknowledge him.

After that, he didn’t hear from his girlfriend at all. He called, he went to her house, and he sent her messages. The mother of his child was now unreachable because, as Checksfield believes, her mother had taken her phone and canceled the Internet access. Checksfield went as far as to call the police to help him get in touch with his girlfriend.

“[The police] came back and told me that they can’t tell me about the abortion, but our relationship was over and they would file a restraining order if I tried getting in contact with [my girlfriend],” said Checksfield. “After that my life fell apart. I locked myself in, refused to speak to any of my close friends and family, and then I started self-harming.”

Checksfield has struggled with nightmares about his baby and the abortion. He saw a doctor who prescribed anxiety and sleeping pills. After that, Checksfield made the decision to move forward from the tragedy by finding a way to give purpose to his child’s short life. He’s fighting, he says, for not just the pro-life cause, but for fathers who have no rights when it comes to their preborn children.

Currently enrolled to be a school speaker for the Society for the Protection of Unborn Children in the United Kingdom, Checksfield strives to help his peers as well as the world see abortion and its effects for what they really are, especially for the fathers who have no legal rights to save the lives of their preborn children. As an SPUC speaker, he will visit schools across the UK to give pro-life presentations to students, helping to form the next pro-life generation. In addition, he has opened an Instagram account to spread his message and help fathers across the globe.