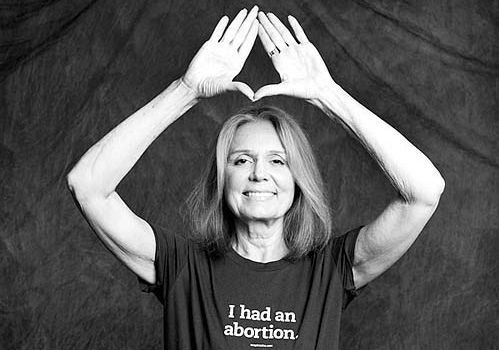 Feminist activist Gloria Steinem: "How can [the law] differentially apply to two people who may be legally separate, but who actually inhabit the same body?"

Every woman who is pregnant wonders if she has a bedroom for that child; can she afford to take off the time to raise that child? … When women don’t have jobs or health care, where is the choice? There is nothing worse than a woman aborting a baby she wanted because she couldn’t support it.(1)

It is commendable that Ross speaks out against women being pressured to abort their children due to poverty. Pro-lifers have been talking about this for years. In fact, pro-lifers have a long tradition of helping poor pregnant women.  Crisis pregnancy centers have been offering support and baby items to poor women before abortion became legal, and there are many examples of individual pro-lifers helping women. But I’d like to focus on another part of Ross’s quote.

Ross refers to “aborting a baby,” and uses the word “child” twice. Her admission is that abortion kills a child. And there are other examples that show pro-abortion leaders know this truth about abortion.

How can [the law] differentially apply to two people who may be legally separate, but who actually inhabit the same body?(2)

And an issue of Time magazine, Frances Kissling, leader of the pro-abortion group Catholics for Free Choice, says:

Abortion is not like having your tooth pulled or having your appendix out. It involves the termination of an early form of human life. That deserves some gravitas. (3)

When I did squarely confront abortion as a possibility, it was a very difficult decision. ….I had to weigh the responsibility I felt for the developing life within me against the moral, material, and practical responsibilities of my [other] daughters’ well being…I have never, not once, questioned my choice to have that abortion.(4)

And Faye Wattleton, then president of Planned Parenthood, has said:

Women are not stupid … women have always known that there was a life there.(5)

SisterSong, Catholics for Free Choice, NARAL Pro-Choice America, and Planned Parenthood —some of the most prominent and vocal groups supporting abortion today. All their leaders, whether they refer to the aborted baby as “a child,” “a baby,” “a life,” or as one of two “people,” know exactly what abortion is.