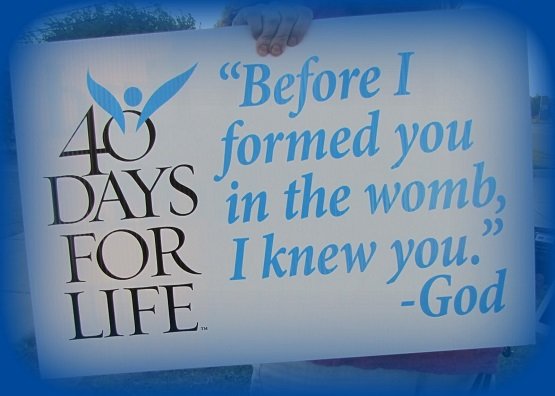 Since this all started on September 28, our local leaders around the world are reporting 527 mothers who’ve chosen life for their babies – that we know of! Prayers are being answered … at the last possible moment. To God be all the glory!

A couple entering the Marie Stopes facility in Birmingham was offered a leaflet, but the young man refused and said they had an appointment to keep.

The volunteer said, “Don’t keep your appointment — keep your baby!”

The man said he didn’t know what she was talking about and that there was no baby.

At that point, his girlfriend began to look a bit sheepish. “It was clear she hadn’t told him why they were coming there,” said Isabel, the local coordinator in Birmingham. “I presume she just said she had some woman’s health problem and he offered to accompany her.”

The volunteer explained to the man that their appointment was at an abortion facility. He then spoke quietly to his girlfriend, but he appeared upset.

They entered the building, but came out again only a few minutes later with a simple message for the volunteers: “We’ll be keeping our baby!”

A second couple arrived at Marie Stopes with their five children. One of the vigil participants took them aside – out of earshot of the children – to offer help. The dad admitted that they had nearly aborted their fourth and fifth children – but he also admitted he was glad they hadn’t.

“After twenty minutes,” Isabel said, “the couple decided they would keep this baby, too, and went happily away.”

As we’re more than a month into the campaign, the vigil’s opponents are getting flustered.

A man pulled up to the vigil site and snatched a couple of posters, threw them into his car and drove off. Volunteers later found him lurking around a block of flats … and soon found the pilfered posters in a rubbish bin.

Marie Stopes is also complaining to the advertising standards authority about the fetal development leaflets the volunteers distribute.

“These signs of opposition are confirming that we must be having an effect,” Isabel said, “and from the fact we’ve had four saves — it seems to be a very positive effect!”