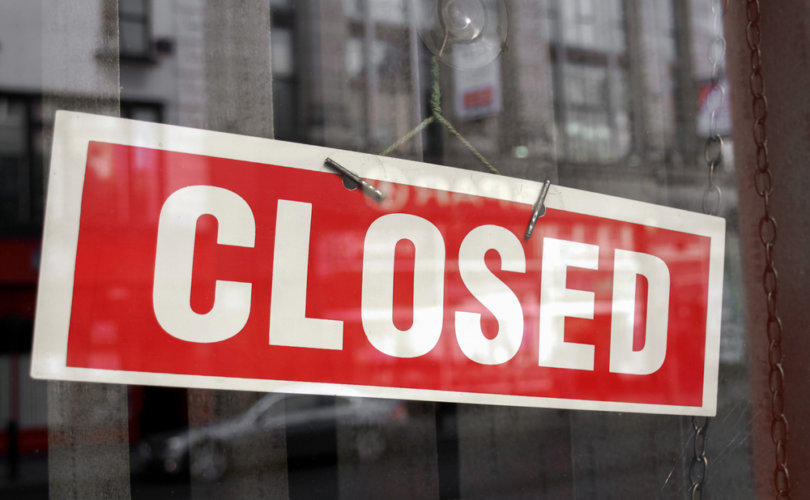 May 11, 2016 (NationalRighttoLifeNews) — In pro-life circles, no one has documented and explained the shrinking number of abortion clinics more thoughtfully and more thoroughly than NRLC’s Dr. Randall K. O’Bannon, director of education and research. That is why it is appropriate that this morning Randy would forward me a story by Madeleine Schwartz, “Abortion Clinics In Blue States Are Closing, Too.”

That headline speaks volumes and is a necessary corrective to the endless supply of superficial stories about how/why the number of abortion clinics is dropping.

The abortion industry and its hordes of media apologists spend most of their time lamenting how “red states”–which is code for them for conservative Republican statehouses–are “closing down” abortion clinics. We hope and believe that laws are having an effect by closing down dangerous and substandard facilities, and helping women consider life affirming alternatives to abortion. But Ms. Schwartz’s larger observation, one rarely acknowledged outside of NRL News Today, is that abortion clinics are closing everywhere for reasons that go far beyond changes in the law.

Schwartz uses the Women’s Health Specialists of California, a group of six abortion clinics in Northern California, as a way of illustrating what is happening in even the bluest of blue states. Schwartz observes that executive director Shauna Heckert

feels lucky to be working in a blue state. California abortion laws are among the most favorable to providers. The state is the only one rated A+by the lobbying group NARAL Pro-Choice America in its state-by-state survey.

Yet even as her organization celebrates its 40th anniversary, Heckert worries that she may no longer be able to keep all of them open. In the past few years, she’s seen other small providers close their doors because they simply couldn’t afford to keep going. The fees for services they charged were too low, the reimbursements from Medicaid and insurance too small and too infrequent. And the demand for abortions has fallen with the rate of unwanted pregnancies. “We are a dying breed,” Heckert said. Clinics in California and around the country have stopped operating, not only because of restrictive legislation and policy changes but “because of economics,” she said.

Economics as a reflection of….what? A reduced demand to off unborn children. More about that in a moment.

But, let’s be more specific. Is it a handful of abortion clinics in blue states disappearing versus a bushelful in red states? No!

According to Nikki Madsen, executive director of the Abortion Care Network, a national association for independent abortion care providers, for every three independent abortion clinics in her network that close in more conservative states, about two have closed in more liberal states over the past five years. She broadly defines these more liberal states as those that offer Medicaid funding for abortion, almost all of which voted for President Obama in the 2012 election.

Of course abortion “providers” offer a bevy of other excuses. Low Medicaid reimbursements; limitations on the categories that do qualify under Medicaid (very minimal, thanks to the Hyde Amendment); “generally hostile atmosphere”; laws that abortion clinics must meet something more than absolutely minimal requirements; and the like.

Well into the story Schwartz talks about fewer unintended pregnancies, which (besides more women who are pregnant choosing life) means less business for the abortion clinics.

Something she doesn’t address which Dr. O’Bannon has frequently documented: that more and more, the already bloated Planned Parenthood behemoth is growing even larger. They are gobbling up their own smaller affiliates to build “mega-clinics” and are able to out-price smaller independent abortion clinics, which has the effect of driving them out of business.

There is a very important piece of information that comes near the very end of Schwartz’s story.

Because most abortion procedures happen in small clinics, the practice has been “siloed from other care and other reproductive health care,” said Kelly Baden, director of state advocacy at the Center for Reproductive Rights, an abortion-rights nonprofit organization that is representing Texas abortion clinics before the Supreme Court. Some clinics have tried to integrate abortion care with other aspects of women’s medicine in order to stay afloat. “We are seeing many abortion clinics expand their services to reach some of the other health gaps in reproductive health care,” Madsen said. Although clinics have long offered contraception and counseling services, Madsen said she sees more clinics expanding into other aspects of women’s health care, including birthing, Pap smears, cancer screenings, miscarriage management and insemination services, as well as health care for LGBT patients.

Worth noting – very much worth noting – is that not a single person in Schwartz’s story expresses happiness that there are fewer abortions.

Dr. O’Bannon has insight into what is taking place, and helps us connect a series of dots:

All these – the publicity campaigns, the legislative efforts, the building of new mega-clinics, the promotion of chemical abortion, the strategic studies to “recast” abortion – can easily be seen as dramatic efforts of a flailing industry desperate to rebrand its product. But no amount of publicity, no shiny buildings or new improved packaging, no study will change the reality of what abortion is, though – the deliberate and unnecessary destruction of innocent human life.