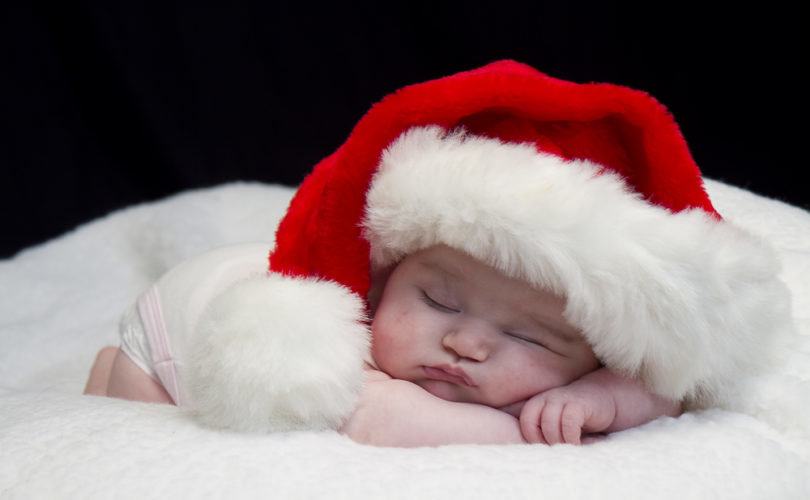 November 27, 2015 (LiveActionNews) — Rather than kill him in the womb, or toss him out a window into a courtyard after he was born, a Queens, New York, mother wrapped her newborn in towels purchased from a 99-cent store and laid him in a Christmas Nativity manger inside of Holy Child Jesus Roman Catholic Church.

It was church custodian José Moran who first heard the whimpering coming from the manger where he found the child who now bears the nickname “Baby Jesus.” His umbilical cord was still attached.

Moran told the New York Daily News that an hour after the nativity scene was erected, right after he returned from lunch, he was cleaning the church when he heard the infant cry.

I looked around and didn’t see anyone. I followed the cries. I walked to the little nativity home we had installed inside the church… I couldn’t believe my eyes. The baby was wrapped in towels. He still had his umbilical cord. He was next to the Virgin (Mary).

Since the infant was found, police surveillance video has uncovered footage of a woman entering the church with what appears to be a baby who walked out with nothing in her arms. Officers also found tape in a local dollar store showing a woman with an infant inside her jacket purchasing towels.

While authorities attempt to locate the woman on the tape, the healthy baby boy is now in the care of Administration of Children’s Services.

In New York State, as long as the infant is handed over to an appropriate person, the law permits unwanted newborns to be anonymously abandoned at places called “safe havens.” Women can surrender babies up to 30 days old at local churches, police stations, firehouses and hospitals.

Unfortunately, this mother could face criminal charges for leaving her baby in a manger without notifying anyone that he was there.

Calling the baby in the manger a “Christmas miracle,” one of the priests at the church, Father Christopher Ryan Heanue, said that the baby’s mother “must have been in a difficult place in her life.”

He certainly does! Perhaps we can be thankful this Thanksgiving that a woman in New York City, where 40 percent of pregnancies end in abortion, loved and cared enough for “Baby Jesús” to swaddle him in towels and selflessly place him in a crèche at a Richmond Hill church.