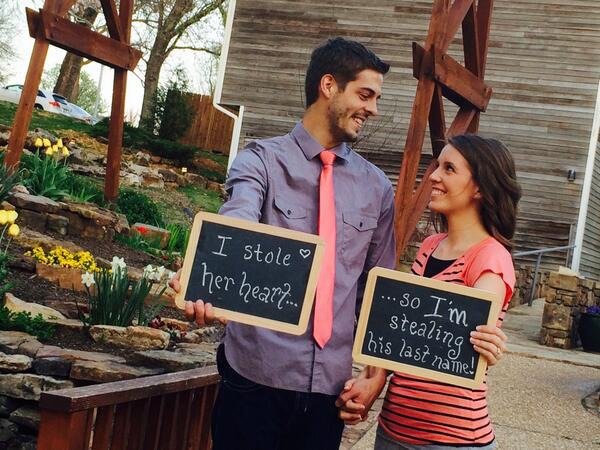 Jim-Bob and Michelle Duggar’s newlywed daughter Jill and her husband Derick Dillard recently announced that she is pregnant with the first of what they hope will be many more babies to come.  But rather than congratulating the happy couple, pro-abortion commentators are criticizing Jill for her decision to announce the pregnancy early – all because she told a New York Post reporter that she did it to promote her belief that life begins at conception.

“Understanding that the majority of miscarriages happen within the first trimester, and believing that every life is precious no matter how young, we decided to share our joyful news as soon as we could,” the 23-year-old mother told the Post’s Page Six on Tuesday.

Pro-abortion bloggers have slammed Mrs. Dillard for her remarks.  “You catch that?” wrote Alexis Rhiannon at Crushable.  “She acknowledges that she’s still at risk for miscarriages, but just wants to issue us a helpful reminder that every life is precious. So it’s basically an anti-abortion message concealed within her explanation for announcing her pregnancy at the first sign of a missed period.”  Rhiannon added that Jill’s comment gave her “an inexplicable urge to fight Roe v. Wade until my dying day.”

Over at Celeb*tchy, another blogger wrote, “These people don’t understand or care about statistics, they have an agenda and they’re going to promote it. Jill is all of 23, she’s parroting everything she’s learned to date. Jill got married so she could have sex, she’s said so before, and she’s having sex so she can have as many kids as possible, just like her mom.”

While the Dillards haven’t said they want to have “as many kids as possible,” they did tell Page Six that they plan to continue to be open to life, just like Jill’s parents, who launched the family to fame as stars of the reality show 19 Kids and Counting.

“I have loved having lots of brothers and sisters, and although Derick comes from a family with just one brother, both of us would love to have as many children as God will give us,” Jill told Page Six. “We are also open to the possibility of adoption.”