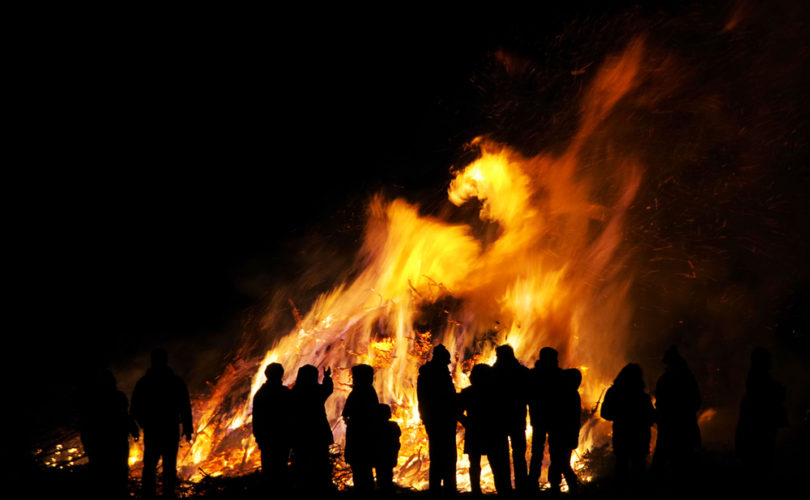 November 3, 2015 (LiveActionNews) — Renee Chelian, owner of the Michigan abortion facility chain, Northland Family Planning, told a National Abortion Federation conference audience in 2014 that if it weren’t for the “PR nightmare,” it would be a “great idea” to burn the remains of aborted babies for energy.

As gruesome as this sounds, Chelian isn’t the first to have this idea. Also in 2014, CBS reported that an Oregon incinerator may have been generating electricity by burning the remains of aborted children. That same year, a UK Telegraph report found that the remains of more than 15,000 babies were incinerated as ‘clinical waste’ by hospitals in Britain, with some used in ‘waste to energy’ plants.

Earlier in the conversation on the leaked video recorded by The Center for Medical Progress, Renee Chelian joked about wanting to take aborted babies from her clinic into a field and burn them. The trouble is, that idea also wasn’t new. An Oklahoma abortionist making headlines this month, Dr. Nareshkumar Patel, tried the idea two decades ago…

Um…Nobody wants to talk about dead bodies. Um, and nobody but me. I’m just saying. There was a point when Stericycle fired us that I had 5 months worth of fetal tissue in my freezers. We were renting freezers to put them in.

It was all I thought about, was fetal tissue. Like, I was so consumed with fetal tissue, I was ready to drive to upper Michigan and have a bonfire. And I was just trying to figure out, you know, how I wouldn’t get stopped. Or, you know, how far into the woods would I have to go to have this fire that nobody was going to see me… I mean it was the worst, I dreamed about how to dispose of fetal tissue. And the garbage disposal was an option…”

Well, in 1992, that’s what Patel did. He was investigated for burning a large amount of aborted children in a field near Shawnee, Oklahoma, but was never charged.

A 1992 NewsOK article on Patel reads:

Patel, an obstetrician-gynecologist, told Pottawatomie County sheriff’s deputies that he attempted to incinerate the fetuses because he was having trouble finding someone else to handle the aborted tissue.

Did you hear that, Renee Chelian? Patel has already disposed of aborted children in the sick way you suggested and was never prosecuted for doing so. But the only reason charges were not brought against Patel at that time was because there were no laws on the books to prohibit the heinous act. “There’s no criminal law that can be applied,” District Attorney Miles Zimmerman said at the time.

As Live Action News previously reported, 23 years later, Patel finds himself in trouble again, this time for performing abortions on women who were not pregnant. Patel, whose sordid history also includes accusations of sexual abuse, was ordered to serve 18 days at a correctional facility after he pleaded guilty to the charges. Patel agreed to pay a $20,000 fine and never practice medicine again or own any interests in any more abortion facilities.