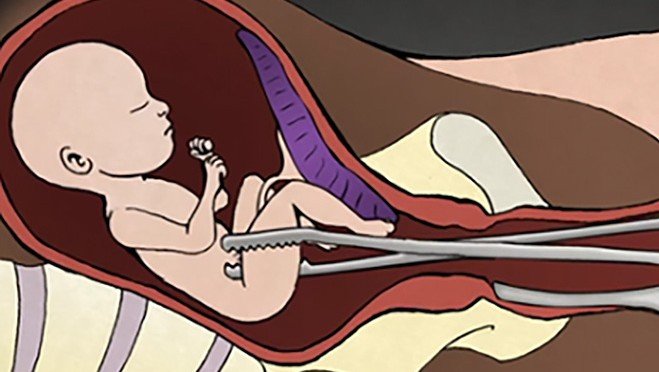 June 10, 2016 (LiveActionNews) — The abortion movement is prone to ignoring the truth. Many (but not all) support abortion because they deny the scientific fact that life begins at conception.

The abortion industry would prefer to keep women in the dark about what abortion procedures actually involve. This is why they perpetuate biased descriptions and explanations, and oppose informed consent laws.

Pro-abortion allies in the mainstream media are also joining in. LiveActionNews’ Cassy Fiano recently highlighted the claim from Vox that it’s a tactic of the pro-life movement to ban abortion by “grossing people out.”

Communicating the facts about what abortion procedures actually entail not only leads to an informed citizenry, but changed hearts and minds. Pro-lifers aren’t responsible for the procedure—they’re merely telling the truth.

Abortion supporters need to know exactly what they are rallying behind when they say they support “choice” or “reproductive freedom.” They owe it to themselves to find out the truth about what the abortion procedure actually entails. If they advocate for abortion, they ought to engage in a civil debate from an informed perspective.

Those who don’t know the truth, or who do understand it and hide the truth from women, do more than engage in the deaths of innocent preborn children. The killing of over 1 million children every year in America is certainly the most egregious result of a pro-abortion viewpoint, but the fact that many supporters do so out of voluntary ignorance —which they force upon women they claim to help — makes it even worse.