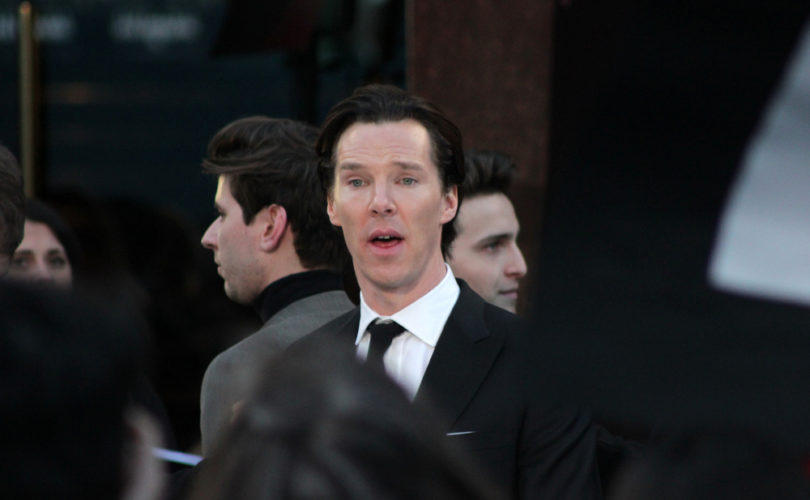 The “Christian Right” is not only  “homophobic”  but also actively experiments on gays with science, according to “Sherlock” actor Benedict Cumberbatch.

In an interview with Marlow Stern of The Daily Beast published Sept. 8, the English actor also said that the U.S. needs to have a female president next, followed by a gay president. Cumberbatch’s comments were apparently inspired by the lyrics to a Morrissey song.

Speaking about his role in a new movie as British WWII codebreaker Alan Turing, who was gay, the interview quickly turned to the subject of American homophobia and the Christian right’s treatment of gays around the world thanks to leading questions by The Daily Beast’s Stern.

Cumberbatch’s critical comments came after Stern brought up a scene where Cumberbatch’s character undergoes a chemical castration, at the hands of the British government.

Stern: The scenes of Turing undergoing the chemical castration are really gut wrenching.

Cumberbatch: And it’s still going on in North America with the Christian far right! There are courses and doctors and meds handed out to “cure” people of their homosexuality, and it’s shocking that it still goes on. It’s also shocking that any time there’s any kind of hardship, the minorities are immediately scapegoated—and that includes homosexuals in Russia, the Golden Dawn in Greece. The Golden Dawn came out of a financial crisis and people wanted answers, and the minute you start stirring up nationalistic feelings, minorities are the first people to get it because they’re the easiest to scapegoat. It’s terrifying.

Cumberbatch went on to add political advice for the United States saying, “You need to have a female president next, and then after that, a gay president. That’s the full journey from Obama’s legacy onwards.”

“There’s a great Morrissey lyric from ‘America Is Not the World’ from You Are the Quarry that goes, ‘In America, the land of the free, they said / And of opportunity, in a just and truthful way / But where the president is never black, female or gay, and until that day / You’ve got nothing to say to me, to help me believe.’ It’s quite an old song from before Obama took office, but you’ve done black, then you need to do female, then the next, gay’,” Cumberbatch insisted.

While Cumberbatch, known for playing Inspector Sherlock Holmes on BBC’s “Sherlock” and Khan in the latest “Star Trek” movie, often plays thoughtful and intelligent characters, the actor’s political discourse wasn’t very sophisticated. In the interview, for instance, Cumberbatch speculated a British Lord he doesn’t recognize is “probably gay,” since the Lord was not a gay rights activist. “They’re always the biggest homophobes,” Cumberbatch claimed.

Reprinted with permission from News Busters.org.