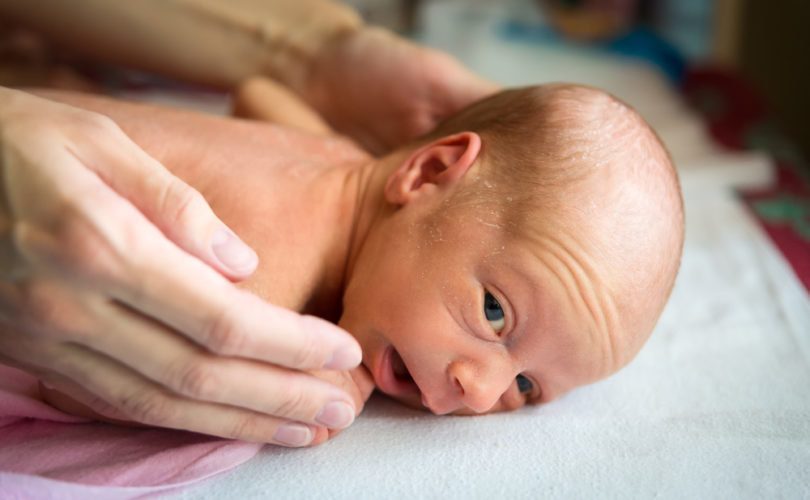 Baby's born at 26 weeks are nearly fully developed, and well past the point of viability.

November 12, 2015 (LiveActionNews) — This quote is from an abortion facility worker who was herself adopted. Her facility had recently started doing abortions up to the 26th week:

For me, there’s a lot of probably some hidden guilt that I’m not willing to look at about my adoption. That could have been me. You know, had my natural mother had access to abortion, this easily could have been me. And when you’re, you know, putting a fetus’s feet in over its head in a baggie, there’s just that brief moment of “this could have been me,” which I fundamentally believe is okay. She should have had a right to choose that, and I, being a religious person, believe that things happen for a reason…

It’s much more difficult when you see a twenty-six week face.

The aborted babies she is talking about would be a week older than the one below: