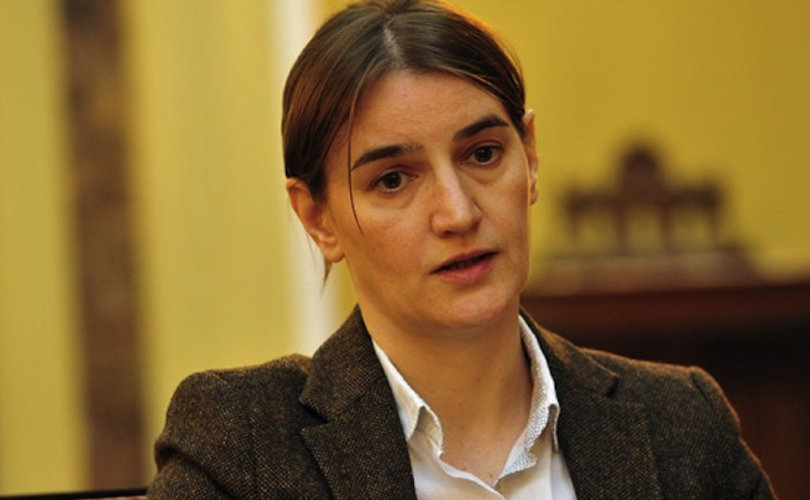 June 16, 2017 (LifeSiteNews) — Who knew that when Gauthier Destenay, “husband” of Luxembourg Prime Minister Xavier Bettel, posed with the wives of other heads of state gathered for a NATO summit in late May that it would be just the beginning of a homosexual European head of state triple play? The two men “married” each other in 2015.

A week or so later, Ireland's governing Fine Gael party elected homosexual Leo Varadkar as its new leader.  His ascension to power as an open homosexual was a startling development in an island nation once known for its traditional Catholic culture.

But the news doesn’t stop there.

Serbia’s president has just nominated Ana Brnabic, a lesbian, as prime minister-designate. She and her cabinet await approval by Serbia’s parliament next week, but this is viewed by most observers as a formality.

Regarding her homosexuality, Brnabic told the Associated Press, “Hopefully, this will blow over in three or four days, and then I won't be known as the gay minister.”