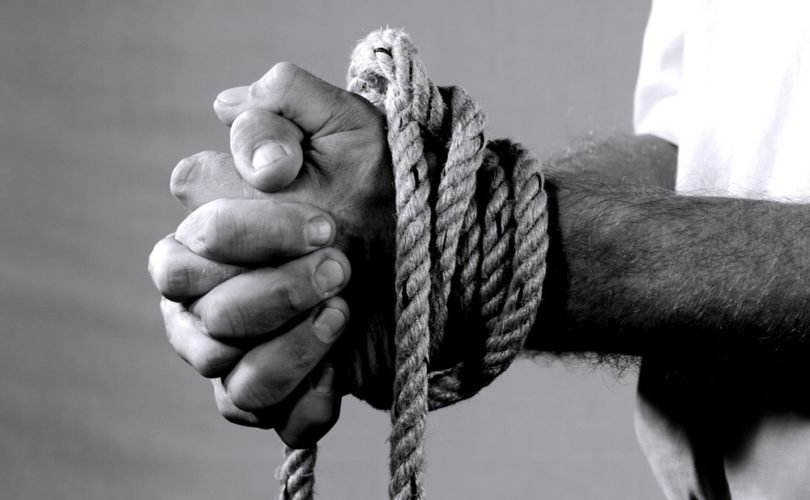 The Priestly Fraternity of St. Peter has declared today, August 1, to be a World Day of Prayer for Persecuted Christians in Iraq, Syria and the Middle East. They ask that Christians use this day to pray for the perseverance of their Christian brethren in war-torn areas, and that they will be delivered from further suffering. It is fitting that all people of good faith pray for this.

At The Federalist, writer Mollie Hemingway says we need to pray, but we also need to be practical. She says we need to inform ourselves and others about what is happening in the Middle East, why it’s happening, and what we can do – practically – to help. She refers her readers to an article by Nina Shea at Fox News that bluntly tells us that only Americans can save the Christians in Iraq:

The last of Mosul’s Christians, those some 5,000 professors, doctors, lawyers, mechanics and their families that left between June 10 and July 19, find themselves suddenly destitute and homeless because of their faith. Some went to the nearest Nineveh Christian villages, temporarily sheltering in schools and churches. These villages would be vulnerable to ISIS attacks, too, but for their protection by the Kurds, who are, themselves, Sunni Muslim. Water and electricity have been cut off for some by ISIS, who told one Christian town official, “You don’t deserve to drink water,” reported Archdeacon Youkhana. The residents are desperately digging wells.

Many more have fled to Kurdistan, where there are ancestral Christian villages and big cities.

On July 19, the Kurdish Regional Government issued a statement welcoming the Christian exiles. It pledged the KRG to continue its “efforts and abilities to help those displaced” and called on the Kurdish people “to give all they can to aid the displaced Christian families.” It notes the Iraqi government “did not assume its responsibilities toward the displaced persons living in Kurdistan.”

ISIS control over Iraq’s territory presents an enormous threat to the region.

The religious cleansing of Mosul’s minorities is only part of the problem, but it is a grave crime against humanity, as well as a humanitarian catastrophe, that should no longer go overlooked in U.S. policy.

Hemingway calls this what it is: ethnic cleansing. Denial is not an option. Two thousand years of peaceful coexistence has been eradicated by ISIS, and the total eradication of the Christian faith in an area of the world where it has existed almost since its beginning is at stake. We must pray; we must also act.