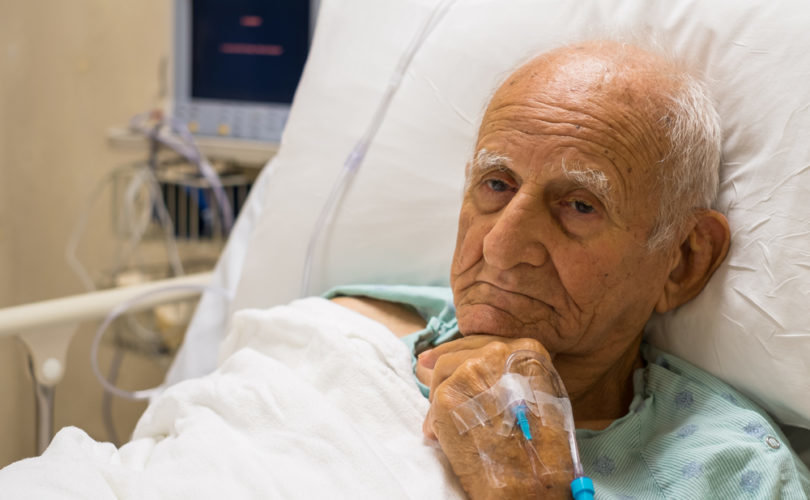 Philip Nitschke, Australia's Dr Death, stated in an email update today that the Australian Medical Board plans to de-register his medical license on Thursday, July 24 at midnight.

The issue related to the death of Nigel Brayley began with an article published by ABC news Australia, titled Families and friends concerned about who's being advised by euthanasia advocate Dr Nitschke, which uncovered the controversy related to Nitschke advising Brayley on how to commit suicide.

The article was followed by a media release from Paul Russell, the director of Hope Australia, demanding a national inquiry into the suicide deaths associated with Nitschke's work promoting suicide.

Russell is also the Vice Chair of the Euthanasia Prevention Coalition International.

Paul Russell followed up with an article, the next day, reporting the response of suicide prevention groups, BeyondBlue and the Black Dog Institute, to the comments by Nitschke related to the death of Brayley.

The Chairman of BeyondBlue and former Premier of Victoria, Jeff Kennett, referred to Nitschke's actions as a gross breach of the Hippocratic Oath while stating:

As a long-time supporter of euthanasia for the terminally ill, for those for whom the dignity of life has been lost, and under special conditions, I believe Dr Nitschke's latest act has crossed the line of decency and professional conduct. …

I trust the appropriate Medical Board or Boards, and Governments will move quickly to investigate Dr Nitschke's latest act. He has done society a great disservice, and in my opinion should no longer be registered to practise as a medical professional.

What he has supported is death. The taking or ending of a life. Some might even say murder of an able-bodied Australian who was in need of professional help.

Dr Nitschke has also inferred that anyone of sound mind should have the right to end their lives, regardless of age or condition. How totally reprehensible! Unacceptable.

It goes against everything we at BeyondBlue and like organisations and governments are working to deliver, a much lower suicide rate.

On Thursday, July 17, Paul Russell wrote another article announcing that Philip Nitschke had 48 hours to defend being struck off the medical board.

The Australian newspaper reported that Nitschke defended his actions before the Medical Board of Australia on July 21 by claiming that Brayley was not a patient but was a “serial killer” that was determined to commit suicide because the police were on to him.

The fact is that Nitschke has established a business that sells memberships, suicide manuals and devices and encourages suicide through advice that is offered on a personal basis, through workshops and contacts, or via the internet, through his website or social media.

In February 2010, I reported that the Victorian Institute of Forensic Medicine examined 51 Australian deaths from ingesting a lethal veterinary drug. The report found:

Further to that, the report found that of the 38 known deaths that were investigated by a coroner, only 11 had a significant physical illness or chronic pain with the remaining 27 cases showing no signs of physical problems.

The report suggested that the 27 otherwise healthy people who died from the drug were most likely depressed or mentally ill.

A recent murder in America may also be connected to Philip Nitschke.

One of the most read articles on euthanasia and assisted suicide is: Nitschke continues to promote lethal drugs over the internet.