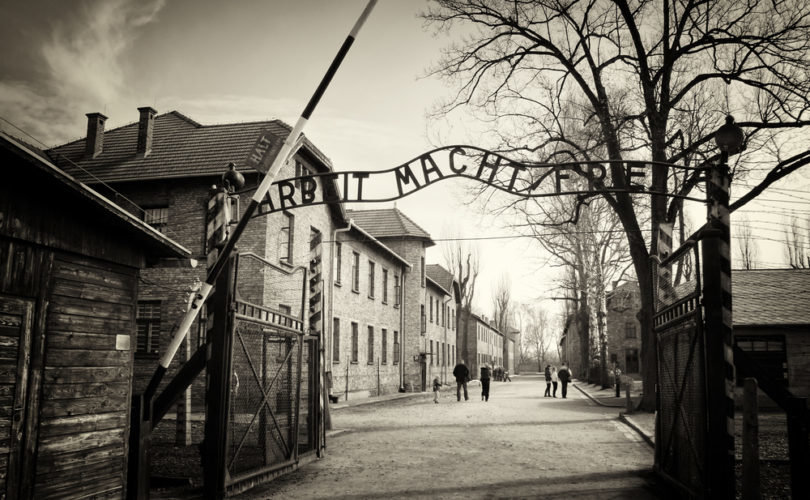 In the category of “Signs of the Apocalypse,” a Belgian doctor has invited some of his peers for a tour of the Nazi death camp Auschwitz, calling it “inspiring” and an opportunity to “clarify confusion” about euthanasia and dying.

The intentions of Dr. Wim Distelmans, who famously killed a transsexual man on TV and last year killed deaf twins who were going blind, are shockingly and succinctly outlined by The Daily Mail:

Dr Distelmans, who co-ordinates legalised killings from his Brussels clinic, has circulated a brochure advertising the three-day tour for a cost of £470, including visits to the Auschwitz gas chambers and a ‘seminar’ on issues including euthanasia, which is legal in Belgium.

He said in the leaflet that Auschwitz, in Poland, where a million people were put to death, was ‘the pre-eminent symbol of a degrading end of life’. He added: ‘This site is an inspiring venue for organising a seminar and reflecting on these issues so that we can consider and clarify confusions.’

It is widely acknowledged that the Nazi euthanasia program was a trial run for the death camps. It began in 1939 with the mercy killing of a severely disabled child. By the end of World War II, 5,000 sick and “idiot” children had received the blessing of a mercy killing. This experience was so fruitful that it grew into the T4 program for the mercy killing of chronically ill and disabled adults. There were so many of these that Hitler’s mercy killing technicians invented the gas chambers which proved so effective at Auschwitz.

It is gratifying for us to see Dr Distelmans connect the dots between euthanasia in Brussels and the atrocities of Auschwitz. It confirms for us the dark future of Belgium’s legal euthanasia. It should terrify all the chronically ill and disabled who live there.

And from a Jewish critic:

Liberal Democrat peer Lord Carlile, the son of Polish Jewish immigrants, said: “This is shocking. It will cause offence to a lot of people throughout Europe, whichever side of the argument they are on. I am all in favour of people going to Auschwitz to find out the oppression that happened there, but to describe it as an inspiring setting suggests he is either mad, stupid or incompetent.”

At any rate, Distelmans' invitation can be seen here, though it's not in English. Here's hoping that the backlash will stop his peers from joining him.