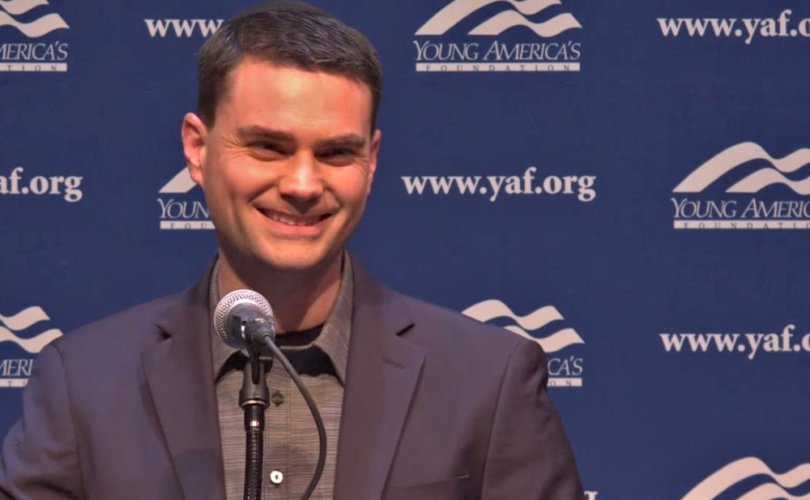 A student challenged Shapiro on abortion, asking “why, exactly, do you think a first-trimester fetus has moral value.”

Shapiro answered: “A first-trimester fetus has moral value because whether you consider it a potential human life or a full-on human life, it has more value than just a cluster of cells. If left to its natural processes, it will grow into a baby.”

Shapiro said that the real question is “where do you draw the line” between a fetus that’s not human, and one that is?

“The problem is, any time you draw any line other than the inception [sic] of the child, you end up drawing a false line that can also be applied to people who are adults,” he explained. “So, either human life has intrinsic value or it doesn’t.”

When Shapiro asked the student if adult life has “intrinsic value,” the student replied that “sentience” is what gives life moral value, not the fact of “being human alone.”

Shapiro then proceeded to tear the argument apart.

“So when you’re asleep, can I stab you?” Shapiro asked.

“OK, if you are in a coma from which you may awake, can I stab you?” Shapiro retorted.

The student said “no,” adding that a person in a coma still has “potential sentience.”

The student can feebly be heard responding “yeah…” before the crowd drowns him out as it cheered in recognition of Shapiro’s dazzling checkmate.

Commented Chris Pandolfo on Conservative Review: “It’s clear why Berkeley was so reluctant to have Shapiro speak on campus. Every time he opens his mouth, liberal arguments are annihilated.”