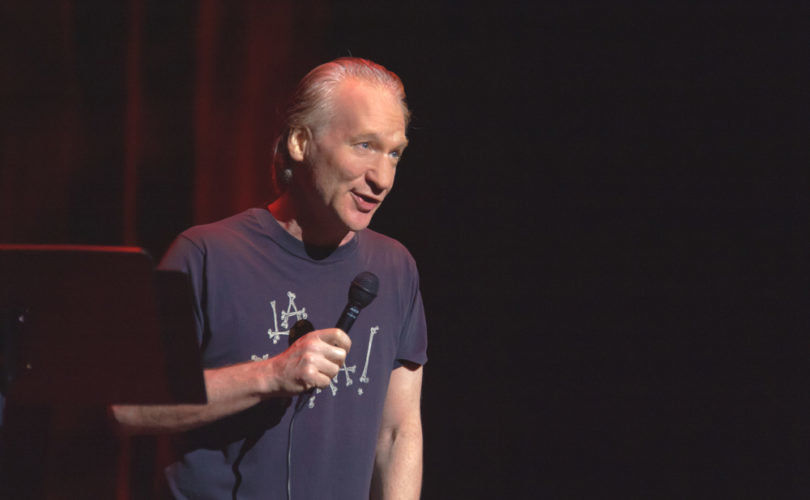 It might be aborted babies who are today’s (would-be) criminals, according to comedian Bill Maher’s line of thinking.

John Ridley, the creator, writer and director of ABC's American Crime and writer of the film 12 Years a Slave, appeared as a guest on Real Time with Bill Maher on March 6. Maher asked Ridley about America’s dropping crime rates and suggested abortion could be the reason because then “less unwanted babies are born.”

“As someone who’s done so much research, I’m sure you have, as you always do, on crime, why do you think crime has gone down as it has, almost across the board in this country, for years now?” Maher asked. “I mean, there are theories from everything from abortion is legal – so less unwanted babies are born – to lead and paint.”

At the mention of abortion, Ridley shook his head “no.” He said he’d heard that claim before, but said, “I would say there are many things.”

Ridley, who has joked about abortion in the past, mentioned nearly everything but abortion in his explanation for less crime. He cited the aging population and an improving economy, among other things.

“I think unfortunately, you're still seeing people who are disadvantaged who get locked in a cycle. Young people of color once you get convicted of a crime if you go to jail it becomes that much harder to get a job. So there are cycles that continue,” Ridley said. “But we are all sold on the fear, you know, it's violent crime. It's all out there. The FBI statistics say no we are a safer society we are actually a more respectful society.”

Maher may have been referring to the Donohue-Levitt hypothesis, which claimed that legal abortion lowers the crime rate. Pro-life activists have debunked the hypothesis. In 2012, Dr. Brian Clowes from Human Life International argued, “The point here is this: No matter how terrible a home environment is, no child is certain to become a criminal.”

Maher boasts of his habit of joking about abortion – to his pro-choice audience.