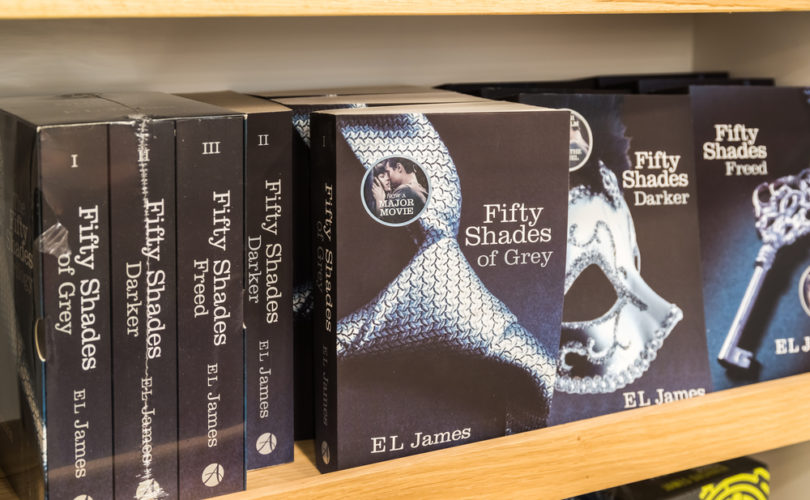 March 20, 2015 (CardinalNewmanSociety) — The scandalous Fifty Shades of Grey novels are back on the shelves of the Boston College campus bookstore after the Jesuit institution reportedly “urged the company to reconsider its decision” to remove the books following student complaints about their inappropriateness, according to a report from The Boston Globe.

The story of Fifty Shades of Grey is described by LifeSiteNews as “the tale of a sado-masochistic sexual relationship between a young, vulnerable student, Anastasia, and an older billionaire, Christian Grey.” The original novel was published in 2011 and the movie adaptation was released earlier this year. The book’s two sequels were published in 2012, and movies are planned for both. LifeSite reported that critics “have described the book as misogynistic, pornographic, exploitative, sexually violent, and anti-romance.”

The Boston College bookstore—run by college bookseller Follet Corp.—removed the pornographic novels from its shelves, according to a report from March 12. When asked why the books were initially removed, bookstore director Tina Plotegher told Boston College’s student newspaper, The Heights, that some students “didn’t believe the University should be promoting a book that goes against Catholic religion.”

A final complaint about the books “was sent by email to the Bookstore and the University. The University emailed the BC Bookstore to bring the outside complaint to their attention,” The Heights reported.

The bookstore reportedly pulled the book so that customers would not be offended. While Boston College was apparently aware of the situation, Plotegher told the paper that the College did not ask the store to remove the book.

The books are now reportedly back on the shelves and available to students.

The Cardinal Newman Society contacted Boston College to ask for comment on the situation and how influencing the bookstore to reinstate the books could reflect poorly on its Catholic identity. No response was received by time of publication.