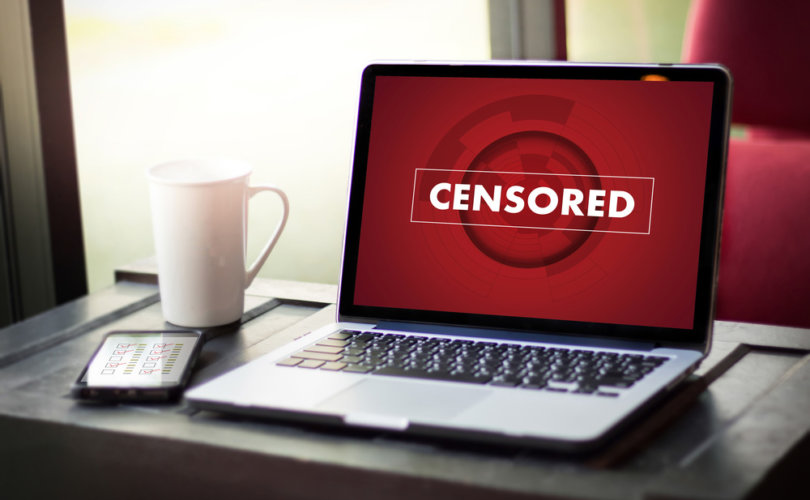 March 8, 2018 (LifeSiteNews) – A rapidly increasing assault against conservative information services, blogs and websites by the Internet giants Facebook, Google, YouTube, Twitter and Apple is causing major loss of readership and consternation for the conservative entities.

The censoring of conservative views appears to be Silicon Valley’s attempt to ensure that the upcoming mid-term elections are not permitted to repeat the massive conservative successes during the last presidential election period. That success was in large part due to widespread and very successful use of the Internet and social media by conservatives.

The Internet gatekeepers have been horrified that their services were used to bring about such a truly democratic victory that overrode the usual influence of the leftist establishment media and other information controllers.

A report from the Outline finds that conservative sites including Breitbart News and Fox have also seen dramatic falls in engagement, while mainstream sites like CNN and the New York Times were unaffected.

LifeSiteNews and very many other conservative websites are being hit hard by the blatant discrimination and abuse of the Internet giants’ virtual monopoly on communications via the Internet. The conservative services are finding it very difficult to communicate with their core audience that has expressed an active interest in receiving their alternative materials.

Using data from analytics service Buzzsumo, the online publication found a stark contrast in the engagement rate for conservative media vs. mainstream media, with the former dropping sharply while the latter held steady.

The Outline reports that engagement for conservative media, much like the decline in engagement on President Trump’s page, cannot be attributed to a decline in posting frequency.

…though Steve Bannon’s Breitbart was only posting roughly 9 percent less content, Breitbart’s engagement dropped by nearly 28 percent, and interactions with the wildly popular Prager U decreased by nearly 32 percent despite the fact that the site was publishing approximately 18 percent more content than in January.

Mainstream media saw their engagement hold steady or even increase, despite a moderate decline in posting frequency.

Read the full report at The Outline.

LifeSite tried to boost this pro-life heroine’s story online. But Facebook banned it