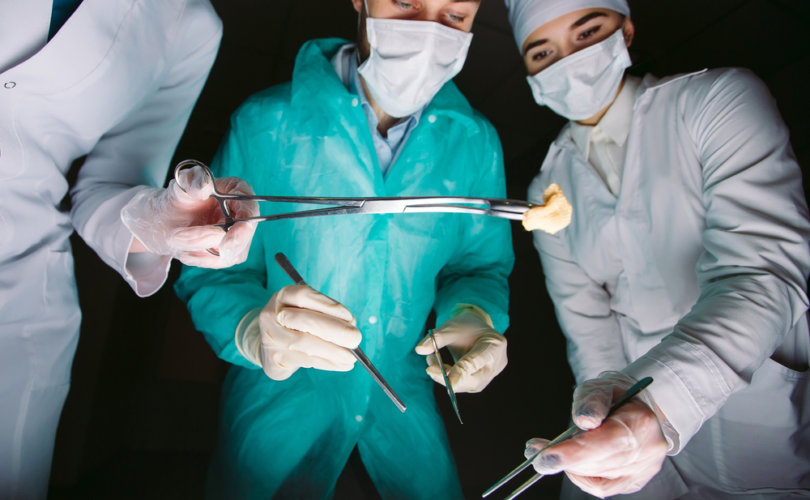 October 6, 2017 (LifeSiteNews) — The British government will presume people in England have bequeathed their organs to the state unless they sign an “opt-out” card.

Prime Minister Theresa May announced on October 4 that the old donation system, in which people registered to donate their organs after death, would be replaced by one in which people have to formally declare that they do not wish to donate.

“Our ability to help people who need transplants is limited by the number of organ donors that come forward,” May said. “That is why last year 500 people died because a suitable organ was not available. And there are 6,500 on the transplant list today.

“So to address this challenge that affects all communities in our country, we will change that system, shifting the balance of presumption in favour of organ donation.”

There is already an opt-out system in Wales, and Scotland’s Health Minister, Aileen Campbell, announced in June 2017 that a similar system would be tabled for legislation in Scotland as well.

Writing in England’s Catholic Herald, Peter C. Williams of the Right to Life expressed misgivings about the new “presumed consent.” While acknowledging that the Catholic Church values organ donation, Williams pointed out that there is a difference between an individual freely giving his organs through motives of charity and a government presuming it may lay claim to them.

“To take organs without explicit permission turns the charity and solidarity of true donation into a State-mandated nationalisation and plundering of the organs of every individual in the country upon their death,” Williams wrote.

“This violation of the dead inverts the proper normative relationship not only between doctors and patients, but Government and the governed: that we must give clear permission to non-necessary medical activity on our persons, and the use of our bodies,” he added.

“Giving our bodies to others is our prerogative, not that of the State or the medical system.”