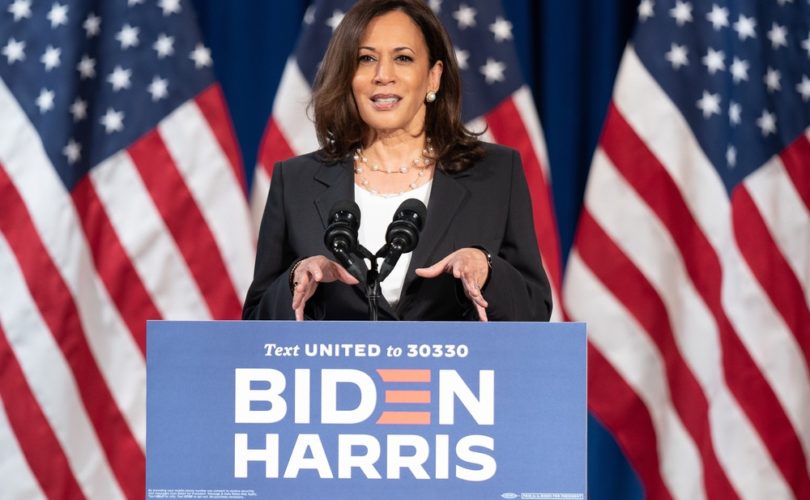 July 27, 2015 (LiveActionNews) — The Sacramento Bee reports that the California Attorney General, Kamala Harris, will investigate whether the Center for Medical Progress (CMP), based in California, broke the law in its work to expose the crimes of Planned Parenthood.

Harris and some Democratic members of the U.S. House seem to buy into the Planned Parenthood rhetoric which tries to throw the blame back on David Daleiden and his team at CMP. These Democratic representatives asked Harris for the investigation.

Harris, a Democratic candidate for the U.S. Senate, replied that she would investigate the California group.

In their letter to Harris and U.S. Attorney General Loretta E. Lynch, the Representatives detail the accusations against Daleiden. In a press release posted on Schakowsky’s page, comments from each of the four congressional members proclaim the need for Planned Parenthood.

The comments sound like the same song, echoing a chorus of accusation against pro-lifers who are “harassing” the sacred cow of the abortion giant. On and on the four Representatives go, singing the praises of Planned Parenthood, without once addressing what the abortion giant has been discovered doing on video.

I believe the Center for Medical Progress may have broken the law in developing and executing this unbelievably elaborate and troubling scheme, and all Americans should have concerns about that.  I hope that Attoneys [sic] General Lynch and Harris will investigate this case. – Schakowsky

Planned Parenthood is a well-respected and important organization in my community. – Lofgren

Like the millions of women who access their broad-range of health services every day, we trust Planned Parenthood. This video is nothing more than a witch hunt – an elaborate, possibly illegal, scheme to attack Planned Parenthood, undermine their life-saving work and deny the Constitutional and moral rights of women across the country. I urge the Department of Justice and the state of California to investigate the Center for Medical Progress and determine if their activities in planning and making these videos violated state and federal laws. We need to stand up to such bullying tactics and ensure that every woman is free to make her own health care decisions. – Nadler

I am deeply concerned about the allegations that federal and state laws were violated in an attempt to attack Planned Parenthood, an organization that provides critical health care services to more than three million men and women each year, and that the attack was coordinated by conservative activists who want to discredit Planned Parenthood and its work. – Clarke

U.S. Attorney General Lynch has also said she will examine CMP’s actions to see if there is any wrongdoing, and she will act after her review.

The fact that some U.S. Representatives are more concerned with taping a conversation or setting up a corporation than with the horrific actions of medical professionals who have clearly broken federal laws says a lot about the manipulative power Planned Parenthood has even – and perhaps especially – on government officials.