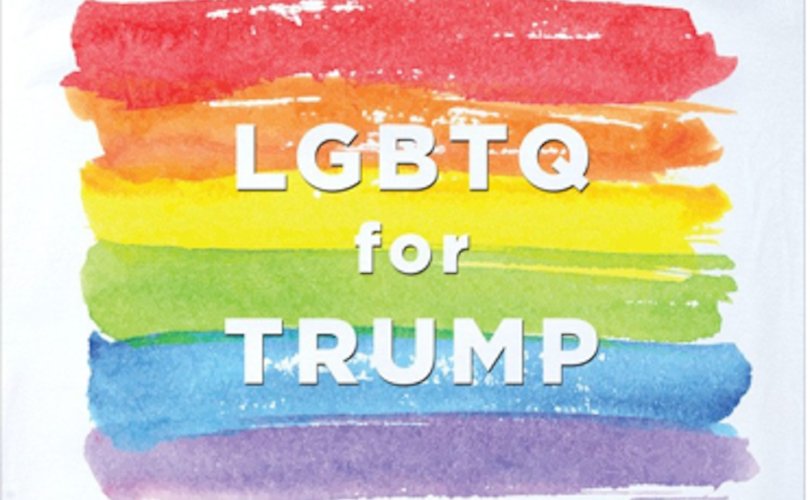 “Show your pride and your support for Trump with this exclusive equality tee,” the businessman-turned-politician’s web store encourages. The shirt’s text is on top of a rainbow flag, a symbol of the homosexual movement.

Trump has sent mixed messages to social conservatives throughout his campaign.  He has promised to advance “equality” for homosexuals but also said he thinks marriage should be a state issue.  After the Orlando nightclub massacre, Trump said he would “fight for” the “LGBT community.”

“Clinton wants to allow radical Islamic terrorists to pour into our country — they enslave women, and murder gays,” he said.

When he accepted the Republican nomination, Trump became the first presidential candidate from either party in history to use the term “LGBTQ community” in his speech.

However, the judges Trump says he would consider nominating to the Supreme Court have mostly strong records on life and family.