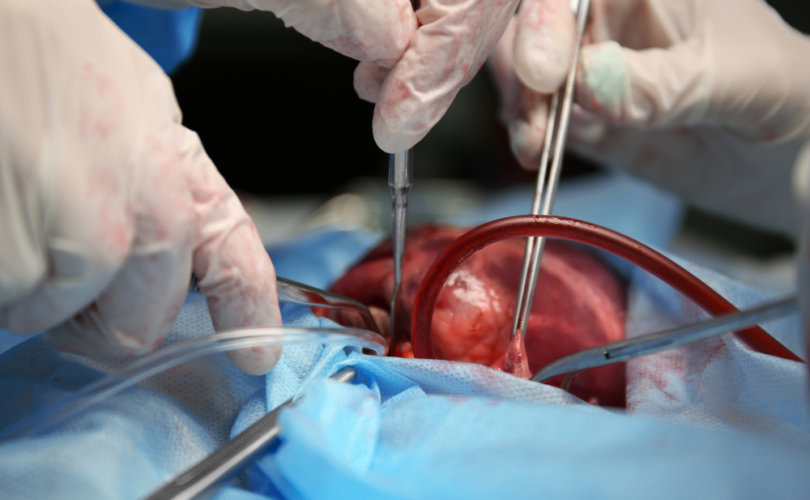 March 29, 2017 (BioEdge) — Taking advantage of the country’s new law, Canadian transplant surgeons have harvested organs from dozens of euthanasia patients. According to the National Post, 26 people in Ontario who died by lethal injection have donated tissue or organs. This involved mostly corneas, skin, heart valves, bones and tendons.

The National Post’s report only covered Ontario. Bioethicists, Transplant Quebec and an ethics committee of the Quebec government in Quebec argued last year that euthanasia could be a good source of organs, so it is quite possible that similar procedures have been carried out in that province as well.

“If we accept people can make decisions to end life, and we accept the idea of cardiac death being sufficient for organ donation, this should be acceptable,” Dr James Downar, of Dying with Dignity Canada, told the Post, to allay fears that patients could be pressured into donating organs.

Oddly enough, this is a topic which did not emerge in discussions about euthanasia before the Supreme Court legalised it in 2015. An influential report by a Royal Society of Canada Expert Panel did not even mention it, for instance, nor the Supreme Court’s decision in Carter vs Canada.

A recent article in the Impact Ethics blog by Professor Jennifer A. Chandler, of the University of Ottawa, pointed out that combining organ donation with euthanasia could lead to some tricky issues in ethics, law and conscientious objection:

• What if a patient seeks euthanasia to direct his donation to a family member? The potential for abuse is obvious.

• What if a next-of-kin is asked to approve organ donation after a person has been euthanised but has left no instructions?

• What if the transplant surgeon has a conscientious objection to the procedure? Should he be forced to do it?

• What if a recipient objects to receiving an organ from a euthanised patient?