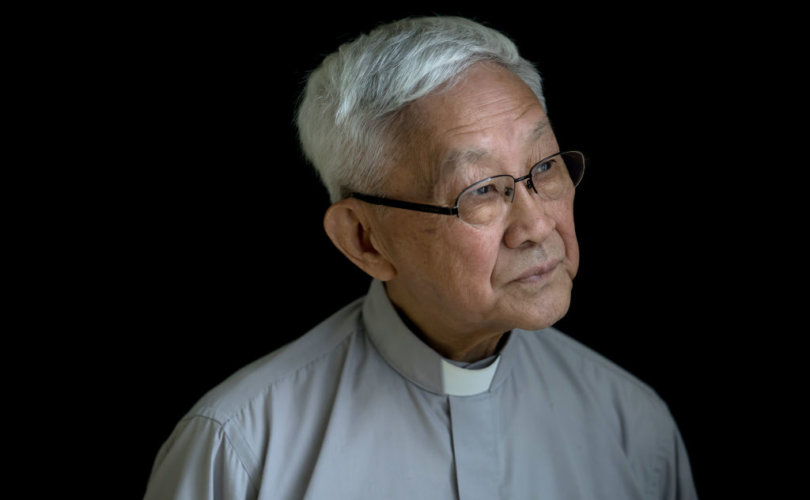 HONG KONG, June 14, 2019 (LifeSiteNews) ― An elderly cardinal is one of the faces of Hong Kong’s desire for freedom.

Cardinal Joseph Zen, 87, took part in a video protesting the erosion of the freedoms of the citizens of Hong Kong.

“This is a video announcement of the march that took place on June 9th to protest the new extradition law that the Hong Kong Legislative Council has been told (by Communist China) to pass,” Steve Mosher explained to LifeSiteNews by email.

“It means the end of the rule of law in Hong Kong. Any person who speaks out against China, offends a Chinese Communist official, or even has a dispute with his Chinese business partner can be extradited to China, to ‘stand trial’ there,” he continued.

“Communist Party officials dictate the outcome of all trials, and the standing order to the judges is that ‘China’ — which is to say, the Party and its officials — always wins.”

Mosher added that the amendments to two Hong Kong laws would put not only Hong Kong residents but travelers in danger.

“Such a move would put Hong Kong residents and anyone transiting through the city at serious risk of extradition to a legal system that lacks basic due process safeguards — to put it mildly,” he said. “The Hong Kong government should … withdraw the amendments.”

An estimated one million people took to the streets of Hong Kong on Sunday to show their opposition to the changes. Since then, citizens active in organizing the march have been arrested and interrogated, and during the week the demonstrators have become more violent, with police attacking unarmed protestors. According to the BBC, by Thursday, 72 people between the ages of 15 and 66 had been injured.

Speaking in concert with a musician, a social activist, and a young mother, Cardinal Zen declared on the video that “Today, I have become a fugitive.”