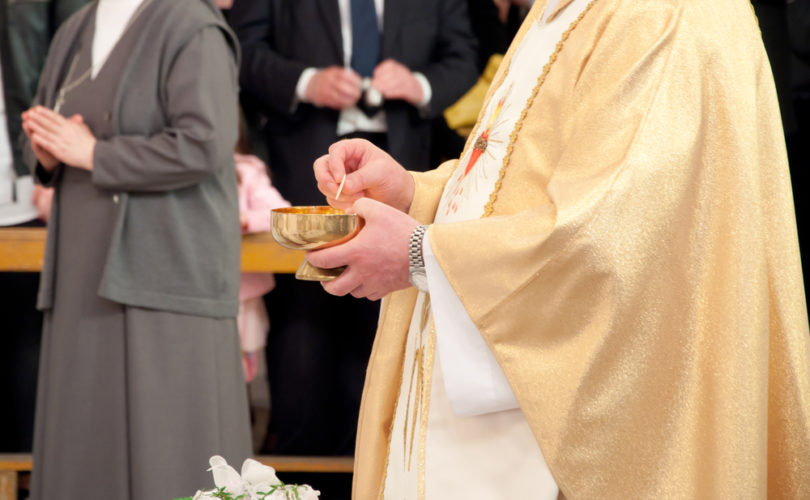 Cardinal George Pell, archbishop emeritus of Sydney and one of the most senior cardinals in the pontificate of Pope Francis, has written a foreword to a new book entitled The Gospel of the Family: Going Beyond Cardinal Kasper’s Proposal in the Debate on Marriage, Civil Re-Marriage, and Communion in the Church. The book will be published in October by Ignatius Press. The book’s authors are Stephan Kampowski, associate professor of philosophical anthropology, and Juan José Pérez-Soba, professor of pastoral theology, both at the Pontifical John Paul II Institute for Studies on Marriage and Family in Rome.

“The pressures for this change [Holy Communion for civilly-remarried divorced Catholics] are centered mainly in some European churches, where churchgoing is low and an increasing number of divorcees are choosing not to remarry. The issue is seen by both friends and foes of the Catholic tradition as a symbol—a prize in the clash between what remains of Christendom in Europe and an aggressive neo-paganism. Every opponent of Christianity wants the Church to capitulate on this issue.”

“Lifelong marriage is not simply a burden but a jewel, a life-giving institution. When societies recognize this beauty and goodness, they regularly protect it with effective disciplinary measures. They realize that doctrine and pastoral practice cannot be contradictory, and that one cannot maintain the indissolubility of marriage by allowing the “remarried” to receive Holy Communion.”

“One insurmountable barrier for those advocating a new doctrinal and pastoral discipline for the reception of Holy Communion is the almost complete unanimity of two thousand years of Catholic history on this point.”

“As well as the long-standing intuition that a weakened faith means fewer children, I think it highly likely that the decision to have no children, or very few, itself results often in a serious weakening of faith.”